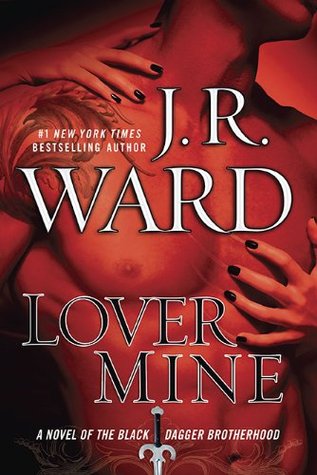 In the darkest corners of the night in Caldwell, New York, a conflict like no other rages. Long divided as a terrifying battleground for the vampires and their enemies, the city is home to a band of brothers born to defend their race: the warrior vampires of the Black Dagger Brotherhood.
John Matthew has come a long way since he was found living among humans, his vampire nature unknown to himself and to those around him. After he was taken in by the Brotherhood, no one could guess what his true history was- or his true identity. Indeed, the fallen Brother Darius has returned, but with a different face and a very different destiny. As a vicious personal vendetta takes John into the heart of the war, he will need to call up on both who he is now and who he once was in order to face off against evil incarnate.
Xhex, a symphath assassin, has long steeled herself against the attraction between her and John Matthew. Having already lost one lover to madness, she will not allow the male of worth to fall prey to the darkness of her twisted life. When fate intervenes, however, the two discover that love, like destiny, is inevitable between soul mates.

Just like most other BDB fans, I have been waiting for the release of Lover Mine with every breath over this past year. Actually, I have been waiting since we first met John Matthew (JM) and learned of his true identity back so many books ago. I remember thinking “When will he learn the truth?” But as I watched him grow over the past several books, the answer to that question became moot. Next it was “Who will be his mate?” and when we learned about Xhex, I was all “NO.” But like always, the WARDEN (as she is called by her fans), developed Xhex’s character and JM’s relationship with her wonderfully. Xhex truly is the perfect mate for JM.
After leaving readers of BDB with a cliff hanger at the end of Lover Avenged (April 2009), Ward picks up the story about 4 weeks after Xhex was abducted by Lash (really evil bad guy). Like the other BDB books, Lover Mine expresses the Points of View (POV) of several characters. We learn how deep JM’s feelings run for Xhex. We read what Lash is up to and how warped his “love” for Xhex is. We get a sense of how horrible Xhex’s past was and how strong-willed she is now. We visit the past by learning more about Darius and Tohr via flashbacks. We finally get some of the story from Blay and Qhuinn’s POV.  We learn more about Payne and understand her situation more clearly. And strangest of all, we follow a ghost-hunting, reality show star as he and his crew try to infiltrate a haunted B & B. The POV jumps all over, but in a thoughtful way. Although at times, I found myself turning ahead a few pages to get “back” to a specific story thread.
As we follow JM’s search for Xhex and watch her fight to escape, I would get flashbacks to earlier BDB storylines. Yet, this story is uniquely it’s own. Although there are times I would think, “This is a bit like [insert title of another BDB book],” the story would twist enough to remain different and interesting. The abduction storyline ended fairly swiftly and Ward moves on to the aftermath and hunt for Lash.
What I love about this book is that Ward keeps Xhex true. She is a warrior and an assassin. She can take care of herself and doesn’t need to be protected. Ward finds the right balance between Xhex’s independent strength and JM’s bonded male instincts. Their interactions are a wonderful blend of emotional toughness and tender love.
For those wanting to learn more about Blay and Qhuinn, you will not be disappointed. (This is NOT a comment on whether or not they hook up!) With the POV written from both characters, we learn how each character feels inside. No more guessing. No more hypotheses. We learn THETRUTH. It’s an emotional roller coaster which will continue on to another story.
One thing I found out of place initially was the ghost-hunter storyline. I knew it must be tied to the overall Brotherhood story, but it just didn’t make sense to me. And then the “ah ha” lightbulb turned on about halfway through the book. It’s a good connection, one that you will probably guess sooner than I did.
Also fantastic are the Darius flashbacks. They bring the JM and Xhex story full circle. They also help us understand Tohr a bit more. Like the ghost-hunter storyline, the flashbacks have a lot of relevance to the current situation, and at some point while reading you will probably get another “ah ha” moment as you piece it all together.
I would be remiss if I did not mention Payne. We have more from her POV. We see her sessions with Wrath, but we also see her interact with the few chosen that remain on the other side with the Scribe Virgin. Her story is next, and Lover Mine sets the stage for another great story.
Finally, there are a few surprises tossed into this book. Most of them I worked out on my own (see the “ah ha” sections above), but there was one thing that took me by complete surprise and it was just awesome. I love when I don’t see something coming, especially if I like the result. Let’s discuss after you’ve read the story!
In the end, this is another great story by Ward. The story has some of Ward’s usual quirks and maybe things don’t always flow just right. There was a bit too much non-consensual (and violent) sex, and our heroes made a few too many trips to the “ER.” But like always, I tend to glaze over these concerns/issues because the BDB world is so amazing. Ward just gets it. And once again, I love the ride. I have to rank this as one of my favorite BDB stories.