Long before the half-naked movie stars and book boyfriends of today, I had a crush. In fact, I had a lot of crushes, and thank GOD for Tiger Beat magazine for supplying me with the photos I needed to pin to my bedroom walls. There may have been a few men in my life earlier than 13 years old, but that is when the hormones hit full stride. 7th grade. Oh my, 1983-1984 was a wonderful year. MTV was just catching on and music videos were starting to filter in. I was getting plugged into movies, TV and pop culture. Casey Kasem was the god of Sunday afternoons. And if I could get my parents to drop me off at the movie theater, I was queen.


I have to say, I was not a one-crush kind of girl. Here are some examples of what I was listening to and watching during those years: 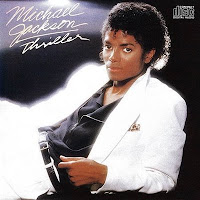 
I had crushes on them all. I remember someone telling me that Kevin Bacon was like 30 when we saw him in Footloose and I didn’t care. He was SO HOT!! And JAKE from 16 Candles? *swoon*  But even better was shy lil’ Michael Jackson and dirty Prince! And I had SUCH a crush on Duran Duran. I would write “Mrs. John Taylor” on my school notebooks!


But the ULTIMATE crush movie of that time was The Outsiders. I mean… HELLO… Look at the cast: 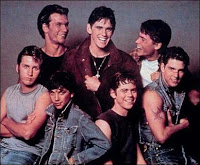 It was the Dream Team of 1983! *SWOON* I was totally in love with C. Thomas Howell. I would pretend I would meet him and hang out. Oh, my crazy 7th grade hormones… Hanging out! it was the cool thing to do then!


As a treat, I thought I would pull out my photo album from that time and share with you this picture I had taken of my bedroom closet. Consider this my FIRST CRUSH: 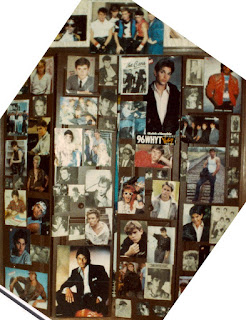 Please join my fellow bloggers as they talk about their first crushes as well:


Let me know: who was your first crush?

————-
ONLY 2 MORE DAYS (ending midnight 5/16)…  Don’t forget to enter my giveaway! Rules and entry can be found HERE.  If you get me a new follower via your tweet or blog post, you get 5 additional entries!