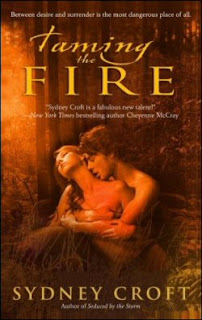 POWER. PLEASURE. DANGER. IT DOESN’T GET ANY HOTTER THAN THIS.
He came to the underground London club for a night of extreme sex play with the enigmatic “Mistress Rik”. But the Special Agent known as Trance is really on a search-and-rescue mission to keep her alive. Part predator, Ulrika “Rik” Jaegar possesses feral powers that make her a danger to others–and to herself. That’s why the Agency for Covert Rare Operatives (ACRO) wants to recruit her to their side….To do so, Trance will have to pull off the impossible: capture and control Rik, both woman and beast.
On the run from the deadly agency that changed her into a pleasure-seeking shape shifter, Rik uses sex to rein in her own raging desires. Operating on pure instinct, she trusts no one…especially the magnificent alpha male with the power to seduce her into submission. An undercover agent with unique hypnotic gifts, Trance is surprised by his instinct to hold Rik and keep her safe — but he has a job to do. And as he hunts her down, as Rik and Trance are thrust into the ultimate game of domination and submission, they’ll enter a place where surrender is their sole hope of survival — and the only thing that can tame the wild beast in both of them…

This is the fourth book in the ACRO series, but it is the first book of a new “story arc” within the ACRO world.
The story opens with ACRO agent Trance trying to bring in shifter and ex-ITOR agent Rik. Rik is a mistress in a BDSM club and Trance has a bondage/Dom history. The books gives the reader an insight into this underground world, but I just couldn’t connect. I don’t know if it was because of the extreme sex play or just this story, but their sex scenes weren’t emotionally satisfying to me – I just couldn’t grasp their need to Dom/sub over one another.
The story moves quickly with Rik and Trance developing a connection, but building a trust on false pretenses (Trance lies about his true identity.) While on the run, Trance continues to foster the trust with more lies, and of course, when the truth all comes out, Rik is incredibly upset.  I think this was also part of the reason I didn’t connect as deeply with the couple – knowing that the relationship and trust was built on lies, and that Rik had been abused so much in the past, just bothered me. Once the couple get back to ACRO, Trance and Rik learn to trust one another and start to fall in love. But then BAM a major issue comes out of the woodwork. Trance unfairly cuts Rik out of his life, and I felt a bit let down by the story and Trance’s character.  And when the couple FINALLY reunites in literally the last pages of the story, it just didn’t hold an emotional punch for me.
One thing I loved was Rik’s character. She is a strong, alpha female who doesn’t trust easily. I enjoyed watching her learn to overcome her own fears and past to build stronger relationships with those around her.  But best is her self-development with her inner beast (AKA Cujo).
As for the enjoyable side stories, there were some changes. With Annika and Creed getting their HEA in the previous story, we move onto lost ACRO agent, Ryan and his mystery girl, Coco (aka Meg). I was looking forward to another multi-book story arc with these two, similar to A/C, but this one was wrapped up within this book. I didn’t feel the strong emotional connection with this couple as I did with A/C.  Both Meg and Ryan’s emotional states were too much of a roller coaster ride for me – hurt one moment, completely in love the next. I think if their story had more time to develop, it would have been more emotionally satisfying.
*SPOILER IF YOU HAVEN’T READ FIRST THREE BOOKS*
My love from each book has been ACRO’s leader, Devlin. In the third book, Seduced by the Storm, Dev was finally reunited with his long-time on again/off again true love, Oz.  And then Oz was killed, and his death destroyed me.  Now Dev’s storyline is moving forward and I’m not sure what to make of it. I found his transition to Dev’s new love too quick – but then again, I adored Oz and their relationship was so powerful for me. I am hopeful that we will learn more about Dev and Gabe in the next book, and that their story isn’t quite finished.
Overall the book moved quickly and was a good read. However, I found myself (unfairly) comparing the story to the prior three, and it just didn’t measure up to the emotional satisfaction I found in those books. I still enjoyed it and look forward to the next book (coming this summer).
My Rating: