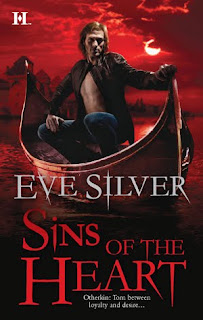 As the son of Sutekh, the lord of evil, Dagan Krayle is one of the most powerful soul reapers. Dagan intends to use every ounce of his power to find his brother’s remains and punish those responsible for his brutal death. But he must move swiftly-and carefully-if he is to have any chance of bringing his brother back to this world, because his enemy is on the hunt.
Otherkin Roxy Tam will stop at nothing to keep the soul reapers from resurrecting Dagan’s brother. To allow Sutekh access to his remains would wreak havoc and destruction on the mortal world…and would be her unforgivable failure.
Neither Dagan nor Roxy expect to join forces for the sake of mankind. Or have their loyalties tested as they struggle against the potent desire that threatens to consume them both….
What I’m talking about:
Roxy Tam led a pretty rough life and at 19-years old, it was soon going to be over. Kidnapped by a serial rapist and killer, she had no hope for escape. That is until Dagan Krayle found her.  She watched in terror as he reached into the chests of her captors, removed their hearts and an oily-like, gray substance known as the “darksoul.” He then let her go. Fast forward 11 years and Roxy is now deeply involved with the supernatural and hopes some day to find Dagan again so that she can make him pay for the horrors he brought into her life that fate-filled night. Or, so she tells herself, even though she can’t stop dreaming about Dagan in the most intimate of ways.
Welcome to the exciting world of Egyptian mythology! This story is deeply routed in a complex mythology based on ancient Egyptian gods and goddesses, and many other existing underworld stories. It took some time for me to get a clear grasp on each of the characters and their roles in this elaborate world, but figuring it all out was half of the fun.
In addition to the wonderfully intricate mythology, Ms. Silver spins a tale of mystery and suspense.  I found myself biting my nails as Roxy and Dagan slowly unraveled the mystery of who or what killed Dagan’s brother (which by the way, is supposed to be impossible). Both characters are unsure who to trust, including each other, and with so much going on, I wasn’t sure who to believe, either!
And let me quickly talk about Dagan and Roxy… they are one hot ticket!  Even though there was an instant attraction, they each went their separate ways. Never knowing what became of the other, neither could forget that night, which lead to 11 long years of smexy dreaming. So after all that time, the pent up frustration and anger leads to an amazingly hot first kiss and… some other sizzling things as well!
The downside of this story with so many moving parts is that there were many questions left unanswered and situations unresolved, whether by design or accident, I’m not sure. I say this because the overall story by no means ends with Sins of the Heart.  While Dagan and Roxy get their Happily Ever After (HEA), the mystery of whodunit is left wide open, with only a few pieces of the puzzle in place. This was a bit frustrating for me, because I am not a fan of cliff-hanger type endings.  However, I was comforted in the fact that Roxy and Dagan did get their HEA and will face the unknown together.
Ms. Silver does a superb job of describing each little detail, from the way Dagan eats his lollipops, to the color of Roxy’s eyes. I enjoyed all of the finer points, but did get a bit run down by the constant reminders of certain facts (like the soul reapers don’t dream or that Roxy and Dagan are supposed to be enemies).
Sins of the Heart has a great mix of action, mystery and romance, and in spite of the open ending, it was an enjoyable read, with complex mythology and whodunit tale. I look forward to the next installment of this series, Sins of the Soul, due out on August 31, 2010.
My Rating:

Liked it a lot – recommend
——-
And don’t forget to enter my 300 Follower mini-giveaway for a chance to win a $10 online bookstore gift card. For entry and rules click HERE.

One response to “Review: Sins of the Heart by Eve Silver”