Today I have the honor of bringing to you mystery/suspense author Shirley Wells (and a GIVEAWAY… Keep reading!).  Shirley lives in the UK and says she is “lucky enough to live in Lancashire where my novels are set. I say lucky because I’m very lazy when it comes to research so I like being on the spot.”  She also feels fortunate to be able to write full-time.

She shares her home with her husband, two dogs and two cats. When the dogs aren’t taking her for long walks over the hills, they’re sleeping under her desk. She also notes that her cats are busy learning to type, and says “They’ve grasped the point of the Delete key but other than that, progress is painfully slow.”
Please help me welcome Shirley to That’s What I’m Talking About.
Twimom: Shirley, welcome and thank you for stopping by.
Shirley:  Thank you, Jen.
Twimom: How long have you been writing? How did you start? What are your inspirations?
Shirley:  I’ve been writing for more years than I care to remember. I began writing short stories for women’s magazines, mostly romances and mostly published in the UK and Scandinavia. I’d had a couple of hundred of these published when an editor from a UK magazine asked me to write a full-length serial.
My horrified response was “Don’t be silly, I couldn’t do that. My stories are between 2,000 and 5,000 words. I can’t write 60,000!” She was desperate persuasive though and I stumbled through my first full-length work for the magazine. And loved the process!
To date, I’ve had around 600 short stories published and a dozen serials.
In 2003 I remarried and found myself with a new name and a new home in the north of England. Lancashire to be precise.
Until then, I’d been writing as Shirley Worrall and none of the magazines were interested in publishing anything by this unknown Shirley Wells. Everything I wrote for them had to have my Shirley Worrall byline.
I was determined to use my shiny new name, however, and decided to fool everyone by taking a complete change of direction. I’d always loved reading crime/mysteries and I began to wonder if I could write one.
In 2005, not knowing if it would ever see the light of day, I decided to go for it. I’m pleased to say my first mystery, Into the Shadows, was published in 2007.
Twimom: Great story and good for you! Your most current release is mystery/suspense… Do you write any other genres?
Shirley: Not now. I’m totally hooked on the genre.
As a writer, it gives me the opportunity to delve into the darker side of people’s minds. For instance, I’ve never been interested in ‘how’ a murder is committed but I find the ‘why’ fascinating. I’m sure some people are born evil, but most aren’t. That someone can be driven to murder fascinates me. Some of my villains, believe it or not, are likable folk!
As a reader, I love pitting my wits against the police, private investigators or amateur sleuths. 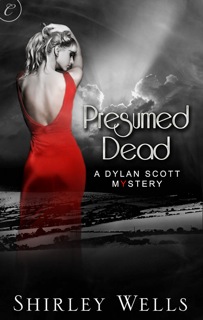 Twimom: Yes, I can understand. When reading Presumed Dead, I was constantly trying to out-think Dylan.  Can you tell me more about Dylan Scott and your plans for the series?
Shirley: I have to confess here that I’m a bit of a gadget-girl and all the talk about e-books had me very excited. I love the immediacy of it. See a book you want and download it to your reader in seconds? That sounds perfect to me.
Twimom: *nods head in agreement*
Shirley: As I wanted an e-book published, it was time to introduce a new character to the world. I’d already had four mysteries published traditionally featuring characters who live and work in Lancashire and love the area as much as I do. I thought it would be fun to have a character who would rather have his fingernails removed without anesthetic than visit a grim, northern town. I wanted a city boy, a Londoner – so Dylan Scot was born. Normally, Dylan wouldn’t be seen dead north of London and I had great fun throwing problems at him so that he had no choice but to travel north. He’s a chauvinist and a terrible husband, but his heart’s in the right place and I love spending time with him.
He was a respectable member of the police force until, through no fault of his own, he was dismissed. He has no job and no hope of getting one. On top of that, his wife has thrown him out and his dope-smoking mother has moved in with him. Oh, and he’s broke. So when a young woman asks him to look into the disappearance of her mother, thirteen years ago, he has little choice but to make the journey north to Dawson’s Clough.
I’m busy working on the second in the series and, unfortunately for Dylan, it involves another trip north.
Twimom: I enjoyed reading about these towns in the UK – since I’m from the US, it was a fun change of pace. And… I have to tell you… I think I read the term “pissed” about a half-dozen times until I remembered that it means “drunk” across the pond!
Shirley: *chuckling* My lovely US editor and I had great fun during the editing process. There were a couple of things in the script she said US readers wouldn’t understand. Getting paranoid about this ‘common language’ of ours, I double-checked a couple of other things that I thought might be too British. She assured me they’d be fine, easily understood by US readers because – wait for it – Coronation Street had been airing on US television. ‘Corrie’, for those who don’t know it, is arguably Britain’s best soap. It’s been running in the UK for 50 years and still attracts a huge audience over here. If anyone is familiar with it, it’s filmed 20 miles from my home and from where my books are set.
Twimom: Can you tell me a little more about your other books?
Shirley: My other mysteries feature forensic psychologist Jill Kennedy and her colleague and sometime lover, Detective Chief Inspector Max Trentham.
Affectionately known as the ‘Jill & Max novels’, the books see the crime-fighting duo solving murder cases in the Lancashire Pennines. They’ve been described as everything from “pacy thrillers” through “police procedurals” to “British village mysteries”. 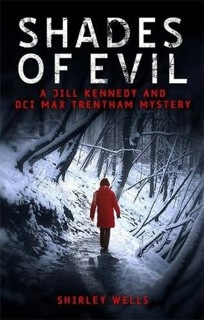 The first in the series, Into the Shadows, was published in 2007. This was followed by A Darker Side, Where Petals Fall and The Broken Circle. The latest, Shades of Evil, will be published in April 2011.
Twimom:  Besides writing, what else keeps you busy? What are your hobbies and interests?
Shirley:  My favourite pastimes are writing (obviously), reading, listening to music and eating chocolate (lots of it). I’m also passionate about football and am often seen freezing on the terraces watching my team, Burnley FC.
Twimom: (and note to my US readers – she means “soccer.”) 🙂
What is the best book you’ve read in 2010? What types of books do you enjoy reading?
Shirley: The best book? That would possibly be House Rules as I’m a huge fan of Jodi Picoult. I tend to read either mysteries or romances, and usually stick to contemporary settings. I enjoy anything by Val McDermid, Ian Rankin, Ruth Rendell, James Patterson, Peter James, Mary Higgins Clark, Janet Evanovich, Katie Fforde, Marian Keyes, Josephine Cox and numerous others.
Twimom: What upcoming release are you most excited to read?
Shirley:   This has to be Sing You Home by Jodi Picoult. I have to wait until next March for it, but I’m sure it will be worth it!
Twimom: Shirley, once again thank you so much for taking the time to tell my readers a little bit about yourself and your writing. It was wonderful chatting with you.
Shirley: Thank you again for inviting me to your great blog, Jen! If your readers want to know more about me or my books, or just want to chat, I can be found in all sorts of places.
Website
Blog
Twitter
READERS: Be sure to stop by tomorrow when I have a review of Shirley’s Dylan Scott novel, Presumed Dead.
AND GIVEAWAY…  Shirley Wells has generously donated an electronic copy of her book, Presumed Dead to giveaway to you. (Book information HERE)  Please leave a comment on this interview or on tomorrow’s review of the book. The contest is open to everyone (international).  Comments must be posted by Thursday October 14, 2010 at 9:00PM EDT.