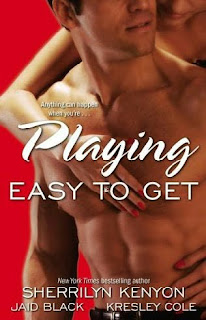 Nikolai Wroth, once a ruthless human warlord in the 1700s and now a general in the rebel vampire army, needs to find his Bride, the one woman who can render him truly alive. As a turned human, he doesn’t enjoy a heartbeat or breaths and is consequently weaker than fully blooded vampires. He wants his Bride for the power she will bring him and can hardly believe it when his heart beats for Myst the Coveted, a mad, fey, mythological creature.

Myst is known throughout the world as the most beautiful Valkyrie, part chillingly fierce warrior, part beguiling seductress who can “make you want her even as she’s killing you.” She has devoted her life to protecting an ancient, powerful jewel and to fighting the vampires, and she now sees a way to torment one—for with Wroth’s heartbeat comes consuming sexual desire that can only be slaked by her.

She eludes him for five years, but he has finally chased her to ground and stolen the jewel which commands her, giving him absolute power over her. While he possesses it, he can make her do anything, and he plans to in order for her to experience first hand the agonizing, unending lust she’d purposely subjected him to for half a decade. Yet when Wroth realizes he wants more from her and frees her, will she come back to him? 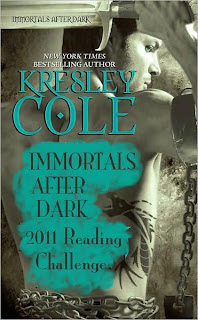 This first story in the Immortals After Dark (IAD) series is a novella-length tale that outlines the creation of the Valkyries, one of the central races of creatures found in IAD fantasy world.  In addition, we discover bits and pieces about other creatures and characters that I’m sure will play a central role in the upcoming books.

The pace of the story is quick – which makes sense giving the shorter, novella-length format. Myst and Wroth’s romance is full of tension, violence and passionate sex. At one point, Wroth claims a sacred prize belonging to Myst which gives him complete and utter control over her. He abuses this power, and although he doesn’t use it to rape her, he forces her to face her lust and desirous feelings for Wroth. This leads into some “force-consensual” sex that is pretty hot.

Overall a promising start to what I hope to be a fantastic series. I love the snarky lines and smexy males. I really think I’m going to enjoy Ms. Cole’s Immortals After Dark!

If you are participating in the IAD Reading Challenge, please leave a link to your review, below. If you wish to discuss the book, please see the DISCUSSION post – link HERE.  Thanks!

One response to “Review: The Warlord Wants Forever by Kresley Cole”