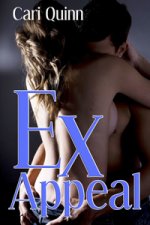 The way things were going, Jenny doubted she’d ever have time for a love life again.
Just as well, because she wasn’t looking for a man. Not yet. Maybe not ever, that little annoying voice in her head whispered. It had been whispering ever since yet another failed lovemaking session with Ty had led her to tell him calmly and coolly that maybe things weren’t working anymore.
What had he expected her to do? She’d been juiced up, her blood humming. The flameless candle beside the bed had set the mood for romance, and she’d placed the foil packet on the nightstand with the end neatly snipped off for easy access. She’d been primed and eager for action. Then, right when things were getting good, he’d rolled off her and said “this” wasn’t “doing it” for him.
She was still mortified a month later.
He’d rarely made time for sex anymore to begin with. Somewhere along the way, work had become his lover. His interest in designing comics had far exceeded his interest in her. Still, she’d been hellbent to give him the utmost pleasure and had gone so far as to employ every trick she’d read in Cosmo’s list of 10 Ways to Make Him Beg.
Well, he hadn’t begged. He’d barely moaned.
It didn’t matter now. They were over. Twenty- seven days ago, she’d told him that they should go their separate ways. He hadn’t argued. Of course not. He’d only looked at her for a long moment, then asked if it would be easier on her if he moved out of their apartment. Before she’d had a chance to answer—or to process that he’d made absolutely no effort to dissuade her—he’d gotten up to pack.