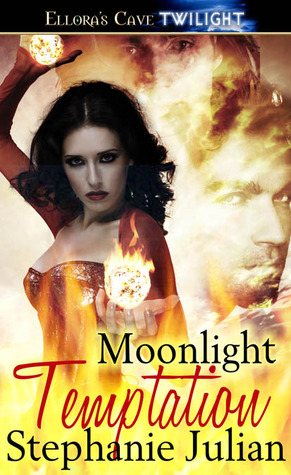 Evie Simmons has magical powers she can’t control and her best friend is a 17-year-old werewolf. It’d be hilarious if it weren’t just so damn depressing. Add in the sexy shifter she can’t keep out of her mind and his hot-as-hell friend and it’s a recipe for disaster.
Dr. Dane Dimitriou knows Evie has had a hard time adjusting to her new life in the Etruscan magical community—as difficult as his denial of his feelings for her have been. But he’s got the perfect cure. His best friend, easygoing Ryan Maguire, is the complete opposite of stick-up-his-ass Dane. He can act as a buffer. Dane can get close, but not too close. Yeah, right.
These sexy men may be just what the doctor ordered.

Having been kidnapped, experimented on, and then acquiring some dangerous new powers she can’t control, Evangeline Simmons feels like she’s barely hanging on. To top that off, she’s got a serious crush on the Lucani doctor whose first encounter with her was extraordinarily unfortunate. While she’s sure he can’t stand her, her heart seems determined to want only him.
Ryan Maguire and Dane Dimitriou have been friends for years, and know each other better than anyone else ever could. But Dane’s plan to get Ryan to help Evie adjust to her new life, one in which he can deny how hard he’s fallen for her, backfires when both men realize she’s the only woman they’ll ever desire.
Moonlight Temptation was the most enjoyable of the Lucani Lovers series. I really liked Evie, and enjoyed seeing things work out so well for her. She too has had a difficult past and recent trauma, and she reminds me somewhat of Tamra from the first book in the series, Kiss of Moonlight. Rather than allow herself to be incapacitated by what she’s been through, Evie faces her new challenges and confronts her demons, and, ultimately, proves she’s someone others can depend on. Watching Evie get fierce was a lot of fun.
Dane and Ryan were good characters, too. They each have their own issues to contend with, but love each other like brothers. Although both men care for and worry about Evie, they not only recognize that she’s capable of standing on her own if she believes in herself enough, but encourage her to do just that. I very much enjoyed the way their love for Evie took shape throughout the story, and the sexual heat between the three of them definitely warranted a reread. (Or two…of certain passages…ahem.)
While all the novels in the Lucani Lovers series have a certain degree of predictability, they are all enjoyable stories. Likewise, each story is definitely stronger when read as part of the series, rather than independently of one another. Moonlight Temptation was the highlight of the series for me, and solidly contributes to the strength of the series overall. Julian has written a wonderful series, created some engaging characters, and I can honestly say I’m very sorry to have reached the end of it.

Enjoyed – Strongly Recommend (A-)
Other books in the series:
Kiss of Moonlight
Moonlight Menage
Edge of Moonlight