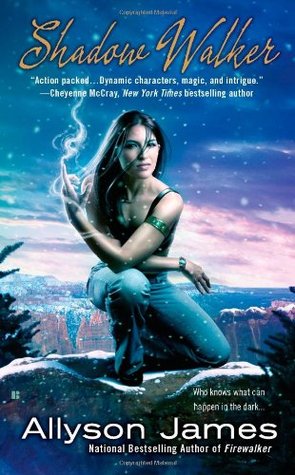 I purchased this book with my own money because I LOVE this series!

Winter descends on the town of Magellan, and new evil comes to call.Racing her motorcycle down a lonely winter highway, Stormwalker Janet Begay feels the ground collapse beneath her feet. After tumbling two hundred feet into an underground cavern, she manages to escape with help from her sexy dragon-shifter boyfriend, Mick—but not before they disturb dark forces.

As Janet contends with a hotel inspector intent on putting her out of business, and her grandmother, who’s taken up residence, Mick’s behavior becomes strange and erratic, until he is a clear danger to Janet and her friends. Janet’s drag-queen, attitude-ridden magic mirror insists that Mick has been “touched by shadows,” and Janet realizes that someone is out to enslave her dragon. Now she must free Mick before he kills her…

AH! I cannot stop talking about how much I adore this wonderful (still fairly new) series by Allyson James! For those not familiar, the series followers half-Navajo Janet Begay, a Stormwalker who can bend the power of storms to her will.  Oh, and she also is the daughter of an evil goddess who has passed on dangerous Beneath magic to Janet. She lives in a small Arizona town, owns a quaint hotel, has a ridiculously hot and sweet boyfriend, Mick, and trouble seems to follow Janet where ever she goes.

The third story picks up shortly after the end of the second book, Firewalker, and opens with Janet finding herself in danger once again when she plummets to the bottom of a sinkhole while being tailed by Sheriff Nash Jones for speeding. Janet finds herself under attack from dozens of mysterious petroglyphs and once again, she finds herself at the center of another dangerous mystery.  Soon, the story deepens with Mick acting strange, the pipes and wiring in her newly renovated hotel suddenly corroding, and the appearance of her “sister” who seems bent on destroying Janet.

One thing I love about this story is that Janet has matured. She has always been a mighty kick-ass heroine, but by now she has gone through many trials, including saving the world, and she is embracing all of her magic – even the dark Beneath magic.  She has stared at the face of death and no longer fears dying. In addition, she has wholly given herself to boyfriend/mate Mick. Their love has deepened, the emotions stronger, and their relationship is amazing. They aren’t perfect, but believe (and know) that their love can help them concur all that comes their way.  And it is because of this love that the pain of Mick’s apparent betrayal is magnified a hundred-fold.  My heart actually ached and I had tears in my eyes while reading Mick’s repeated attempts at killing Janet.

The overall plot of the third book is another fantastic mystery. This time, Janet needs to find out why an evil witch, a Shadow Walker, wants to claim Janet’s hotel, how her evil “sister” (same goddess mom) is involved, and how to save Mick from potential enslavement, all while entertaining 2 dragon shifters who would rather kill Mick than allow others to be enslaved, and her grandmother who is keeping secrets with the cook while sending Janet’s one big ally, the trickster god, Coyote on errands.  Janet has her hands full, but she never gives up. I love that she gets frustrated and mad, and she may fall and fail. But in the end, her beliefs and inner-strength, along with the support of her friends, keep Janet going.  I never felt that Janet and company’s problems or the peril they faced was over the top or contrived.

Finally, I have to reiterate how important the supporting cast of characters is in the function and enjoyment of the book(s).  There are several, but each is written so organically that every one has his/her place and is an important cog in the machinery of this series. The supporting characters are nothing short of stupendous. From the magically “void,” Unbeliever sheriff – Nash Jones, his girlfriend – Maya, Janet’s father and grandmother, all the folks that work at the hotel, Janet’s sister to the tricker god, Coyote… no matter what size roll is actually written, each plays a big part in making the story complete. Even the crazy bi-sexual magic mirror is more than comic relief!

No matter what I write in this review, I cannot give justice to this story or series.  Ms. James has created an amazing world with such intricate details and comprehensive characters that I feel as though I could go to Magellan and discover Janet and her friends having a bite to eat at the hotel.  I find as much pleasure in reading the descriptive sections – learning about the land and heritage of the people – as I do when reading the base story line and trying to solve the mystery or problem along side Janet.  My heart races during this story during several sections – whether it’s due to the race against the clock and the thrill of the action, or because of Mick and Janet’s heart-felt love for one another – and that is why this book is one of … 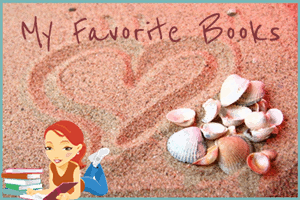