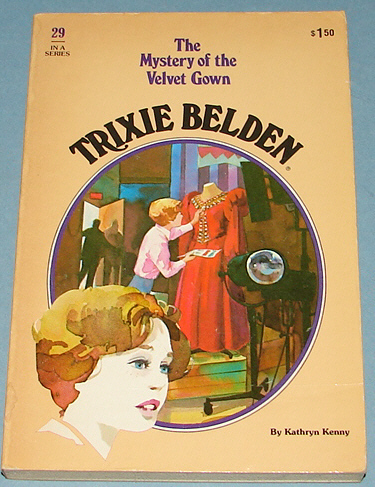 I’m a series girl. I’ve stated this before, probably several times, but I enjoy a good series – whether it be romance, sci-fi, fantasy, mystery…  There is something reassuring about seeing the same characters and settings book after book.  My love for series started young – when I read Trixie Belden, Little House on the Prairie and the Three Investigators.


Series are a staple of the books I read. I have several “auto reads” or “auto buy” series.  Here are my top favorites – these I recommend above all others (but I love so many more):

This Urban Fantasy series is set in Georgia, in a world that has been overrun by magic. When the first “wave” of magic struck the modern world, it started taking down anything built with technology. Now the world fluctuates between magic and tech periods.  In this new world, we have all sorts of magical creatures – shifters, magicians, necromancers…  I call this series “Thundarr the Barbarian for adults.”

2) The Psy-Changeling Series by Nalini Singh.

This paranormal romance takes primarily takes place in San Francisco, CA. For those unfamiliar with this incredible series, the world is made up of 3 races: Psy: cerebral and emotionally void people that hold most political and financial offices; Changeling: shifters of many different species, in-tune with nature, emotionally fierce and loyal; and humans: the supporting race in the middle. The books focus primarily on two dominant Changeling packs: SnowDancers, which are wolves and DarkRiver, which are leopards. Ms. Singh has created an overall story arc dealing with the breakdown of the Psy “silence” and how the Changelings are coming into power.

3) The Stormwalker Series by Allyson James.

Is it paranormal romance or urban fantasy? I don’t care because it is incredible writing and storytelling! I just finished the third book in this amazing new series and I cannot wait for more. Taking place in Arizona, the stories follow the crazy life of Janet Begay, a Native American with earth-based storm magic and an evil goddess for a mother. She lives with the most amazing magic man, Mick and together they fight the evil that seems to follow Janet’s every step. Each book has suspense, mystery, action, and romance. Perfect!

4) The ACRO Series by Sydney Croft. Another wonderful paranormal romance series that is full of story and light on fluff. Meljean is one of the best world-builders writing today. The Guardians are a race of protectors, each created when, as a human s/he sacrifices her/himself to protect the human race. They are like angels, but not quite. They fight evil demons and other “creatures from hell,” while trying to remain a secret to the humans around them.
Book Titles –
DEMON ANGEL
DEMON MOON
DEMON NIGHT
DEMON BOUND
DEMON FORGED
DEMON BLOOD
DEMON MARKED, coming 2011
My series rating: 4.5 Stars.
HONORABLE MENTIONS:
These series are also on my auto-read list:
Black Dagger Brotherhood by JR Ward
Lords of the Underworld by Gena Showalter
Midnight Breeds by Lara Adrian
Iron Seas by Meljean Brook (only one full book so far, but best read of 2010)
Dark/Dream Hunters by Sherrilyn Kenyon
The Breeds by Lora Leigh (my guilty pleasure)
Dark Magick Series by Anya Bast
SO… which series can’t you live without?

12 responses to “Series… love them or hate them?”