Today I have the honor of bringing to you author Veronica Wolff. Veronica is an award-winning, bestselling author with a soft spot for kilts, mountains, beaches, and vampires. Not necessarily at the same time. She has lived everywhere from Texas, to Hawaii, to India, before finally settling in Northern California, where she lives with her husband, two kids, one insane rescue dog, one angelic rescue dog, the gentlest cat ever, and a snake whose days are numbered. Please help me welcome Veronica toThat’s What I’m Talking About, and read further for a GIVEAWAY of Veronica’s new book!
Twimom: Veronica, welcome and thank you for stopping by.
Veronica: Hi, Twimom! From one Twilight-Mama to another, thanks so much for having me! 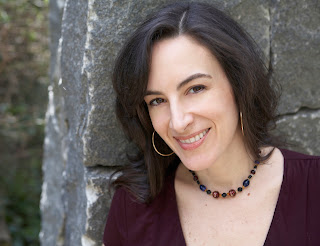 Twimom: *high fives* Your new book, Isle of Night is a Young Adult “vampire” series, with a few twists on the standard mythology. Can you tell us more about the setting for the series? Will we learn more about the vampires as the series progresses?
Veronica: Isle of Night is set on a bleak island in the middle of the North Sea that’s populated by a coven of ancient vampires. There, they recruit and train girls to become Watchers, an elite group acting as agents, emissaries, and sometimes assassins for the vampires. Training is intense, and failure means death. As the series progresses, you’ll learn more about the vampires, their motivation, and their world.
Twimom: How many books do you foresee in this series?  Will they all be just about Drew or will they be told through other characters?
Veronica: Honestly, I could see writing a dozen of these…I’m loving it so much! I don’t want to make any proclamations or promises, but for now I think they’ll all be in Drew’s point of view.
Twimom: You also write a Highlander series (yummy!) Will you please share with us a little about that series?
Veronica: Thanks! I do love me a man in a kilt. I have two Highlands series. The first is a time travel series where each heroine goes back in time and meets (and falls in love with!) a famous hero from Scottish history. My second series is purely historical—the Clan MacAlpin books are centered around a fictional family of orphans in seventeenth-century Scotland. Picture Party of Five in the Highlands.
Twimom: *picturing Matthew Fox and Scott Wolf in kilts and smiling*

What are the challenges of writing a YA series versus a more traditional romance (adult) series? What about the challenges of writing a mythology-based story (vampires) versus historical-based one (Highlanders)?
Veronica: I did so much careful research for my historicals, I’m finding writing the young adult books to be a much more exhilarating experience. No more stopping to fact check, or scan any seventeenth-century maps! As I began the series, I made a conscious decision to make it all fictional. Though inspired by real places and real myths, every element is made-up: the island, the mythology, the characters. This has been freeing, and I hate to say it, much more fun than trying to decipher shipping manifests from the 1600s.
Twimom: I always like to ask authors about their reading habits… What types of books do you enjoy reading? What was your favorite read during 2010 or so far in 2011?
Veronica: I read a ton, and I read widely. I’m on a real young adult kick, and have recently discovered Jennifer Echols, whose books I love. I’m a long-time Charlaine Harris fan too, and recently branched out from her Sookie Stackhouse series to devour her Harper Connelly books. If I had to pick a single favorite book of 2010, though, it’d have to be The Hunger Games (me and everyone’s cousin, right?)
Twimom: *whispers* I haven’t read Hunger Games. Hehe!
Veronica, once again thank you so much for taking the time to tell my readers a little bit about yourself and your writing. It was wonderful chatting with you.
Veronica: Thanks again for having me! It’s been fun!!
You can find Veronica Wolff on line at
Her Website: http://www.veronicawolff.com/
Twitter: http://twitter.com/#!/veronicawolff
Facebook: http://www.facebook.com/VeronicaWolffFanPage
GIVEAWAY:  I have two (2) copies (two winners) of Isle of Night to giveaway here at That’s What I’m Talking About. To enter, please leave a comment  and your email at the end of today’s interview. One entry per person. Winners are restricted to US and Canada mailing addresses, only. Contest open from September 8, 2011 until Sunday September 14, 2011 at 9:00 PM EDT. Two (2) winners will be selected from the comment entries using random.org.  The publisher, author and/or I are not responsible for items lost during mailing.

Isle of Night is being featured on Figment! You can read an excerpt from the book here and leave a message for the author here. Join Figment on Facebook to take an Isle of Night themed poll on 9/8, and follow @IsleofNight on twitter to take part in an epic literary battle on 9/15. Visit Figment’s blog between 9/13 and 9/17 for a new blog post from author Veronica Wolff daily, as well as an exclusive Q&A. And sign up to join Figment – that way, you can submit your own original fiction to our Isle of Night contests, launching on 9/13!