Hello Readers! Today I bring you superstar author Melissa Schroeder. Born to an Air Force family at an Army hospital Melissa has always been a little bit screwy. She was further warped by her years of watching Monty Python and her strange family. Her love of romance novels developed after accidentally picking up a Linda Howard book.
Since her first release in 2004, Melissa has had close to 20 short stories, novellas and novels released with seven different publishers in a variety of genres and time periods. Those releases included, The Hired Hand, a 2005 Eppie Finalist for Contemporary Romance and Tempting Prudence, a 2005 CAPA finalist for short erotic romance. Her contemporary, A Little Harmless Sex became an international best seller in June of 2005.

Melissa has always believed that romance and humor go hand in hand. Love can conquer all and as Mark Twain said, “Against the assault of laughter, nothing can stand.” Combining the two, she hopes she gives her readers a thrilling love story, filled with chuckles along the way, and a happily ever after finish.
Mel is here today to share with us a little about celebrating Christmas in Hawaii and her upcoming Hawaiian Holidays title, Getting Lei’d.  And KEEP READING for your chance to win a copy of Mel’s first two Hawaiian Holidays releases… Details for GIVEAWAY are below.
Melissa is a featured author attending Author’s After Dark in New Orleans. For more information about AAD2012, click HERE.
Please help me welcome Melissa to That’s What I’m Talking About. Take it away Mel…
Christmas in Hawaii
We were lucky enough to have lived in Hawaii for three years. My husband got assigned to the Pacific Air Command at Hickam AFB, now joint Pearl Harbor Hickam Base, in 2001. Now, I am a traditional Christmas chick. I like it to be cold. I grew up in Germany, so I pretty much had a lot of white Christmases. I will be honest, I wasn’t really thrilled with the possibility of having a HOT Christmas. My husband’s career pretty much had us stuck in the south for his career. So, another hot place really didn’t appeal to me. But I learned that it isn’t such a bad thing walking along the beach on Christmas Day while listening to Hawaiian music and looking out on the beautiful Pacific Ocean.  There was also driving to Pearl Harbor and looking at all the ships decorated. It was our first duty station near a naval base so that was pretty cool.

But, over the three years we lived there, I realized something else. The beauty of the islands does not stop at the scenery. Don’t get me wrong. It is beyond amazing to see a rainbow several times a week and you cannot beat early evenings on Oahu. But what I am talking about is the Hawaiian people. They have a long and proud heritage that is sometimes overlooked by many people. Their music, their dance, their food, all of these things are part of them. Another thing that made me value them as a people even more was their hearts. For Hawaiians, Ohana, their family, is most important. Many times, you have several generations living together. They value their elderly and they truly believe in the adage that it takes a village to raise a child. And for me, that means a lot.  This time of year people seem to take stock of what they have accomplished and want to spend time with the ones they love. For the Hawaiians, more often than not, they do that every day. And in this, they are very blessed. I always remember their spirit of Aloha especially this time of year and fondly remember spending Christmas day calling family while we stood on the beach while they froze on the mainland.
Aloha from my house to yours and I hope that everyone has a Mele Kalikimaka.
More about Getting Lei’d
(Hawaiian Holidays, Book 3)

Maribelle has always been unlucky in love. Bad relationships, bad men, just nothing good. The latest guy is her fiancé, who she found cheating on her at the chapel with her cousin. After dumping him at the altar, Maribelle swears off love. To mend her broken heart she goes to Hawaii to visit her friends Eddie and Sophia. She never expected Damon and Alex to follow her with seduction on their minds, and she never expected them to want forever.
Damon and Alex have been in love with Maribelle for years. When Damon’s stupid brother loses her because of his cheating ways, the best friends decide it’s time to let Maribelle know just how they feel. Seducing her is easy, but convincing her to stay with them is going to be a challenge—one thing neither man has ever backed down from.
Releases in eBook December 22, 2011 from Siren Erotic Romance.
EXCERPT:
Two-timing, cheating, no-good bastard.
Maribelle Sawyer looked up at her groom. Aaron smiled down at her, that trademark smile of his, the one that had never failed to make her whole body light up like the National Mall on the Fourth of July.
He turned back to the minister, and she continued to study him. He was gorgeous. Not just plain old good-looking-guy gorgeous but movie-star gorgeous. The type of man Brad Pitt would be jealous of. And she had been lucky enough to be picked by him to marry. She had always thought herself fortunate, until she found him screwing her skanky cousin Denise. In the church they were to be married in.
The minister kept droning on about love and commitment, and Maribelle’s head pounded. What the hell was she doing there? Why was she standing next to the bastard as if she wanted to marry him? She didn’t. Not now.
Maribelle glanced at her two friends, Eddie and Sophia. They looked fabulous, both in deep, dark-purple dresses, their perfect bodies showed off to the best advantage. Maribelle had always been jealous of the fact that both of them could eat anything and it didn’t mar their figures. They were watching her with concern, as if they knew something was wrong. No one else detected it. Not her mother or father. Not even her dumbass groom. 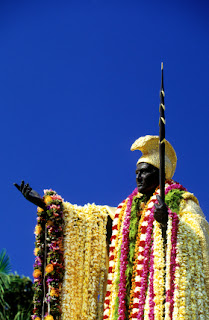 She peeked up at him again. He was watching the minister as if he really cared about the vows, about the whole ceremony. It was as if he hadn’t been getting it on with her cousin in the supply closet just thirty minutes ago.
She went to look back at the minister, but Damon caught her eye. He might be Aaron’s brother and best man, but he had always been one of her best friends growing up. They were the same age, with just six months separating them. He had been her confidant when she had been teased at school. He’d stood up to her skanky cousin Denise whenever she had been mean to her. He was watching her with a solemn expression in his eyes.
She turned back to the minister. Why was she doing this? Why did she feel the need to marry a man who couldn’t even be faithful the day of the wedding? How pathetic. She was willing to marry a man who didn’t love her enough to keep his dick in his pants in the church. Why? Lord only knew. But when her father had shown up to walk her down the aisle, she’d still been in some sort of shock.
It was starting to wear off.
“If anyone has a reason these two people should not marry, speak now or forever hold your peace.”
She glanced up at the groom, his stupid smiling face, and her blood started to heat. How dare he stand there and pretend he hadn’t been fucking someone else, as if it was no big deal? As if he had the right to get his rocks off.
The minister started to say something, but before Maribelle could stop herself, she raised her hand.
The minister looked confused, his gaze looking between her and Aaron.
“Maribelle, is there something wrong?”

The entire congregation was looking at her. She could feel their gazes burning in her back.
“I object.”
“Maribelle?” Aaron’s concerned voice filtered through the air.
She thought she heard someone laugh, and she would bet money on Eddie. She had never liked Aaron.
“I object to this marriage.”
Aaron tugged on her hand until she looked at him. There was a flash of anger in the depth of his blue gaze, and she took a step back. His fingers bit into her wrist.
Apparently realizing she was backing away from him, he schooled his features and smiled at her. Leaning down he asked, “What’s the matter, sweet?”
She twisted her arm until he released her wrist. “I’m not marrying you.”
“Oh, God.”
That was her mother. She had always been worried that Maribelle would mess something up, especially this wedding. It was being touted as one of the weddings of the DC wedding season. And she was messing it up. But she refused to feel guilty about it. Well, she did a little, but she would deal with that later.
“What do you mean you aren’t marrying me?”
“I mean, I refuse to marry you.”
Another flash of anger moved over his face, and this time he didn’t even try to hide it.
“What the hell are you talking about?”
“I won’t marry you. Don’t want to. Refuse to.” Her voice rose with each statement.
The irritation on his face dissolved into a look of concern. “I think your nerves might be overset.”
“You’re right, they are.”
He smiled, and she wanted to punch him. In fact, she curled her fingers into her palm, making a fist.
“See, so we can resume—”
“I don’t think so.”

GIVEAWAY:  Thank you Mel for stopping by That’s What I’m Talking About.  Mel is graciously giving away one (1) electronic OR print copy of Hawaiian Holidays Vol. 1 which contains the first two Hawaiian Holidays stories: Mele Kalikimaka, Baby AND Sex on the Beach. Please leave your comments for Mel by Wednesday December 21, 2011, at 9:00 PM EST to be eligible for the contest. One entry per person, the winner will be selected from eligible entries using random.org. Contest is open internationally. If your email is not part of your profile, please leave it so I may contact the winner. One entry per person.. Thank you to Mel for this fun giveaway!
You can find Melissa online at:
WEBSITE
TWITTER
BLOG