Hello Readers! Today I bring you sci-fi and paranormal author PJ Schnyder. Born and raised in the North East, PJ spent her childhood pretending to study for the SATs by reading every fantasy and sci-fi novel she could borrow from the local and school libraries. She scored fairly high in the verbal portion. 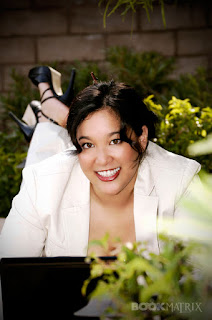 She was introduced to the wonderful world of romance a decade later by her best friend at an anime convention in Seattle.
She now lives somewhere temperate watching the seasons go by with her two dogs and super stealthy ninja kitty, writing her stories.
PJ is represented by Louise Fury of the L. Perkins Agency.
PJ is a featured author attending Author’s After Dark in New Orleans. For more information about AAD2012, click HERE.
Please help me welcome PJ to That’s What I’m Talking About. Take it away PJ…
The zombies…are coming!
Last fall I took a break from writing paranormal and sci-fi romance when author/photographer/game designer J.R. Blackwell invited me to contribute to an incredibly fun project. She designed a role playing game called Shelter in Place, a live action game of zombie horror in which players take on the role of Zombies or Humans as they play out the events of a zombie apocalypse. To celebrate the release of the game, she was editing a sister anthology to the game called Gimme Shelter.
For her anthology, I wandered about the streets of Seattle idly mulling over what I’d do if attacked by zombies. The closest I’d come to thinking about it before had been playing Plants vs. Zombies on my iPad. And yet, writing a story on gardening and tower defense didn’t seem to take off in my brain at the time.
Zombies were new for me. Flash fic was too. I wanted to write something different for J.R.
Remember My Name took form in a coffee shop on 1st Ave just a few blocks from Union Street next to three french presses full of gourmet coffee. 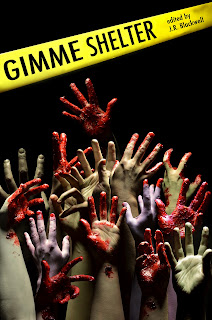 Here’s a snippet chosen by the editor:
Damn Recon Marines. If they’d stuck to the original route, they never would’ve been cut off from the transport ship in the first place. The tiny alley didn’t present enough escape routes and I’d have my hands full providing the support they needed to make it the rest of the way to the waterfront.
You can purchase Gimme Shelter (Galileo Publishing January 15, 2012) in eBook format here:
Galileo Games
Amazon
You can purchase Gimme Shelter in Print format here:
Galileo Games – Lulu
Thank you, Jen, for having me as a guest. 🙂
~ PJ Schnyder
Visit PJ on her blog: http://pjschnyder.com
Twitter: http://twitter.com/pjschnyder
Facebook: http://www.facebook.com/pjschnyder
Be sure to stop by later today for Gikany and Una’s review of Heart’s Sentinel by PJ Schnyder.