Today I have the honor of bringing to you author TK Rayford. TK is a self-published author of a young adult sci-fi series. TK was born in Chicago, IL with her four siblings. She later moved to Memphis, TN. She fell in love with writing in the second grade and has been writing ever since. Her teachers would always say that she would become a great writer, but she would insist that she would be a neurosurgeon. She proved herself wrong and her teachers right when she decided to pursue her passion, which has always been writing.
Please help me welcome TK toThat’s What I’m Talking About, and read on for a special GIVEAWAY…
Twimom: TK, welcome and thank you for stopping by. 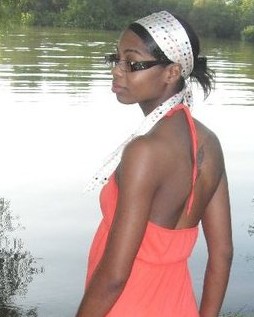 TK: Thanks so much for having me! I am super excited to be here.
Twimom: Please tell my readers a little more about yourself… how did you get into writing? What are your inspirations?
TK: Well, I have been into books since my older sister started teaching me how to read when I little.  I was always content to sit on the porch with a good book while my siblings wreaked havoc in the neighborhood.  I can’t say that I was born with hundreds of people in my head because I don’t remember being born, but they have definitely been there for the majority of my life.  And when you’re as into reading as I was with the bonus of having people living in your head with stories to tell, the writing kind of comes naturally.  As far as inspiration goes, there aren’t many people that I’m not inspired by.  I’m as inspired by other writers, especially indies, who did everything in their power to get their names on the cover of a book as I am by regular, everday people who simply know the importance of hard work.
Twimom: Abstrus is your debut title and the first in your Planet Abstrus series. Can you tell us more about the series? 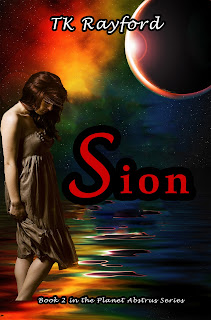 TK: Abstrus wasn’t really something I came up with on my own.  It kinda found me in the form of a dream, which is normal for me, and for the longest time it only lived as blue sharpie written on the back of a privacy release form that I had beside my bed.  It’s about Lexi, a 17 year old girl who finds out some strange truths about herself and her mother who has disappeared.  She’s thrown into this crazy world where everyone is out to get her before she even has time to come to terms with the fact that she’s not exactly human.  The first two books of the series, Abstrus and Sion, are available now, and they follow Lexi as she tries to determine the differences between truths and lies as well as friends as enemies. 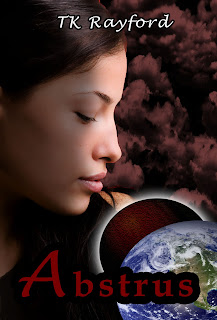 But there was something else there too. It seemed that somewhere in me there was a strange curiosity quickly arising and that hadn’t come from Ferdinand. That was mine alone. I wanted to know what was happening around me more than I wanted to be able to break free of Ferdinand’s hold and flee the way I had come. Even more so, I wanted to know what would happen next, and I couldn’t even logically explain why.

Liza stood in front of me, eyes closed. Strange sounds began to emanate from her. It sounded like humming from a bird, but as if the bird was speaking in a foreign language. Her mouth never moved at all. It became clear that I was hearing a conversation in a strange language when the same humming, but a deeper baritone version, began to bubble up from Ferdinand. It lasted only a few seconds before silence once again fell in the little alley way. We stood in this way, Ferdinand with his hand on my shoulder and Liza eyes closed in front of me, for what seemed to be hours rather than minutes. Ferdinand’s hold on me didn’t lessen with the passing time. I was stuck in that spot as if my feet had been cemented to the wet pavement. The rain had all but stopped by now but I was beginning to experience a feeling that chilled me and not just because my jacket and jeans had finally soaked completely through. Ferdinand’s control over my want to flee and my budding curiosity had no effect on the fear that was simmering in my throat and chest and threatening to strangle me. I could feel my body struggle between my instinct to flee and the complete mesmerizing effect that he and the situation had over me.
GIVEAWAY:  TK is generously donating an e-copy of her first release, Abstrus, to giveaway here at That’s What I’m Talking About. To enter, please leave a comment for TK and your email at the end of today’s interview. One entry per person. Contest is open internationally. Contest open from January 11, 2012 until Saturday January 14, 2012 at 9:00 PM EST. The winner will be selected from the comment entries using random.org.