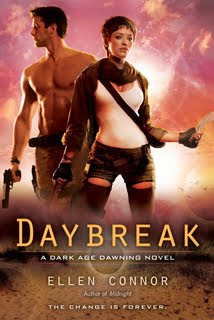 Satisfied with that plan, he settled on his blanket with the intention of turning in. Not because he was exhausted, but because he was tired of people. Tired of conversation. If it wouldn’t be an impractical allocation of resources, he’d shift and sleep as a lion to further discourage interaction. And unwelcome memories.

As before, Adrian went to sleep first. And then Pen did something unusual. She came to him.

“What do you need?” He didn’t want to argue with her, nor did he want to negotiate.

Doubtless she was about to produce some clause that required him to do her bidding. He arched a brow in what he hoped was a discouraging fashion.

“Don’t worry about it,” he muttered. “We can defer them.”

“I don’t want ‘debt kisses’ tonight. And I’m in no mood to persuade you to make them something else. So it’s better if you leave me alone.”

As if she hadn’t created the problem with her constant talking.

There’s only one way to shut this woman up. When he claimed her mouth, Tru kissed her with driving demand and a thrusting tongue. He permitted no distance, no reserve, and pushed past her lips to delve into her mouth. She made a small, surprised sound, but he ignored it and dragged her into his arms. She had been treated with too much delicacy, not like a woman a man intended to fuck.

After settling Pen astride his lap, he made love to her mouth for endless moments. It gave him a jolt of intense satisfaction when she wound her arms around his neck and pressed closer. Her lips warmed as he nuzzled them, went swollen from the little nips, from the way he sucked gently at the lower, before teasing her tongue with his own. He wrapped his hands around her hips and rocked her against his hard cock as she learned how to kiss. God, he could almost swear nobody had done this with her before. But she was a quick study, working out how to breathe through her nose. Her response became hotter, more ferocious, as he cupped her ass and worked her body against his.

He nibbled his way down her jaw to her throat, sucking, kissing, licking. Her nipples peaked and grazed his chest. An actual moan escaped her. Fucking beautiful. Music to his ears.

And that was when he stopped.

Her eyes were glazed, mouth parted. She panted, hands on his chest. “That was more than two kisses.”