Hello Readers! Today I welcome back romantic suspense author Jessica Lauryn. Jessica visited That’s What I’m Talking About earlier this year in January (post HERE) with her debut title, Dangerous Ally. Today she is back to talk about her latest release, Dangerous Proposal. (Please stop back later today to read Vampbard’s review!)
Please help me welcome Jessica back to That’s What I’m Talking About. Take it away Jessica… 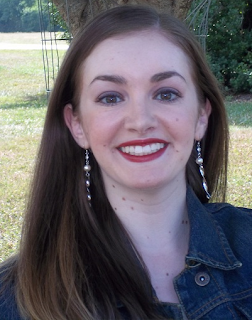 Thanks so much for having me, Jen!  I’m very excited to be back on That’s What I’m Talking About, and I hope to make some new friends today (and reacquaint with old!) as I share a bit about my latest release, Dangerous Proposal.  Set in the lush, mountainous splendor of small town North Conway, New Hampshire, Dangerous Proposal is the second edition to the Pinnacles of Power Series.  Just like its precursor, it is a story of excitement, suspense, and of course smoky, red-hot passion!
At the age of nineteen, Alec Westwood, desperate to show up his older brother Colin, accepted an assignment as an assassin.  Unable to commit murder, Alec ran, leaving the underground organization who recruited him, in the lurch.  Now an adult, he walks into a bar and sees a beautiful woman, who appears out-of-place, and very afraid.  He asks her what’s wrong and she draws him into a kiss that leaves him spellbound…and desperate to finish what she started!  That is, until he spots the amulet she’s wearing, an amulet containing a very distinct picture of a cougar, the symbol for the organization that recruited him ten years ago!
Dangerous Proposal, which takes place prior to my debut release Dangerous Ally, gives a bit of insight as to what happened to Lena Benson, Lilah Benson’s older sister.  In Dangerous Ally, Lilah is blackmailed into taking a job at the Ramon Mansion. Lena insists her sister quit, and get as far away from the Ramones as possible.  In Dangerous Ally, we learn that father and son, both driven by greed and ambition, are willing to go to extreme lengths to get what they want.  But in Dangerous Proposal, we see just how far those lengths really are.  Raphael Ramone, “emperor” of the Ramone Estate and all around father from hell, makes his son, Lucas an offer he’s sure he can’t refuse.  If Lucas agrees to give him 50% of his smuggling venture, Project Gemstone, Raphael will make his reluctant fiance, Lena Benson, his wife (without her consent!)  Lena overhears Lucas agree to this, and then, panicked, she leaves, disappearing into the night.  (Bet you could guess which upper east coast tavern she winds up hitting, right? 😉 ) 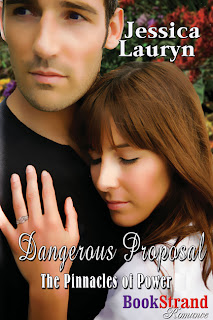 When I first began writing Dangerous Proposal (then called Loveless Moon, and later Moonlight Path) I had so many different ideas, I wasn’t exactly sure where to begin.  Like many writers, I struggle with TMIS (Too Many Ideas Syndrome.)  Not a bad thing, when you consider some of the alternatives, but still something to be overcome.  Or rather, something to be understood.  And one of the ways I was able to do that was by making The Pinnacles of Power into a series.
One element of my story in particular, stood out, and I needed to give that element a lot of thought, concerning where it would fit in.  Jack Madera, Lucas’s half brother in Dangerous Ally and key antagonist in Dangerous Proposal is much unlike most of the other characters in the Pinnacles of Power Series.  He’s a wiccan, and consequently he can perform magic–create fire, and play tricks with the mind, just from what we’ve seen so far.  As a reader, I’ve never been a huge paranormal fan but something about this character was screaming to me that I should include him in what was then my only story.  So much so did I want to include Jack that he now appears in both Dangerous Proposal and Dangerous Ally, and he will appear again in his own story, to be released at a later date. 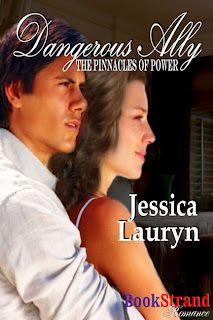 Incorporating a sub-genre (or sub-element) into a story can be the very thing that makes it stand out.  Many authors, for instance, write historical romances that have mystery as a sub-genre.  One of my favorites is Amanda Quick aka Jayne Ann Krentz.  Reckless and Surrender, both historical romances with mystery as a main ingredient of the plot, are two stories I find myself wanting to read again and again and again.
TMIS may seem like an ailment, but it’s actually creativity at it’s best.  Let’s keep those blended-genre romances coming, and make sure they never do find off of our bookshelves! 🙂
WOW! That is a lot going on all at once, but it seems to work well for you, Jessica! Thank you so much for stopping by and sharing more about your stories and the thought process behind your series.
You can find Jessica online at:
WEBSITE
FACEBOOK
TWITTER
LINKED IN
Be sure to stop by later today for Vampbard’s review of Dangerous Proposal.