Hello Readers! Today I welcome author Willow Rose. Willow writes Paranormal Romance, fantasy and mystery. Originally from Denmark, she now lives on Florida’s Space Coast with her husband and two daughters. She is a huge fan of Anne Rice and Isabel Allende. When she is not writing or reading she enjoys to watch the dolphins play in the waves of the Atlantic Ocean. Willow’s latest release, Savage, is the first book in her new Daughters of the Jaguar paranormal series. Keep reading for more about Savage.
Please help me welcome Willow to That’s What I’m Talking About. Take it away Willow… 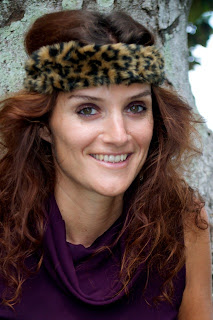 Where did the inspiration to Savage come from? I get that question a lot and it is so hard to answer in just a few sentences. Because where do inspiration come from? I for one have no idea. I get it from everything and everyone around me. From people I meet, from articles I read and movies I watch. For me a book starts with the characters. The characters and their story come to me. I like to say that they “pop up” in my head. That is the best way I can describe it. The characters are just there all of a sudden with their backgrounds and problems and then they start to do stuff and talk to other people and soon there is a whole story that I simply have to tell or else I will burst.
The main character in Savage, Christian, is somewhat inspired by my husband. Back in ’83 when he was 19 years old he was sent to Florida by his parents to live with a very wealthy family just like Christian in Savage. My husband’s experiences coming from a small country Denmark to the big USA in the 80’s are very similar to those of Christian, yet they do not share backgrounds.  Christian has lost his mother in a young age and that has had a huge impact on who he is and why he acts the way he does. He matures a lot throughout the book and love changes him from being a selfish self-centered boy into a young man.
The female characters that Christian meets in the haunted house next door are my favorites in this book. They are so innocent and childlike yet very wise and magical. I like to say that they are inspired by my daughters, and I have also dedicated the book to them. I have two young girls of four and six years and then I have a wonderful step-daughter who is twenty-three. Those three combined makes this world a magical place. As does the female characters in Savage. I simply adore them and I know everybody else will too. They are so lovable. I have a hard time letting go of them and think I will write many books about them. First of all I will write three books about the main character Christian and his great love Aiyana.  It is sort of a family-saga really. In the first book he is in his twenties and so is she. In the second book they have kids of their own and are in their thirties with all the problems and seriousness that comes with being that age. In the last book they will have young teenagers and face completely new challenges. I am also planning on doing a book about Aiyana, the magic spirit-filled Native American girl that he falls hopelessly in love with. About her and when she first discovers who and what she really is. I might also do a book about her sister who does telekinesis and their grand-mother who predicts natural disasters. I love those characters so much that they each deserve their own book. Sometimes I love them so much that they themselves become an inspiration to me.
Thank you so much for stopping by and sharing more about your inspirations for your new series.
You can find Willow online at:
WEBSITE
FACEBOOK
TWITTER
More about Savage: 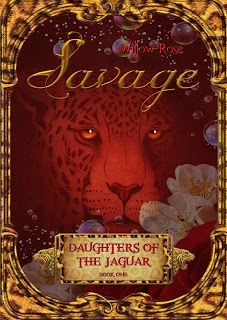 Release: June 16, 2012
Self-Published
The year is 1983. Christian is twenty-two years old when he leaves his home in Denmark to spend a year in Florida with a very wealthy family and go to med-school. A joyful night out with friends is shattered by an encounter with a savage predator that changes his life forever. Soon he faces challenges he had never expected. A supernatural gift he has no idea how to embrace. A haunting family in the house next door. A spirit-filled girl who seems to carry all the answers. An ancient secret hidden in the swamps of Florida. One life never the same. One love that becomes an obsession. Two destinies that will be forever entangled. Savage is a Paranormal Romance with some language, violence, and sexual situations recommended for ages sixteen and up.