Hello Readers! Today I bring you paranormal romance / urban fantasy author Hanna Martine. Hanna left a decade of office work in order to show her daughter what it meant to go after one’s dream. She loves bar stools, books, travel and her friends. Though she and her family live outside Chicago, her heart resides in Australia.
Hanna is here today to talk a little bit about paranormal romances and urban fantasies. She’s also here to share a bit about her new release A Taste of Ice (The Elementals #2, December 31, 2012, Berkley). Please help me welcome Hanna to That’s What I’m Talking About.
The label on the spine of my newest book, A Taste of Ice, calls it a “paranormal romance.” Some readers seem to think it’s more urban fantasy than paranormal due to its world-building and magic system. Truthfully, when I was dreaming up Liquid Lies, the first book in series–and the rest of the Elementals world–I just wanted to write a couple of novels about people with really cool powers who have hot sex and find the kind of passionate love that makes you shiver. 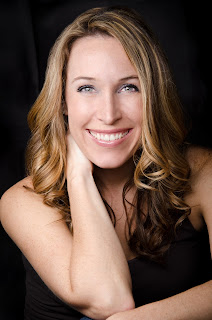 At the time, I had just come from writing straight fantasy (the elves/dwarves kind, not the urban kind) so my brain wasn’t wired for vampires or shifters, angels or demons. When I tell people I write paranormal romance, I’m almost always asked, “So is it vampires, or shifters, or what?” Just a few years ago, I had no idea that there were such specific sub-genres within paranormal romance! (Now I’m a BDB addict, but that’s another story.)
I’m ecstatic that the borders of paranormal romance (and urban fantasy) are expanding to encompass aspects that are “different.” I love that readers can find stories all over the place now, and that authors have more freedom to stretch their words. It’s a really exciting time to be a writer with a brain as crazy as mine. I get to write about a world of elemental magic existing within our own, and the mysterious men and women who play political games, tempt danger, and fall desperately, madly in love.
A Taste of Ice is near and dear to my heart because Xavier–the last of his race left on Earth–is the type of quiet, damaged hero I love most. And Cat–a water elemental unaware of her powers–is his perfect complement … and his most powerful adversary. It’s a wholly different story, and one I sincerely hope you love as much as I do.
How about you, readers? What changes have you noticed in the PNR and UF genres in recent years, and do you like them?
Here’s a spicy, angsty little excerpt (my favorite kind) from A Taste of Ice:
Xavier walked several steps below Cat. He’d almost reached the very bottom, where the sidewalk that led to the square curved around the Margaret Hotel, when she stopped. The brick wall of a Mexican restaurant, painted with a giant green margarita, rose to her right. A cinder block wall for the Margaret’s parking garage on her left. They were closed in, a canyon in shadow. She couldn’t help but feel that if she let him walk away from her now, she’d never see him again.
“Xavier.”
He stopped, his back to her, the hang of his head heavy.
“Am I imagining this?” she asked.
He looked over his shoulder, giving her his hard, beautiful profile framed by the surfer hair that absorbed the sunlight. “Imagining what?”
“You and I.”
He briefly squeezed his eyes shut. “You’re not imagining it.”
“So is it the fact that I’m only here for a short time?”
“No.” The word came out strangled and bare.
“Do I remind you of another girl? Of her?”
He hissed. Closed his eyes. Slowly shook his head. “No. Not at all.”
She came down another step. No place to go but forward. She had nothing to lose, and the not knowing gnawed at her.
“Then why are you scared of me?”
He sighed. “I’m not scared of you.” Slowly he shuffled around to face her, and with her a step above, they stood eye to eye. “What you do to me . . .” He put a hand to his chest, curled it into a fist.
Such honesty. It was the first time he hadn’t weighed every one of his words before releasing them. The admission came from his heart. The hard lines that divided his golden eyebrows revealed the depth of his desire: it was severe, all encompassing, and it stoked her own.
“What do I do to you?” In the cold, away from the madness of the festival streets, her whisper carried.
He inhaled slowly, as though sucking her words deep inside him. His silver stare shot shivering arrows through her body. “You excite me.”
He was melting her in the middle of winter. “Isn’t . . . isn’t that a good thing?”
“No. Yes. Ah!” He stumbled back, fingers stabbing into his hair, eyes angled to the salted concrete.
Any other woman might have seen him as damaged goods, high maintenance. But Cat was not most women, and walking away would never satisfy.
“Xavier, I know that I don’t know you—”
“No,” he laughed shortly. “You don’t.”
“But I want to. And I think you want to know me, too. You and me, we’re alike. I can feel it, though I can’t explain it. I think we can help each other.”
“A pity fuck?” he snarled. “Is that what you want?” 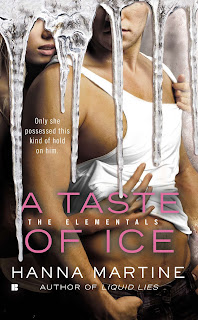 “No!” She gasped, but the way he said fuck, all gritty and forceful . . . it ratcheted up her lust. Made her thong rub achingly against the damp part of her that screamed for him.
But where had that come from? A pity fuck? Who did he think she was? Dear God, what had happened to him to make him think that’s what she wanted?
“I don’t pity you,” she said. “I don’t want you to pity me. That’s not why I told you about my parents. I like you. I . . . I’m very attracted to you.”
He stood with his hands clenched tightly, his big body coiled up and ready to spring. Imagining the power behind his restrained passion made her body hum. From him she didn’t want a gentle kiss or a slow caress. She wanted the wildness that blazed behind those metallic eyes. And he was refusing to let it go.
They squared off, at a stalemate. “Xavier,” she whispered. “Kiss me.”
His chin lowered and his stare burned into her from behind the blond waves of his hair.
“You want me to kiss you?” His voice rumbled. The start of an avalanche, dangerous and uncontainable.
“God, yes. Do you want me to beg? Get on my knees?”
He lunged for her. Shouted. “You want me to kiss you?”
Here it came. She braced herself for his hands and his mouth, liquid desire surging in to replace every drop of her blood. But he pulled up at the last second and instead loomed over her, his chest pumping so hard she could see it through his coat.
All she said was, “Please.”
He fisted the front of her coat and pushed her back against the brick wall, enough to knock out her breath. She didn’t need oxygen, just him. He brought his mouth down on hers, hard as brick, hot as fire.
A Taste of Ice
The Elementals #2
December 31, 2012
Five years ago, Xavier escaped from the Ofarian Plant. Today he calls a Colorado mountain town home. It’s there he buries himself in his work, swearing off magic and relationships—until a woman threatens every promise he’s made to himself.
Cat has always known she is different. Water speaks to her on an uncanny level, and she channels this gift into beautiful painted waterscapes. Now, a gallery is debuting her work in Colorado—and it’ll reveal far more about her than she imagined.
The spark between Cat and Xavier is enough to throw both of them off balance. Every tantalizing moment sends them dangerously close to a rising flood of desire. Dangerous because Xavier comes to suspect that Cat is an Ofarian—his people’s enemy. But they’re both about to discover a far greater, more malicious power at play…
Read the first two chapters HERE.
Buy links:
Amazon
B&N
Thank you so much, Hanna, for stopping by and sharing a little of your new release with us today!
You can find Hanna online …
Her Blog
Facebook
Twitter
Goodreads