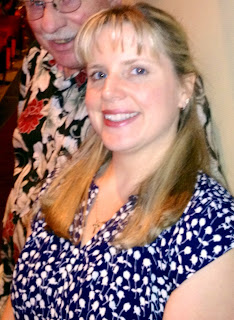 Twimom has suggested that if I wanted, I could share my weight-loss story with you.  At first, I thought it would be great, that maybe I could help inspire or encourage someone.  Then, after I was looking at the pictures of me through this journey, I was embarrassed and became afraid.  As I would have to admit how I got to be so heavy.  But an end of the year post is an opportunity to look back – not to nitpick and agonize over past wrongs; so the usefulness in seeing where you have been, will guide one where to go in the next year.

Since I was a kid, I thought I was fat.  It wasn’t until sixth grade that I realized or accepted that I was chunky.  I was not an inactive kid, mind you, I took horseback riding lessons, I danced – ballet, tap, character, etc.  However, when puberty hit, I got curves… generous ones, even with all the activities I was in.  It would be a long time before I would learn that I wasn’t fat, at least not then.

As I entered into high school, I stopped dancing and horseback riding and threw myself into sports.  I played volleyball, soccer and swimming.  Most of my girlfriends did not play sports and were, for the most part, twigs.  They all wore single digit sizes in clothes.  I did not.  I was the double digit girl.  Much to my chagrin, my best friend played three sports and was a single digit size.  I figured, I was going to be “thick” and that was just the way I was.  I was not meant to be thin or skinny.  I was meant to be average… curvy, athletic.  As with most kids graduating high school, I went on to college.  Exercised less, did not really know to alter eating habits (since I wasn’t as active), although I ate fairly healthy.  My parents raised me well.  I had three meals a day – all food groups were correctly represented and consumed.  I love to cook so it was easy to watch what I ate. 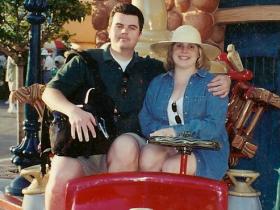 Fast forward to a few years ago – my hubby and I decided to try for kids.  I was a little heavy, but not far off from what I thought was my “normal”.  Being curvy, I accepted I wore women’s sizes, double digit because that is just what I am.  I figured I should get in a better shape if I was to get pregnant.  Well, got pregnant faster than I expected.  I don’t know if this is common, but I thought…I won’t have to gain much weight…I could just try to maintain and end up losing weight while I was pregnant.  Ha!  That was just me being completely unrealistic.  I gained…I gained more than I wanted, about what average pregnancy gain is, but it put me at 250 pounds.  Mind you, I am five-foot-three-inches tall.

Then, my life had some trials.  My son was born early and I was released from the hospital the day of my great-aunt’s funeral.  Two months later, I lost my gramma – my father’s mother.  As some of you faithful blog followers may know, my mom’s cancer returned with a vengeance during this year.  The next year, my son turned one, my step-grandfather died, my mother died, my husband’s aunt died, my last surviving grandparent: my Barbar died.  Suffice to say, I started to lose the weight at the beginning of the year and then gained it all back.  By the time I surfaced from my comfort eating, I was back at 250 pounds only this time I wouldn’t be gaining a child from that weight. 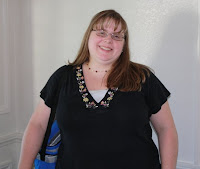 The “before” picture you see…that is me from July 2011.   Seeing that picture, having no energy to play with my two-and-a-half year old son, I was done, seriously done with being big.  But I was so far gone, I couldn’t do the exercise routine I was used to…I was too heavy.  My blood pressure was a mess, I was having dizzy spells, couldn’t sleep, I was snoring.  I was done feeling ugly, being depressed, and I was done not being the mother to my son, that my mother was to me.  I went to my doctor and told her, I was done.  That I didn’t want pills to get skinny or surgery or anything like that; what I wanted was to learn how be healthy.  Something that would help me lose the weight safely but at the same time, teach me to live healthy.  Like I said, I ate pretty healthily; I knew I needed to exercise, but what is the right balance.  Plus – was I really eating healthy?
My doctor prescribed a program and it was the blessing I needed.  It is a medically supervised weight loss program – a balance of diet and exercise and my insurance covered it.  They call it lifestyle modification – I would learn to live a healthy life with a proper diet for my body and exercise.  I started the program October 2011.  A year later, I have lost 92 pounds.  I am almost to my goal weight of 150 pounds.  I am not wearing women’s sizes.  I am not in double digits.  I run or swim five days a week and do weight training and other exercises.  I get 30 minutes minimum exercise a day.  I eat almost all the same foods I did before – but at much better portion sizes.  I have two snacks and three meals a day.  They say, “Never say Never”.  “They” are right.  I never thought I would wear a medium.  I NEVER thought I would be a runner (even though I played soccer in high school…I hated running).  I never thought I would be “skinny” and still have curves.  Yet, here I am…
Through this program, I learned that my body “type” if you will, puts on bulk muscle, if I am not careful.  I’m not a lean muscle person, or at least growing up, I did not muscle up that way.  I was really strong.  I’m not as strong as I was… but I’m working on being strong enough.  I’m toning up.  I know what balance of foods in my diet to eat to avoid the bulking up and keep my muscle leaner.  I do not feel as if I have sacrificed my love of food.  I feel like I found a happier and healthier me…who was inside me waiting to be found.  I found my balance and through this discovery – I have found other areas in my life that needed work.  I had truly fallen down the rabbit hole of depression – much in my life had gone awry.  Now…things are different…better. 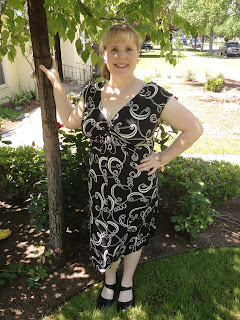 I now play with my son until HE is tired.  We go on adventures in the mountains and around the neighborhood to get “exercise”.  He knows that just as much as our bodies need fuel, we need to be active.  I am as active with him as my mother was with me, if not more.  My mother along with other women in my family struggled with their weight.  I know my mother is beyond proud of me.
It is astonishing to me to see the transformation.  I have put together a little picture timeline to show my journey.  I hope in baring this to you all that it gives you the courage and determination to make a change to that one thing in your life that you feel you cannot.  We are amazing creatures and we can do amazing things when we believe in ourselves.  It is amazing what we can accomplish when we have the courage to take that first step.  I would not be here without the overwhelming support of my family, my friends and especially my GG’s.  Love you guys!
Happy New Year to all of you! And remember… a lot can be accomplished in just one year!