Hello Readers! Today I bring you author Serenity Woods. Serenity lives in the sub-tropical Northland of New Zealand with her wonderful husband and gorgeous teenage son. She writes fun, flirty, and sexy romances in a variety of romantic sub-genres. She’s won several writing competitions and is a member of the Romance Writers of New Zealand. She would much rather immerse herself in reading or writing romance than do the dusting and ironing, which is why it’s not a great idea to pop round if you have any allergies. You can check out all her books at www.serenitywoodsromance.com.
Today Serenity is here to talk about first kisses and her latest release, Mr. Insatiable (Lyrical Press, Jan. 28, 2013, Contemporary Romance). Plus… Lyrical Press is offering a copy of Mr. Insatiable to one lucky commenter, details below. Please help me welcome Serenity to That’s What I’m Talking About.
The First Kiss is the Sweetest…
Hi there, thanks for having me on your blog today! Kisses are, arguably, the most important part of a romance novel. From sweet romances to erotic, most have lots of kisses, because we all recognise that the moment when the hero and heroine first kiss sets off the chain reaction of events that will eventually lead to the happy ever after we all desire.
When I first started writing romance, I submitted to the magazine My Weekly that, at the time, was accepting novellas for their Pocket Novels line. A fellow writer told me she’d had a rejection from them because “it doesn’t have enough kisses” and I thought ah, there’s the secret! And that little tip has stayed with me through all the twenty-plus stories I’ve written. No matter whether I’m writing a sweet story or a racy one, readers want kisses! And the first one has to be long, slow, and hold all the promise of the relationship to come.
I’ve often compared writing about the hero and heroine to writing about ice skaters. Do any of you remember Torvill and Dean? They were the British ice dancers who were the highest scoring figure skaters of all time during the 1984 Winter Olympics. For me, the reason they were so fascinating as ice dancers was that whereas other couples would often separate to opposite corners of the rink and do their thing, Torvill and Dean remained glued to each other, and although they weren’t romantically involved, they had real chemistry on the ice. This is how I think of my characters—I try to keep them together as much as possible, and let the chemistry speak for itself.
Anyway, enough of me rambling on. What’s special about Mr. Insatiable? It’s steamy, romantic, set in exotic locations (Auckland, New Zealand and Beijing, China), with a likeable, feisty heroine and a hero who’s just…well…gorgeous, sexy, slightly kinky, and who loves the heroine with every fibre of his being. Yeah, I’m an incurable romantic. I’ve been called worse things.
And here’s Enya and Kit’s first kiss, just so you can see what I’ve been waffling about.
All their life they’d flirted, joked, kidded around. He didn’t think she was serious, and of course, she wasn’t. Was she? Her gaze slid to his lips again. What would it be like to kiss him? Would it feel as if she were kissing Tristan, sister to brother? Or would it heat her up from the inside, as it had in the dream?
Concern flickered on his face now. “Come on,” he said. “Spit it out, O’Donnell. You’ve never talked about kissing me before. What’s on your mind?”
She looked away. Down in the foyer, Lisette giggled as Tristan whispered something to her while they waited for the next guest. She could tell Kit part of the truth, at least. She longed to confide in him, to ease the burden. “Andy and I broke up last week.”
For a second, he said nothing. Eventually she looked up.
“Fuck,” he said vehemently. “Oh love, I’m so sorry.”
He pulled her into his arms, wrapping them around her. She leaned her head on his shoulder for a moment, enjoying the unfamiliar closeness as he stroked her back and kissed her hair. After ten seconds or so, though, she bit her lip. It wouldn’t do to let him see her in tears. She’d cultivated a spirited, courageous persona, and she didn’t want to ruin that fragile facade now. Kit hadn’t seen her cry since she was fifteen, and she had no intention of changing that any time soon.
Still she lingered, liking the warmth of his hand on her back, the vibration of his deep voice against her ear as he murmured, “Ssh, it’s okay.”
When he paused to kiss her hair again, she whispered, “Do you think I’m attractive?” It was a provocative statement, but the need for reassurance after her breakup was too great to resist.
Kit stilled, and she wondered whether she’d overstepped the invisible boundary they’d erected over the years. Just like Tristan had always done, Kit had commented on her burgeoning figure as she’d grown up, made lewd comments when she’d worn a bikini and teased her about the generous size of her breasts, but it had always been done in a brotherly way, in front of the rest of the family. He’d never crossed that line and been suggestive or touched her inappropriately. When they were alone, he was the perfect gentleman, honorable and polite, and even if he did continue to tease her, she’d never felt uncomfortable with him. Sometimes she’d wondered whether he actually realized she’d grown up.
He moved back and looked down at her. Even though she wore three-inch heels, he towered over her, his shoulders broad beneath his jacket. She waited for him to make a joke, laugh, or look uncomfortable at being asked to say something personal like that.
Instead, to her surprise, he cupped her face with his hands. Looking into her eyes, he held her gaze for a moment, his blue eyes alight with desire. To her astonishment, he smiled wolfishly and lowered his head.
She stood, transfixed, as he pressed his lips to hers. They were firm and warm, and she waited, breathless, while he kissed her, his mouth moving across hers with tender affection. Her mind raced. He was only trying to comfort her. Brother to sister. As if she were kissing Tristan. Yeuch.
Only it wasn’t yeuch. And it wasn’t remotely like how she imagined kissing her brother would be. 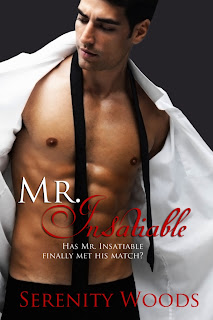 She rested her palms on his chest, surprised at the firmness of his muscles beneath her fingers. She’d seen him shirtless in the summer, hugged him and given him teasing pushes a gazillion times, but she’d never touched him. With his lips still slowly brushing hers, and her heart thudding, she moved her hands up and traced his collarbone beneath the white shirt, and then lifted her hands over his shoulders and around his neck, expecting him to draw back, laughing.
Instead of pulling away, Kit’s arms came around her, strong and tight, his hands sliding down her back to her hips. He pulled her against him, and to her complete and utter shock, pressed the hard length of his erection against her, obvious proof he didn’t feel as if he were kissing a sibling either.
Enya’s mouth opened and she gasped, inhaling sharply when his warm tongue brushed hers. For a second she froze, completely taken aback by his reaction, as confused as she had been in her dream by what he was doing and her reaction to him. He stilled, but before he pulled away, desire shot through her, and her instincts took over. Plunging her tongue into his mouth, she threaded her hands through his hair, pressing herself against him, molding her body to his.
Kit groaned, his hands tight on her butt. Unfamiliar yearning swept through her, and she tightened her hands in his hair, grazing her teeth against his bottom lip, pleasure mounting as he deepened the kiss.
She’d forgotten about the heels. She didn’t wear them very often, and when she lifted herself on tiptoe to press her breasts against his chest, she lost her balance. His weight pushed her back the six inches to the wall behind her, and she hit it with a jolt hard enough to make her gasp and break the kiss.
Kit stepped back. “Shit.” He ran both hands through his hair and then surveyed her, hands on hips, apparently lost for words.
Enya pressed shaking fingers to her lips, her head spinning.
I kissed Kit Fawkes!
She met his gaze nervously. Would he apologize or get angry because she’d turned his comforting peck into a full-blown embrace? Accuse her of threatening their friendship?
Instead, his lips curved.
Lyrical Press is kindly offering a copy of Mr. Insatiable to one lucky reader. So leave a comment below to enter and tell me—am I right? Is the first kiss the sweetest?
Serenity x
Holy WOW! That was hot! Thanks for stopping by and sharing with us today, Serenity!
You can find Serenity on line at…
Website: http://www.serenitywoodsromance.com
Facebook: http://www.facebook.com/serenitywoodsromance
Twitter: https://twitter.com/Serenity_Woods
Amazon Page: http://www.amazon.com/author/serenitywoods
Barnes & Noble Page: http://www.barnesandnoble.com/c/serenity-woods
Goodreads: http://www.goodreads.com/SerenityWoods
And now for the GIVEAWAY…
Lyrical Press is offering to one lucky commenter a copy of Mr. Insatiable. To be entered, please leave a comment for Serenity answering the question: Is the first kiss the sweetest? Please also leave your email so I may contact the winner. The contest is open until February 18, 2013 at 11:59PM EST. One (1) winner will be randomly selected from the comments left on this post. Contest opened to all, except where prohibited by law.
You do not need to be a google friends connect follower of my blog, but it is always appreciated.