Hello Readers! Today I bring you author J.R. Blackwell. J.R. is the Creative Director at Galileo Games. She has edited the anthologies Gimme Shelter, Have Blaster, Will Travel and The Blood Red Sands anthology. She has been published in Escape Pod, The Gospel of the Flying Spaghetti Monster and a range of short fiction magazines in print and on the web. Her first book, Shelter in Place, won the Judges Choice ENnie award in 2012.
Today J.R. is here to talk about an important charity project to benefit City Harvest, the world’s first food rescue organization, dedicated to feeding the city’s hungry men, women, and children. Several talented authors have gotten together to create a special anthology with all proceeds going directly to City Harvest. Please help me welcome J.R. to That’s What I’m Talking About.
The Lost…
The Lost anthology is a set of stories about hope, tragedy, and the people from which the world turns away. From a young woman struggling with addiction to a streetwise Santa looking out for his friends, these stories range from literary to magical realism. The Lost is an anthology of stories that confront issues of homelessness and the people our society ignores. The Lost features a great group of writers who have created daring,
elegant stories of loss, redemption, and love. 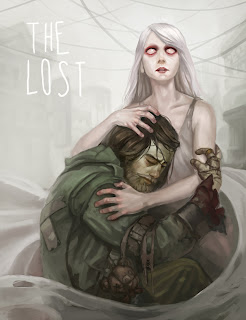