Today I have Ellora’s Cave erotic romance author Avery Aster here at That’s What I’m Talking About. (Insert crowd roar here) Avery lives in New York City and has started a new series called The Manhattanites. Avery is here to share a bit about the first book in her debut series, Undressed. Please help me welcome Avery…
Avery! I have two questions for you before you get started with your post today. Your debut novel; Undressed, is the first in the series. Tell us a little bit about the book.
Avery: I started working on the series about two years ago. There are three full length novels coming out in 2013 and two more novels for the series in 2014. The Manhattanites focuses on relationships. Each novel may be read as a standalone and are written in third person. In The Manhattanites you have three women and one gay guy who grew up together in boarding school. They’ve moved in to NYC to go to college and the series picks up when they are all in their late twenties. The characters are outspoken, successful, wealthy, vulnerable, and all looking for true love. The novels celebrate their experiences while they holiday, climb the corporate ladder, and pursue their romantic interests.
Twimom227: What has the reader response been like to the first book in the series?
Avery: Undressed is well…dirty and funny. One reviewer said it was mommy smut to the max and the most intimate novel she’d ever read. I was shocked because it doesn’t have any BDSM. She said it was because the heroine; Lex Easton was sexually aggressive, smart and thought a lot about sex. Readers have enjoyed Lex’s internal dialogue. I’ve found that if readers have a sense of humor about sex, then they’ll love this book.
An excerpt from Chapter Four: Adrenaline Junkie’s Temple of Doom 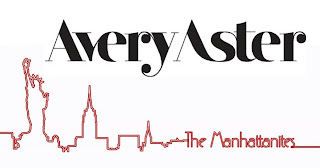 Set up: Lex Easton and Massimo Tittoni have just driven in his racecar to the airport. They are getting ready to jet off to Milan from his Mediterranean island.

Now is an appropriate time to start popping Xanax. Lex tried to settle her stomach from the car ride as she stepped away from the roadster. The dried clay left a film over her shoes with each step. The tarmac, situated at the island’s highest peak, overlooked the village, the palace and even Sicily. She walked over to the edge of the cliff to clear her head. Inhaling aromas from lemon trees, farmed fruits and a briny ocean tang engulfed her senses. As she relaxed her shoulders, the scent put her in a peaceful mood. For a second, she forgot about her worries.
Lex noticed Massimo already at the plane and hurried herself over.
The single engine jet encased in a carbon fiber material, although undersized, was striking. Similar to the prince’s sports car.
Cupping her hands around her eyes, she pressed her face to the window to see a tiny cockpit. “Where’s the pilot?”
“Right here.” He held out the keys, walking around the plane’s right side, smirking, and posing as Indiana Jones on the last crusade. She hoped they weren’t heading toward the Temple of Doom. Massimo rivaled Mr. Jones in hotness, she prayed not in adventure.
“Do you have a pilot’s license?” she asked, unsure they taught aviation at The Royal Millionaire Playboy Making Academy.
“Sì, signorina.” He shook his head poking fun at her.
“I’m serious. Show me your license please?” Lex held on to the plane’s door as if it were a gate to hell. Christian Dior, get me outta here.
Massimo closed the distance between them in response. “Give me your hand.” Not waiting for her to respond, he grabbed her mitts from the door. “Bella, you are shaking,” he noticed and secured his fingers around hers, massaging her palm into his.
Strong hands. “You may call me Lex, not Bella. This isn’t Twilight.” She didn’t care for paranormal.
“Lex,” he whispered in a soothing voice meant for sarcasm, but his tone turned her on. Pillow talk fabulous, he continued, “You are in good hands. I fly, race, sail. I have licenses for many things. Per favore get in.” He held the door open as she stepped up. “Here, let me help you,” he proposed as his large square hands grazed under her ass, sliding her into the cockpit.
“Watch it!” Lex’s tits hardened in stark arousal. Light as air, is how she became when he more or less threw her into the cockpit. “Ahhhhh!” She screamed. Massimo’s gentle intent was overlooked as she bounced when he lifted her up high.
“Scusi,” Massimo apologized. Taunting her, he hung in the doorway and stared down over her—as if they were in bed together. And he’d spread her legs and thrust upon her. But he didn’t. He gave her a confident nod, self assured she wanted him.
I hate you. Flabbergasted into silence, she ogled him as he clicked her seat belt in. Mortification erupted as he slipped his hands under the straps grazing her erect nipples. Not because he touched her—hell he could do more, more, and more as he desired. But because Massimo confirmed to them both she was aroused. She wanted him. Her mouth spoke fuck off but her body danced fuck me. “You’re copping a feel.”
“Just making sure my passenger is in—nice and tight,” Massimo confirmed as he straightened (and rubbed) her legs. Stepping down, he uttered, “I would hate to see those long, sexy legs fall out, dropping you into a shark’s mouth somewhere over the Mediterranean.”
“Ha! Your airplane humor is lost on my American wits.” She pulled on the straps, showing she managed fine without him. His focus on her ass, breasts, and safety reminded Lex what she’d been missing while working away, building Easton Essentials. A man—a fifty two inch chested, six foot three standing, brown eyed, black haired, hundreds to billions dollars rich, hung as a horse, cocky, conceded, alpha man.
He went around to his side and hopped in. The cabin packed tighter compared to the race car as Massimo’s arm jammed up against hers. He nudged her and joked, “Do you see room for a third person to fly us?” Familiar with the dashboard, he slammed the door and worked the instrument panel.
Lex half closed her eyes thinking about him touching her again—and again. I hate him.
The control panel lit up, resembling Manhattan’s downtown skyline, welcoming his command. When Lex’s conscious returned to Earth post I Hate Him Please Fuck Me City and her tongue sharpened, she bleated, “Most fitting for you, Prince Massimo Tittoni, to be flying this plane.” He’d been in charge since the get go. Massimo exuded many extraordinary talents, so much so it pissed her off and turned her on at the same time.
“Meaning?” he prodded as the jet started lunging them forward.
“You’re an adrenaline junkie.” She crossed her hands over her chest, covering her aroused nipples which he’d become aware. “They have support groups for you guys back in the States—Adrenaline Addicts Anonymous.”
This man loved everything high tempo—race cars, big business, rich lifestyles and his many poolside lovers. It scared her for reasons familiar. Her father died the same way. He lived life in fifth gear to the point no one returned without getting hurt.
You junkies never settle down.
Her ears popped as they took off. She peeked out the rattling window, surprised she enjoyed the prince’s flying much better than his driving. Hidden under her Tom Ford sunglasses, she hid her exhilaration from zooming over the Tyrrhenian Sea.
Shades shimmering in cyan, turquoise, and ultramarine blended into the waves below.
She tried to take in the thin air supply without hyperventilating from the thrill, convinced she’d come in her seat if he hit an air pocket.
More about Undressed 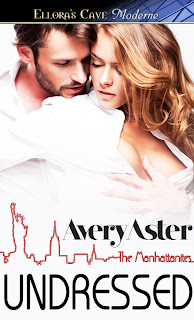 Content Warning: due to graphic sex scenes, strong language, suggestive themes, mature humor, and just about everything your mother ever told you not to do–including wearing a see-through dress, this novel is for adults only.
Milan’s notorious playboy, Massimo Tittoni, seems to have everything–Lamborghinis, exotic women, palaces throughout Europe and business success. Ramping up his fabric company to go global with a new apparel brand, he ruthlessly stops supplying fabrics to the American client who inspired the collection. But once they meet, what’s he willing to give to get her in his bed?
Upper East Side designer Lex Easton will be damned if she’ll let an Italian stud muffin knock her down. So what if she named her favorite vibrator after him. With Fashion Week approaching, she’ll do whatever it takes to secure the fabrics she needs to become the next Diane von Furstenburg– even sleep with her rival. But when she arrives in Europe the paparazzi chronicles her every move and she finds herself in a situation never imagined. Lex’s Louboutins stilettos are dug in deep to win this war. All’s fair in love and fashion!
Avery Aster’s super-glossy debut novel is loaded with passionate escapism, pitting American ambition against Italian tradition. Erotic romance fans who appreciate extended sex scenes, witty banter and glamour mustn’t miss Undressed.
Inside Scoop: Though the hero and heroine remain monogamous, their Prada-wearing friends indulge in a ménage a trois and other fashionable sexual fun and games.
The Manhattanites is a series of full length novels focusing on relationships. Each book may be read as a stand alone and features a HEA w/ closure for the couple’s story. If you’ve enjoyed TV shows like Girls (HBO), Dirty Sexy Money (ABC), and The Bold & the Beautiful (CBS) then you’ll love this series. Avery’s characters are over the top. They have raunchy sex, speak their minds and the plots are twisted. (In a good way!)
Thank you so much for stopping by today, Avery.
You can purchase Avery’s debut story at Amazon

and other ebook retailers.