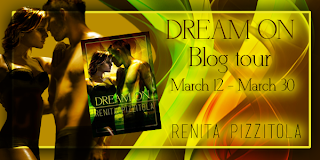 Hello Readers! Today I bring you author Renita Pizzitola. Renita writes Paranormal Romance and Urban Fantasy. An avid reader herself, she has always enjoyed stories with witty humor, romance, and fascinating characters. Renita lives in Texas with her husband and two children. When not writing, she enjoys reading everything she can get her hands on, drinking copious amounts of coffee, and playing referee to her two typically adorable children.

Renita is here today to share a bit about her new release Dream On (March 4, 2013, Lyrical Press). Please help me welcome Renita to That’s What I’m Talking About.
First off, thanks for having me on your blog! I’m excited to stop by and get a chance to talk about my new Urban Fantasy Romance, Dream On.
Dream On features a dreamwalker named Emory. Basically, a dreamwalker is someone who can separate their spirit from their physical body and enter the dream realm. Emory has taken this ability and turned it into a lucrative business. She spends her nights entering the dream realm and ending nightmares. Of course not all nightmares are the scary kind, but there’s not much she can’t handle. When a man enters her dreams asking for her help, she’ll face her most difficult challenge. Turns out he’s a fellow dreamwalker and has been body-snatched. Another spirit has taken residence in his body, leaving him trapped in dreams and he wants her help to lure the other guy out. Emory is used to taking on bad guys in nightmares, but this job crosses into her physical life, and eventually her emotional one as well.
I thought I’d share an excerpt from Dream On. This scene between Grayson and Emory takes place shortly after she’s met Alex, the spirit residing in Grayson’s body. 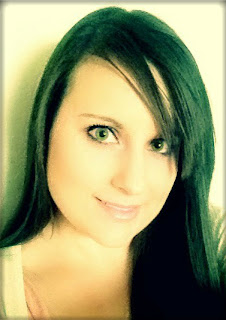 Excerpt:
Closing my eyes, I practiced what to tell him, reminding myself not to mention the kiss.
Over and over again, my mind replayed what I planned to say, all while envisioning a park. Sleepiness settled over me and I drifted off.
I walked along a sidewalk and stopped, laughing at a funny squirrel. It was huge. I’d never seen such a large squirrel.
“Interesting.” I turned at the sound of Grayson’s voice. He walked up beside me and tilted his head to the side, observing the chubby squirrel make his third attempt to climb a tree. “Do you think this is your subconscious way of telling you people should stop feeding the squirrels in the park?”
I laughed. He was probably right. But that word did something else–it stirred something in my memory. Subconscious. What was it about my subconscious I needed to remember?
“I kissed Alex.” I blurted. My hand flew to my mouth. Oh no. No, no, no. My mental prep had the opposite effect. Instead of helping me guard my private thought, it made it a front-runner.
“Um, okay. So, how was I?”
“I’m so sorry. I wasn’t supposed to say that. It’s just, well, I tried to prep not to…and well…it just came out. I’m sorry.” Mortified, I turned away. I was used to being in control during dreams. On the rare occasions I wasn’t, at least it was just a dream. Did my clients feel like this when I invaded their dreams?
“It’s okay. I–” He cleared his throat. “I, uh, I don’t know what to say. I guess you two hit it off?”
“No. Well yes, maybe a little. See, I thought if I kept him drinking, he would divulge more information. Problem is, I drank a bit too much, and when it was time to go, he kissed me. I had a slow reaction time.” I shifted my eyes downward. “Or something like that.” I met his gaze, but looked away. “And to answer your question, good.”
I slapped my hand over my mouth again. I was stuck in my own forgot-to-wear-my-pants dream. Embarrassment overwhelmed me, as my mouth became a slippery slope of mortifying confessions.
Grayson chuckled. “Good to know.”
“Next time we get together, let’s meet in a client’s dream, okay?”
“Really? But I much prefer this.” He grinned.
“Me, not so much.”
“Let’s sit down.” I nodded and we found a park bench. “So, besides the fact I will one day make you an awesome lover, did you find out anything else?”
My cheeks burned. I had no intentions of things going any further with Alex, and Grayson’s implications infuriated me. “It was a mistake. I’m not hooking up with your body. I was drunk. It won’t happen again.”
“I wasn’t talking about my body.”
Dream On
March 4, 2013
Lyrical Press 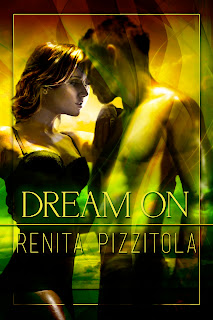 Her quest begins when she closes her eyes.
Emory Bennett owns a lucrative dreamwalking business. Trained in weaponry and Muay Thai, she spends her nights entering the dream realm resolving her clients’ nightmares, whatever they might be: bad guys, scary beasts, or the classic forgot-to-wear-my-pants nightmare. Her jobs get complicated when a gorgeous man keeps appearing requesting her help.
Grayson, a fellow dreamwalker, is stuck in the dream realm while a stranger inhabits his body. He needs Emory’s assistance in the waking realm, which he can’t visit if he can’t get back into his body.
Once Emory is convinced Grayson’s not a figment of her imagination, they concoct a plan to lure the body snatcher out. But as Emory begins to fall for Grayson, the line blurs between him and the stranger who inhabits his body. She must keep it together to get close enough to discover his secrets, or divide her very soul if she can’t bring the man she loves back.
Thank you so much, Renita, for stopping by and sharing a little of your new release with us today!
Find Renita online …
website/twitter/facebook/blog/goodreads