Today I have the honor of bringing to you one of my favorite authors, Stephanie Tyler. New York Times Bestselling author Stephanie Tyler writes what she loves to read – romantic suspense novels starring military heroes and paranormal romance novels, all complete with happy endings. She also co-writes as Sydney Croft. She lives in New York with her husband, her kids and her crazy Weimaraner, Gus.
Please help me welcome Stephanie toThat’s What I’m Talking About.
Twimom: Stephanie, welcome back to the blog. You’ve been missed!
Stephanie: Thanks Jen!!!  I’ve been busy writing (which is a good thing)!
Twimom: Yes! That is a good thing! So let’s talk about hunky, intense military men… We last heard from the boys of the Shadow Force back in October 2011. What have they of been up to? Stephanie: Well, Reid’s story, Lonely is the Night, just released in March 2013! [Jen’s review HERE.] It’s a long novella that finally gives readers closure on Reid and Grier’s romance.  You’ll also catch up with the rest of the guys and find out how the Shadow Force series ties in with the Section 8 series, thanks to one particular character (more on him in the next answer!).
Twimom: Your current release, Surrender, is the first story in a new series. What is Section 8 about and how does it tie into the Shadow Force?
Stephanie: Section 8 is about the fallout / families of a group of former military personnel who were brought together to create a secret Black Ops group.  Surrender is Dare’s story – his father was one of the original Section 8 members and Dare finds himself hunted because of his father’s involvement.  So Dare, his half sister Avery and several others who have an indirect involvement in Section 8 must find a way to work together to save themselves and one another.  Gunner is a character you’ll meet in Surrender and he’s the tie-in character for the Shadow Force series.  Gunner and Reid are friends and have worked together in the past.  Actually, Gunner once saved Reid’s life.
Twimom: Can you tell us your future plans for the Section 8 series?
Stephanie: I’ve just finished book 2, Unbreakable, and that’s Gunner’s book   And I still have to write about brothers Jem and Key, so lots of intrigue and lots of romance.
Twimom: Larissa Ione said “No one writes a bad-boy hero like Tyler.” I have to agree. What is so appealing about a man that lives outside of societal norms?
Stephanie: I was literally just telling Larissa yesterday that that’s my favorite quote ever!  I just find that most bad boys are typically the most loyal and honorable men – they live by their own code of honor and this sometimes puts them at odds with society and the rules that have been created.  Men who push the limits, who challenge the rules in order to save people are always the most interesting to write about. 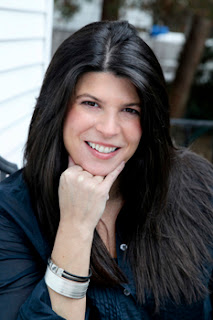 Twimom: What do you find most challenging when creating your heroes and/or writing their points-of-view?
Stephanie: Really, nothing   That’s my absolute favorite part of the book – the hero’s point of view!  They always come to me most clearly.
Twimom: I always love to find out what my favorite authors are reading… What is your favorite book you read during 2012? What is your most anticipated read coming in 2013?
Stephanie: I really enjoyed Beautiful Disaster by Jamie McGuire, and I’m actually really looking forward to Walking Disaster by her (which I believe came out the same day as Surrender)…because hello, hero’s pov?  I can’t wait to see what she does with it.  I feel like it will break the story open in a different way and what an awesome idea to have the same exact story from another character’s point of view!
Twimom: Stephanie, once again thank you so much for taking the time to tell my readers a little bit about yourself and your writing. It was wonderful chatting with you again.
Stephanie: You too, Jen!!! Thanks so much for having me back! And I’d love the chance to giveaway an eCopy of Surrender (Kindle or Nook) to one of your readers  All they have to do is comment and answer your question of favorite read of 2012 and most anticipated read of 2013!

GIVEAWAY:  Stephanie is offering one (1) ebook copy of Surrender to giveaway here at That’s What I’m Talking About. To enter, please leave a comment telling Stephanie your favorite read of 2012 and most anticipated read of 2013 and your email at the end of today’s interview. One entry per person. Winner will be selected randomly from eligible entries. Open to all where not prohibited by law. Contest open from April 4, 2013 until April 11, 2013 at 11:59 PM EDT.