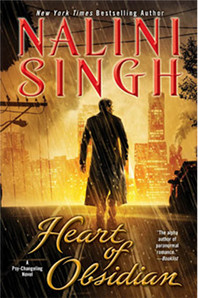 4 responses to “Review: Heart of Obsidian by Nalini Singh”