Today I welcome back romance author Taryn Kincaid. Taryn is an Olympic caliber athlete egg roller and spends a great deal of her time petitioning the U.S.O.C. to introduce a fantail shrimp competition. When she’s not bungee jumping off the Palisades or parasailing up and down the Hudson River, she devotes her time to caring for her aging pet walrus, arranging her voodoo doll-pin collection and practicing rhythmic chants. At this moment, she is busy sweeping up the loose masala chai tea leaves she spilled all over the kitchen floor. (Probably because she needs COFFEE.) Wait. Is that something…sparkly?

Taryn hangs around a lot on Facebook and Twitter with her trillions of fans and pops in at Goodreads from time to time. You can catch her on her website, http://tarynkincaid.com, and her blog, http://dreamvoyagers.blogspot.com where she lives for comments!

Have One on Me!

My drink of choice these days is coffee. Coffee, coffee, and more coffee. 12-ounce mugs of hot, steaming, fragrant coffee. Venti, large and super-sized iced coffee on the run from coffee purveyors and fast food shops.  I used to love, love, love, all the frozen lattes and frappes…but the current diet does not permit all that sugar and fat!  And whipped cream…so…yeah…plain old, gorgeous, dark, silky smooth, wonderful coffee. (Although, I admit, sometimes, in the afternoon, I’ll switch over to iced tea, if I think the engine’s been revved a little bit too much, or I’ll be up all night. )

Sometimes I live vicariously through my characters! In more ways than their beverages and refreshments.  I think it’s one of the reasons we love to read romance novels. What do you think? Tell me and I’ll send one random commenter a $5 gift card from Starbucks or Dunkin’ Donuts! 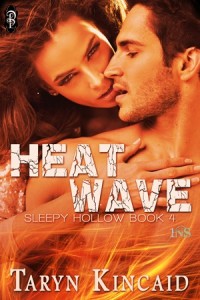 Sent into the human realm to retrieve prodigal princess, Zena Night, Bhyrne Raines is shocked and unprepared for his carnal reaction to the sexy succubus. In service to the succubus queen, the rugged enforcer must stifle the instant passion exploding within him. Fulfilling his royal duty doesn’t allow for quickie dalliances. His biological clock is ticking, and he begins to enter breedspawn, an intense and unstoppable frenzy of mating all fire-demon males must endure. But the more he wants to avoid Zena, the more he’s drawn to her.

Reluctant to give up her carefree life of partying among the mortals when the hot-as-sin Bhyrne comes to fetch her for the queen, Zena uses her succubus wiles to entice him, or at least delay the inevitable trip to the royal court. Once in the demon stronghold, hidden deep within the Catskill mountains, she learns the reason for the summons: she must choose a consort within two days.

Thank you to Taryn for donating a Dunkin’ Donuts or Starbucks gift card to one lucky commenter! To enter, please leave a comment for Taryn telling her if and how you live vicariously through the characters in romance novels or why you love to read romance novels. Contest is open from August 26 to Friday August 30, 2013 at 11:00 EDT. Please include your email address with your reply so that I may contact the winner. Winners are limited to US mailing addresses ONLY. Not allowed where prohibited by law. One (1) winner will be selected at random from the comment entries. Prize will be emailed to winner directly by author. I am not responsible for items lost in transit.