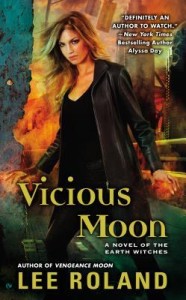 We sat at the table, and oh, it felt good to be there.  Stupid, I was totally stupid.  But I had to get to the reason I’d been kidnapped.

“Gran, why did you send the Sisters of Justice after me?  That’s pretty drastic.  You must have pulled in some favors.  Especially if you got them to put up with Herschel.”

“There is one Sister I call a friend.  A powerful Sister.  I asked her to find you and to take Herschel so you wouldn’t be frightened and run from them.  They probably shouldn’t have sent three, but I’m told if they hadn’t, you would have escaped them.”  I heard pride in her voice, not admonition.  It didn’t last ling.  “Nyx, if you had stayed in touch..”

Ouch.  She was right.  I wasn’t a great communicator.  I could have written her from San Francisco at any time.  And if I’d actually seen Herschel with the Sisters, I might not have been so quick to run.

Gran sighed as she sat in her chair  “I suppose I could have had the coven find you, but this problem is none of their business.  They’re the reason you ran away in the first place.  I’ll never forgive them for that.”  She sat quietly, hands wrapped around her teacup.  The fine wrinkles on those hands were overlaid with brown spots of age.  One finger twitched ever so slightly.  “Nyx, I fear something has happened to your sister.”

“Marisol?  Where is she”  Marisol had always been the darling of the family.  Jealousy did rear its head occasionally, but since I was a loner by nature, it didn’t plague me a lot.  When Mama died, it fell to me to help care for her and keep her from toddling off and drowning in the swamp.  She was a good girl, always loving and loved in return, even by me.  She also had the makings of a powerful witch, something I would never be.

Tears formed in Gran’s eyes, and her small body shook.  I wanted to soothe her, but I didn’t think anything I could say or do would help.  When she stilled, she said, “Marisol went to Duivel.  Now she’s disappeared.”

My sister had, even in her youth, quickly surpassed Gran and her other teachers.  What kind of trouble required her magically incompetent sister to help?  My use of magic often compounded problems, rather than solved them.  Nevertheless, I did love my sister and I’d do anything for Gran.

“Yes, but Marisol went to study with a witch named Laudine, who also lives there.  Two weeks ago, Laudine sent me a letter saying Marisol was missing.  But she asked that I not contact Abigail.”  Her voice quavered.  “She said that if I’d come as soon as possible, she’d tell me why.  I’ve grown too old for that kind of journey.  I immediately contacted my fiend, the Sister, not the High Witch.”

Gran didn’t look at me.  She stared across the room where Marisol’s picture hung on the wall by Mama’s and mine.  I knew about Duivel.  Most witches did.  It was the center of earth magic in this part of the world.

Gran, that sounds seriously…wrong.  A witch disappears, but you shouldn’t talk to the Earth Mother’s High Witch?  Do you have the letter?”

“No.  It was spelled.  It crumbled after I read it. And I feel that the word wrong does ntot even begin to cover the situation.”

“I know Marisol would have written you, Gran.  She says anything about trouble?”  My tea finally cooled, so I sipped.  I would have preferred coffee.

“She did write, but it’s been over two months since I heard from her.  I am worried, and I want you to go to Duivel  To find her.”

“Okay, Gran, I’ll go.”  Instant decision.  She had only to ask.  While I wasn’t the perfect granddaughter, Gran and Marisol were my only family, and if they needed anything from me, they would have it.