Today I welcome Peter Hensen to That’s What I’m Talking About. He’s here to tell us more about his story, Sleeping With Ghosts, which is part of the Bump in the Night anthology. 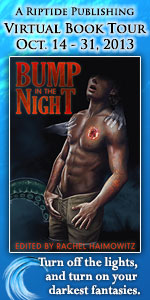 What the Grimmpunk?
It seems like everything’s a -punk these days. As a child of the late eighties, I missed the meat of the original punk movement, but I’m lucky enough to live in an era where cyperpunk, steampunk, and even dieselpunk are alive and well. I never met a trend I didn’t want to misunderstand and co-opt, and since punk is all about not conceding to pervasive cultural messages, it seems only right that I concede to this one. Thus, I’ve decided to bring my own contribution to the -punk table in “Sleeping with Ghosts”: Grimmpunk.

You may all applaud now. No, louder. Go on.

Too soon? All right, let me back this up to 1812. No, let me back this up to 1765, and Thomas Percy’s Reliques of Ancient English Poetry. Percy’s Reliques were a major early example of philological nationalism, an outgrowth of antiquarian history that involves the collection of folkloric artifacts like poems, songs, and stories to represent a national or regional culture. The philological movement that Percy helped to touch off was HUGE in the late eighteenth and early nineteenth centuries, when the increased reliability of travel and ease of commercial printing made it relatively easy for academics to get their fingers into each other’s pies, and the corresponding nationalist and imperialist movement was—as any reader of Regencies can probably tell you—also huge. Into this milieu came a pair of brothers.

No, wait, that came out wrong. Let’s try it again. There, much better. The Grimms were, at least initially, Serious Scholars. Their goal was to record the tales that families told their children in order to document culture as accurately as possible, and their original audience was a scholarly one. Thus, they told their stories with the blood, guts, and sex on the surface—after all, German scholars needed some distraction from the latest of Kant’s impeccably well-ordered treatises on the nature of reason. Oh, and it was probably more accurate that way or whatever.

Although we talk a lot about how Disney sanitizes fairy tales, we don’t talk nearly enough about how the Grimms sanitized their Kinder- und Hausmärchen as soon as they realized that actual people were actually reading them to children. Rapunzel? Hate to break it to you, but not only did she not have an adorable chameleon companion in the original, she did the nasty with the prince who climbed up to visit her, and she became pregnant. Hansel and Gretel’s wicked stepmother? Originally their biological mother. And that’s not even bringing up The Juniper-Tree, which includes the memorable lines, “My mother she killed me / My father he ate me / My sister, little Marlinchen / Gathered together all my bones.” The version that survives is disturbing enough on its own.

Grimmpunk is sort of about the delight of early steampunk tech, and it’s sort of about retelling fairy tales to reclaim the fantasy of standing against the darkness of the fairy world — but more than that, it’s about remembering that fairy tales were often stories of horrific human cruelty in their original form, and about how magic works to avenge or forestall that cruelty. It’s about stripping away the layers of commercialization and sanitized pablum, stripping off the nationalism and the scholasticism and maybe even a little of the didacticism of mothers teaching their children to be good, to find a core of human fear and love.

As far as I’m concerned, that project is pretty punk rock. 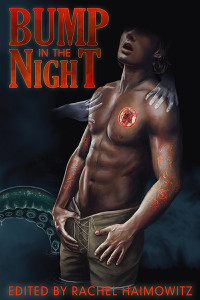 Turn off the lights . . . and turn on your darkest fantasies.

Demon pacts. Ghostly possessions. Monsters lurking in the depths. The things that go bump in the night frighten us, but they also intrigue us. Fascinate us. Even turn us on.