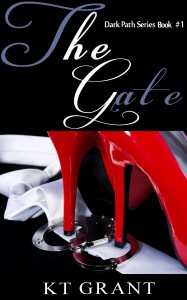 Erika Walsh has carried a torch for Christopher Milton, heir to her father’s publishing empire for years. After one steamy make out session she begins to wonder if it might develop into something more. But when M.L. Crawford, better known as Max, her father’s publishing rival, seeks her out at a society event, she’s drawn to his magnetic charisma and powerful demeanor. Their verbal bantering and innuendo laced overtones stir feelings she never knew existed, and soon Erika is consumed with knowing the real man under Max’s restrained public façade.

Erika’s sweet nature and naivety excites Max to near madness. He wants to train her in the art of seduction and make her succumb to his every wish and command… as his perfect submissive. Yet, Christopher is determined to keep Erika from becoming the latest victim of Max’s sinister sexual hungers. He knows all too well what Max hides in his black soul and will stop at nothing to reveal all of Max’s secrets in order to protect the one thing he holds dear above all else- Erika.

Max’s dark desires scare yet arouse Erika, as he opens her eyes to a new bold world full of passion and ecstasy she never imagined until him. But the biggest question remains: Is Erika’s craving for Max just an illusion that transpires behind the walls of The Gate? 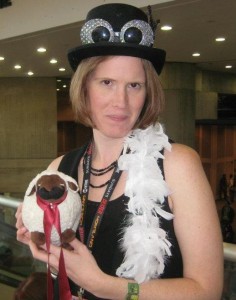 KT Grant is a self-proclaimed eccentric redhead who not only loves to read a wide variety of romances, but also loves writing it. Under her alter-ego, she is a well-known book  blogger who doesn’t shy away from voicing her opinion. A proud native of New Jersey, KT is multi-published and writes Gay, Lesbian and Straight romance. KT has been a top ten best-selling author at Amazon, as well as being a multiple All Romance Ebooks best seller and a Night Owl Reviews Top Author Pick.

KT is generously donating one (1) digital copy of The Gate to give away here at That’s What I’m Talking About. In order to enter the giveaway, complete the Rafflecopter form below AND leave a comment for KT telling her about one of the best dates you’ve been on. The giveaway is open internationally, where not prohibited by law. Contest is open from October 17, 2013 until 12:00AM (midnight) on October 24, 2013. The author will provide the book directly to the winner.

She went to give one of the bartenders a break but noticed a man sitting alone at the far end of the counter. He sipped his drink, staring at the half naked bodies gyrating in a glass box behind the bar. For the past two weeks, from Thursday to Saturday, starting at nine o’clock until around midnight, he would sit, drinking some juice concoction, never moving from his perch. When someone approached him, he waved him or her away.

The lights overhead flashed on him. Staring straight at her with those big brown eyes, he raised his glass in a salute. His shaggy, grayish-blond hair needed a good cut, the strands falling near his shoulders, the tips just touching.

She met his gaze, waiting to see who would look away first, but lost herself in his penetrating, mesmerizing eyes. She blinked, losing the game, and tilted her head in acknowledgement. He lifted his glass again, shaking it.

Her head bartender moved to refill his glass, but Catherine stopped her. “I’ll take care of the lonely heart in the corner.”

The woman backed up, nodding at another customer who flagged her. “Go ahead. He’s just a baby anyway. Not my thing.”

Swallowing a laugh, she approached the cute kid who had to be at least twenty-one—a good ten years her junior—or he wouldn’t have been let in the club. But he didn’t look much older than that.

“Can I get you another one?” She held out her hand for his glass. “What are you having?”

“Should I?” He had a memorable face, clean cut, noticeable, but they had never met before.

His mouth tilted up in a brief smile, a dimple appearing near his left cheek only to vanish. “Have you heard of Westerfield Hotels?”

Everyone knew of Westerfield’s, the high-class hotel conglomerate. Cameron had taken her to one to celebrate their engagement.

She shrugged. “Sure, I stayed in the one near Lincoln Center. It’s a nice place. Are you the owner or something like that?” she joked, waiting to see if he would lie to impress her.

Folding his hands on the bar, he leaned forward. Humored, she moved in to hear what he had to say.

“I’m the heir to the Westerfield fortune. I turned twenty-one two weeks ago, and not only do I own a big percentage of the business, thanks to my sweet, departed grandmother, but I’m worth one-hundred million dollars.”

She hid her surprise by grabbing an empty glass and filling it with seltzer. So, here was the golden child, Bryan Westerfield, the son to one of the richest men in New York State—maybe even the East Coast—and the grandson of Ava Westerfield? The tabloids were merciless about his parents, including his mother who ended up totaling her car ten years ago when she raced with one of her lovers down FDR Drive. Rumors persisted his father was gay which was why his wife had cheated. The press also questioned Bryan’s sexuality, a disgusting thing to do to the boy. But then speculation died down—or rather, Papa Westerfield put a stop to it. The last known piece of information was that both father and son resided somewhere in Connecticut, inaccessible to the paparazzi.

She motioned to his empty glass. “Congratulations, birthday boy. Your next drink is on the house. What would you like?”

He sat back, eyeing her as if she was a snake ready to attack. “You’re not impressed. Most girls are.”

“Sweetheart, I’m not most girls. Why should I be wowed you have money? Most who come here do.” She anchored a hand on her hip.

“Shouldn’t the drink be on you and not on the house?”

She’d expected some snarky comment, but his question sounded innocent from the tone in his voice.

“I hope you don’t mean in the literal sense.” She grabbed his glass. “So, what’ll it be?”

“Apple juice. Please.” He crossed his arms, a hooded look coming over his face as he licked his bottom lip.

She shook her head at his change in his demeanor, including his tongue, which was one of the longest she’d seen on a man.

“That’s quite a tongue you have there. How can your mouth handle it?” Not waiting for a response, she took the apple juice out of the fridge. She poured the liquid in his glass then set it down on a cocktail napkin. He sat with his arms still crossed but with a much bigger smile than before.

“My tongue can do amazing things.” Sticking it out, he touched the tip of his nose.

After taking a long drink of her seltzer, she clapped in a deadpan manner. “Impressive. What else can you do?”

He swiped his finger down the side of the glass. “Many things. Interested in finding out?”

“Simmer down, Junior.” She held up her palms. “How about we keep our tongues to ourselves.”

“I share the same first name with my dad.” He sipped from his glass. “But we don’t have the same tongue length. I’ve always wondered if we shared the same pe—”

“I can see where you’re going. I’ll just take your word for it.” She should walk away, but she was having fun. He wasn’t being rude or snobby like some of his type tended to be when they came to play.

“I was going to say our shoe size.” He wiggled his eyebrows, and she chuckled.

“Sure, Junior. Anyway, where’s your entourage? I thought a guy worth millions would be surrounded by at least twenty uber hot babes who’d hang on your every word, expecting you to pick one of them to go home with you tonight.”

As she went to refill her glass, his hand shot out, grasping her wrist. She almost twisted away and told him to fuck off, but his imploring stare gave her pause.

“I’m not like those other spoiled rich kids. I also don’t fool around with those groupie chicks who are just interested in me because of who I am and how much I’m worth.” His laugh came out hollow. Giving her wrist a squeeze, he released her. “You’re going to think I’m bullshitting you, but I’m still a virgin.”

Stupefied, she couldn’t think of anything to say. There weren’t many twenty-one year old virgin men running around—especially ones looking like him.

Setting her arms on the bar, she eased forward, invading his personal space. He didn’t seem to mind, leaning toward her.

“Do you want to know why I’m still a virgin?”

She nodded. “Sure. It’s not every day I meet a boy your age who hasn’t had his cherry popped.”

“I’m not a boy.” He scowled. “I haven’t met the right woman I’m comfortable giving my body to. She must accept my faults, inside and out.”

Where the fuck was he going with his peevish gripe? Many who came to The Gate needed someone to talk to. She was generous and didn’t charge to hear people complain about their problems.

“Is that why you came here? You think you’ll find your ideal woman here, of all places, who’ll make you a man? Good luck with that.” She deliberately sounded snide, unbelieving. If the poor boy…man thought he’d find his one true love among the needy souls at The Gate, he was in for a surprise.

“It’s possible. I’ve been watching her here for two weeks.” He brushed his finger down the side of her face. “She’s talking to me right now.”

8 responses to “Book Spotlight and Giveaway: The Gate by KT Grant”