Working Out the Kinks 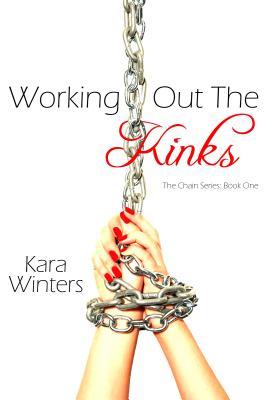 I never really saw any romance, except that which Lexi fantasized.  I actually thought that Eric thought he was merely training Lexi for someone else when they went through the contract.  He asked, she lied and said she had a Dom.  *shrug*  Didn’t see any change in emotion or anything else.  What I did see, however, was a Dom caring for his sub after playing.  I never saw it as romantic.  I viewed it as responsible and healthy.  Then, at the end… BAM!  The ‘L’ word gets tossed around, and they all live happily ever after.  When I reached the end, I was looking for another hundred or so pages to actually identify a conflict between the D/s and have that play out.  I wanted to see romance develop between Lexi and Eric – I didn’t think Eric treated her any differently than he treated Whitney, his trainee.  P.S. – the mere mention of a ‘contract’ made me cringe. In addition, there were a few things that stood out as particularly ‘Um.  What?!?’ for me.

Love comes in many forms, even in submission to a Master.

When her childhood friend shows up in her history class completely changed, Alexandra “Lexi” Hayes knows something is wrong. She thinks it might have to do with the mysterious Dr. Eric Pierce she keeps seeing with Whitney.

Seeking to help her friend and understand the change, Lexi finds herself drawn to the man. Before she knows it, she’s fallen into his world, and under his control.

Eric Pierce is used to breaking in new subs for other Dominants, but when Lexi shows up in his office, he wants her for himself.

Can Lexi learn to let go and submit to her new Master? Or will she run from this chance at love?