Today I have a special guest taking over Saturday Conversations. Please welcome paranormal author Jessie Donovan, who is here to chat about inspirations. Keep reading for more about her new release, Blaze of Secrets.

People often wonder where authors get their inspiration.  Some find it in music, others a from special place, or even while watching a TV show.  But in my case, everything clicked together about five years ago at the Washington State History Museum.  To be more specific, it happened while I was perusing an exhibit on migrant loggers.

Now, you may be wondering what in the world do migrant loggers have to do with elemental magic and a horrible prison system that tortures its inmates?  Well, the first version of my Feiru universe took place in 19th century Washington State, and it took a whole manuscript for me to realize that I could do better. But at the time, my hero was a migrant logger who ended up being kidnapped by fairies from an underground world, where he was forced to mate with one of them to stay alive.

It took reading a book about the CIA and world government overthrows (specifically the parts about propaganda) before my current version started to take shape.  I’m probably the only person that can see any similarities between the original version and the final product!

Inspiration can come from anywhere, but what about you?  No matter if it’s writing, art, sewing, dancing, or anything creative, where does your inspiration come from? 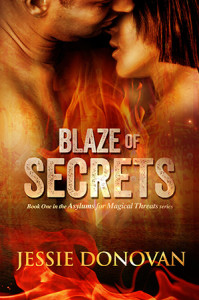 To avoid persecution, the Feiru will do anything to keep their elemental magic a secret from humans—even lock away their children for life. Few know what goes on inside the prison system for magic users, but that is about to change…

Kiarra Melini overhears the dangerous secrets of her blood and decides that if Feiru elemental magic is to survive, she needs to die. But before she can finish the deed, a handsome black-clad man kidnaps her from prison and introduces her to an anti-prison activist group. As the prison retrieval squad hunts for her, Kiarra must overcome the demons of her past or risk losing not only her newfound freedom, but also the man who reawakens her desires and captures her heart.

Jaxton Ward finally rescues his older brother from prison, but instead of helping with his brother’s recovery, he’s ordered to train Kiarra—a stubborn elemental fire user who claims her magic is gone. But just as Kiarra starts trusting him with her secrets, the prison enforcers catch up with them. Now Jaxton must find a way to keep his family safe while also protecting the only woman able to ignite both his temper and his passion.

Satisfied that Cam was in safe hands, he ignored their bickering and headed up the stairs. Cam was a problem he could handle later. Right now, he wasn’t about to let Kiarra relapse into the hesitant and scared woman from earlier, no matter what he had to do to prevent it.

He knocked, and without waiting for a response, opened Kiarra’s door. Inside, Kiarra was on the bed curled on her side, facing the wall. The sight made him uncomfortable.

Before he could think of how to approach the situation, Kiarra said, “I didn’t give you permission to enter. Get out of my room.”

Jaxton took a few steps toward the bed. “Technically, this is my house.”

Kiarra rolled over and glared. “I doubt you’d barge into Darius or Marco’s rooms.”

Her eyes were red and puffy from crying. Part of him wanted to comfort her like he’d done earlier and drag her close, but he ignored it. Jaxton was her trainer and forcing her back into a routine would hopefully erase this backtracking of her progress. “They can take care of themselves. Until you can do the same, think of me as your shadow. I’m going to show up when you least expect it.”

Kiarra rolled back toward the wall. “I can’t do this right now, Jaxton. Just leave me alone.”

“I know that I said you could have the evening free, but I’ve changed my mind.” He strode over and yanked the pillow from under her head. “You’re eating dinner with me, so get up.”

Kiarra made a noise of frustration, turned around, and sat up. “I know you’re used to getting your way, but not this time.” She reached for the pillow and tugged. “Give me back my pillow.”

Jaxton tightened his grip. “No.”

He tugged hard and pulled Kiarra up off the bed. She crashed into his chest before taking a step back and slapping him on the chest. “You’re an asshole.”

He pinned her hand against his chest with his own. “If you’re going to swear, you’d better bloody well try harder. My great-aunt could do better.”

She curled her fingers into his chest, her nails biting through his shirt. “You’re a fucking asshole.”

“That’s better. Ta for the compliment.”

Kiarra stared at him with narrowed eyes. Neither one spoke, and despite the thin layer of material between his skin and hers, her touch seared his chest. Kiarra must’ve felt it too, because she darted a glance to her hand on his chest, her brows briefly drawing together.

He took a step toward her. Their bodies were now only a few inches apart. “You feel it too.”

Kiarra looked up. “I don’t know what you’re talking about.”

“Liar, and I’ll prove it.” He lifted his free hand to cup her cheek, the skin-to-skin contact sending a jolt through his body. She tried to hide her reaction, but her pupils dilated a fraction, betraying her emotions. “You sure your elemental fire is gone?

He rubbed his thumb against her soft cheek, the heat intensifying with each stroke—warm, but not unpleasant. Kiarra’s hand relaxed against his chest. Somewhere in the back of his mind, Jaxton knew he should step away, but he convinced himself that this was the only way to solve the mystery of Kiarra’s touch. 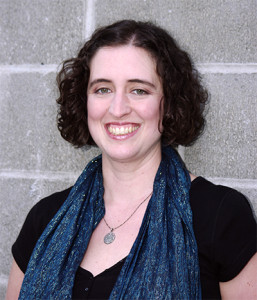 Jessie Donovan wrote her first story at age five, and after discovering the Dragonriders of Pern series by Anne McCaffrey in junior high, realized that people actually wanted to read stories like those floating around inside her head. From there on out, she was determined to tap into her over-active imagination and write a book someday.

After living abroad for five years and earning degrees in Japanese, Anthropology, and Secondary Education, she buckled down and finally wrote her first full-length book. While that story will never see the light of day, it laid the world-building groundwork of what would become her debut paranormal romance, Blaze of Secrets.

Jessie loves to interact with readers, and when not traipsing around some foreign country on a shoestring, can often be found on Facebook and Twitter.