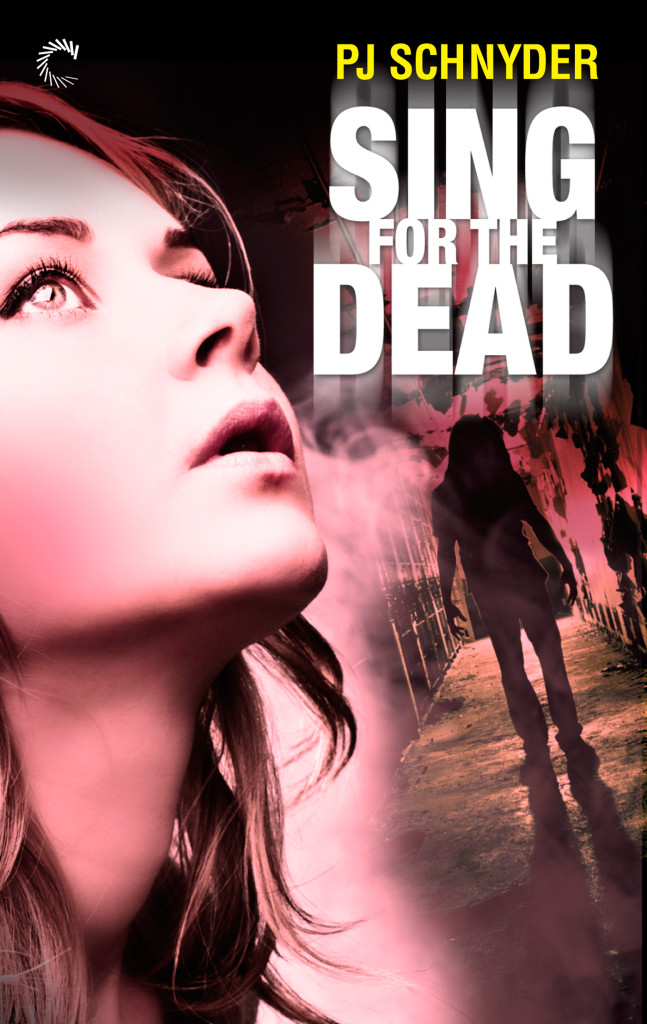 After thoroughly enjoying the first book in the London Undead series, I was excited to pick up the second book, Sing for the Dead. Ms. Schnyder has created an interesting new world plagued by flesh eating zombies. London is a shell of its former self, with individuals quarantined inside and “zombie hunter tourists” enjoying the hunt. Unfortunately, someone or something is creating a newer, faster, smarter zombie, and it’s up to the local werewolf pack to figure out what’s going on.

Sing for the Dead, showcases two individuals who are invested in finding out the truth. First up is Sorcha who is sent by the Fae Court of Light to London to find out why Fae are disappearing. Sorcha is half Baen Sidhe (banshee)–a peaceful Fae. Yet Sorcha craves violence, death, and the fight. Although her mother was peaceful, her father was a berserker, and Sorcha considers herself an aberration. Next we have Kayden, a were-leopard, which is very rare. Since leopards do not live in packs, he has allied himself with the local werewolves, but remains solo/solitary.

The story takes place immediately after the conclusion of the first book, and the reader is treated to a few scenes featuring the main characters from that story. After fighting off a pack of Zombies, Sorcha tends to a wounded Brownie. Kayden comes across Sorcha and her patient, and he takes her to Maisie and Brian’s clinic, where we also meet up with Maisie’s mate, Seth (Bite Me).

Sorcha is an interesting character. I love the dichotomy between her peaceful nature and the bloodlust of her berserker side. She is sweet, yet full of strength. I enjoy that she is respectful, but stays true to her own reasons for being in London. Although she agrees to work with Kayden and the wolf pack, she lets them know in no uncertain terms that she will not be pushed to the side or follow behind. There was an entertaining scene between Seth (alpha werewolf pack leader) and Kayden, who have a tenuous partnership. Kayden is too dominant and solitary to integrate into the wolf pack. As Sorcha picks up on this fact, part of her wants to see bloodshed between the two. The bloodlust is strong in her, giving her an edge we don’t normally see in romance heroines. 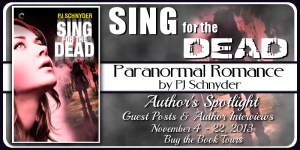 I also enjoy Kayden’s honest and sometimes blunt dialogue. He’s alpha, but he’s not an alphahole. I found the details of his need to hunt, yet the unsatisfactory nature of the kill without the reward of meat, extremely interesting. I love that he is completely turned on by Sorcha’s strength – both physical and mental. And the male has a soft spot for kids as well. He’s a pretty well-rounded, sexy hero.

The pair has a lot of desire and need for each other, and while their kisses/coupling was hot, I just didn’t feel connected to the pair. I felt as if there wasn’t enough build up to justify the intense nature of their bond. There really weren’t any inner-monologues where the characters contemplated his/her need, lust, or desire. Rather, we were treated to a few random thoughts here and there.

The overall storyline focusing on the zombies and the investigation into the missing Fae is pretty exciting. The reader, alongside the characters, learns a few new twists regarding the “new” zombies, adding to the fascinating mythology created by Ms. Schnyder. Kayden and Sorcha work well together, solving the puzzle and bringing down the bad guy. I found the illustrative details of their battles with the zombies gripping, and I was engrossed by the descriptive text of Kayden watching Sorcha kill zombies.

Overall, Sing for the Dead is an enjoyable tale that furthers the mythology presented in the first book. The descriptive world-building adds nicely to what has already been established. I found the continuing story of London’s struggles with a zombie plague entertaining and engrossing. While I like the main couple and enjoyed reading them together, I don’t feel like enough was written to establish their quick and intense feelings. The book on whole is a quick read, and while it could be read as stand alone, I feel that reading the first book will provide a richer picture of the world. I look forward to finding out what happens next in for the denizens London Undead.

Kayden, a lone were-leopard allied with the London werewolf pack to keep the zombie infestation in check, is used to working solo—until he discovers a beautiful fae woman surrounded by the aftermath of battle. He’s immediately drawn to Sorcha, but quickly discovers she’s much more than a pretty face.

Half Bean Sidhe and half berserker, Sorcha trained over centuries to become the perfect warrior. She agrees to work with local weres to investigate a new type of zombie capable of coordinated attacks—and is partnered with Kayden. He’s strong, darkly handsome and completely unafraid of her. And his kiss fills her with insatiable desire instead of bloodlust.

As Kayden and Sorcha work together, their attraction grows and their deepest scars are bared to each other. But with the force behind the deadly new zombies poised to overwhelm the city, Sorcha can only pray that the next time her bloodlust strikes, Kayden isn’t among the fallen…

Reviews in the Series:
Bite Me by PJ Schnyder (London Undead #1)

The author is hosting an awesome giveaway full of great London Undead prizes. All you need to do is fill out the Rafflecopter form, below.

Note: The giveaway is hosted and sponsored by Buy the Book Tours and PJ Schnyder.

3 responses to “Review & Giveaway: Sing for the Dead by PJ Schnyder”