Lord of Snow and Ice 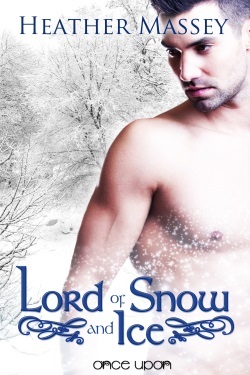 Gikany and Una picked Lord of Snow and Ice because it sounded interesting.  We were intrigued by a retelling of Beauty and the Beast, however, what we received was anything but.

The overall story of Lord of Snow and Ice in our opinion, is not Beauty and the Beast.  There may be a “moment” of it, a small halftime where we saw the Beauty and the Beast interlude, but for the most part is more akin to Romeo and Juliet, which is not a fairy tale.  The novel does end with a happily ever after, but it was long and arduous road to finally get there.

Stellan was a fascinating character.  A lord who must do his own “dirty” work, which includes scrubbing floors.  Being lord of a Manor that has almost no staff is an exercise in determination and drive.  Stellan works hard to make the best of a really awful situation (estranged from his family and left to fend for himself).  He finds good people to help support him; however, happiness is something he has accepted will forever be from his grasp. Then he sees the princess Clarysa and saves her life – even without her ever knowing. Later when they meet again she finds herself compelled by him even though he is considered an anathema.   Although we liked Stellan, his nature and character, we were disappointed in Clarysa.  She tended to be whiny and somewhat self-absorbed.

The “Beauty and the Beast” interlude we mentioned above is another issue for us.  Stellan finds himself transformed into a beast (this should not be a spoiler by the way).  The tryst that almost occurs between Clarysa and Stellan was far too close to bestiality for our tastes (and being Lora Leigh fans that says something).  If this is the retelling of Beauty and the Beast, it fell quite short for us.  We were disappointed in how it was handled and executed.

Lord of Snow and Ice moved very (very, very, glacially) slowly.  We loved Stellan’s Captain of the Guard, but her story came at the last third of the novel and her sacrifice came too easily and quickly for our tastes.  The conflict between Stellan and his sister could have been richer, and to our chagrin, remained one dimensional.  If you are interested in a tale of Romeo and Juliet with a happy ending, magic and a Beauty and the Beast interlude, you might want to give it a shot.

An innocent Beauty. A fearsome Beast. A dangerous passion.

Mystery and speculation surround “the Dark Prince,” a sorcerer who dwells in a kingdom cursed by endless winter. Though shunned by all, Prince Stellan secretly crusades against a zombie plague unleashed by his tyrannical father against the Five Lands. But only an alliance with Aldebaran will provide the support he needs to eradicate the plague once and for all.

Clarysa, daughter of the Aldebaran king, struggles under the weight of her role as princess. She yearns for adventure, but her father prefers to keep his youngest daughter safe within the palace walls. During one of her rare sanctioned trips beyond the walls of the castle, Clarysa comes face to face with the answer to her prayers.

She’s heard the tales of Stellan’s dangerous nature. She knows a romance with him is forbidden. But one smoldering glance draws her deep into a world of dark magic and sensuous rapture.