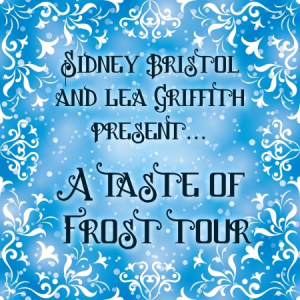 Today I am happy to have back one of my favorite peeps, author Sidney Bristol, here at That’s What I’m Taking About. What’s even better is that she’s brought along fellow paranormal author, Lea Griffith. The pair are two of the four authors who have recently released loosely tied stories about the daughters of Jack Frost. Great premise – right?! Please help me welcome Sidney and Lea!

Thanks so much to the ever lovely Twimom for hosting us! I’m holding out hope I get to see her at Author’s After Dark in 2014. But that’s months away! Today we’re celebrating the release of The Winter Realms, a loosely related series of books set in a magical bubble where magic and fairytales are real.

I brought Lea Griffith along with me, and I thought I’d ask her a few questions. I mean, how can I pass up an opportunity to interview another author? I don’t get to be on this side of the fence often!!

Sidney: So Lea, you chose to go the sci-fi route with your story—why?

Lea: I love sci-fi—love it. And I wanted to do something crazy different with Talini and Kian’s story. She all ice and snow and he’s all heat and sandy beaches. What better way to throw him right in the middle of a cluster than to find THE woman for him on an ice planet? 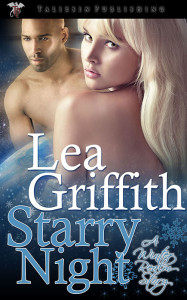 Sidney: How did you decide how to mash-up the sci-fi and paranormal aspects?

Lea: It was fairly easy—we had a lot of leeway writing these stories, didn’t we? Pretty much whatever we imagined we could make it happen which was very exciting. No limits on our writing? Yes, please. The sci-fi fell in easily with the paranormal aspects in this story. A daughter of a Fae legend who’s banished to an ice planet? Easy peasy on the mash-up.

Sidney: Talk to me about your daughter of Frost. A few of us decided to incorporate this element, but we all did it differently. How did you come up with Talini?

Lea: Talini spoke to me from the very beginning—she’s actually a very personal character for me. She’s lost in more ways than one. She was thrown a curveball and then minutes later she’s banished for the sins of her biological father. Her pain reached through the pages to me. She was the most relatable character I’ve written in a long, long time.

Sidney: You used a lot of Inuit mythos with this story, can you tell us about the research and inspiration behind it?

Lea: I like to have a picture on my desktop that sets my theme for me. As I was researching ice planets I came across pictures of Inuit peoples, living their lives on the frozen tundra. Immediately, I began researching Inuit and Eskimo peoples. They are amazing and their history is so rich and beautiful. Such an amazing toughness that absolutely translates to Talini. 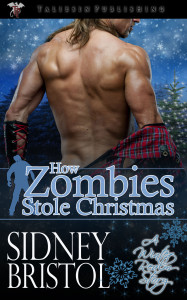 Lea: I’ve read that story—HAWT, lol! I don’t think it was a conscious choice. That’s simply how the story played out. Their skin tones speak to everything different between them. She’s a lover of snow and ice; he’s a lover a sun, beaches and balmy water. And he has to learn to love her, thaw out her frozen heart. I also absolutely love the differences in their skin tones—it also speaks to everything that is so beautiful between them. Contrasting on the outside but the same inside. I love it!

Sidney: Do you have plans to write anything else in either the Winter Realm, or the more over-reaching Secret Realms theme?

Lea: I do, woman! And you know it too—you throw out these nuggets and my brain picks up one or two and starts running! More specifically, a secondary character in this story, Burm, will have a summer-themed book next year.

Well, that’s it for today. The Winter Realm is waiting for you, are you ready?

Would you like to win a copy of either How Zombies Stole Christmas or Starry Night? See details below! 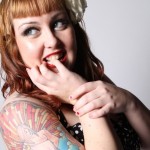 Lea Griffith began sneaking to read her mother’s romance novels at a young age. She cut her teeth on the greats: McNaught, Woodiwiss, and Garwood. She still consumes every romance book she can put her hands on, but now she writes her own.

Lea lives in rural Georgia with her husband, three teenage daughters, two dogs, a cat, and a Betta fish named Coddy George. When not working at the EDJ, she’s usually at her keyboard writing. She loves romance and nothing is off-limits when it comes to her muse.

Three hundred years spent on an ice planet has not broken Talini. As a daughter of the Fae, Jack Frost, she is made of all things ice and snow. But then she meets a man who warms her as no one ever has and she is set adrift with desire.

Kian has searched for a long time. Jack Frost has agreed to pay him a lot of money to find his daughter and he’s determined to see his goal met. Then he meets a woman who makes him shiver and shake, thawing his cold heart.

Together they will set on a journey that will lead them down a perilous road. They will forge a bond as fragile as a snowflake but as strong as forever. Together they will prove that love can bloom amidst the frost.

Hope flares each morning in the tiny flash of a second before Lette touches that first thing. And destroys it.

Her online journal spans a decade, beginning with the day a thirteen-year-old inherits an extreme form of the family ‘gift’. Every day whatever she touches converts into something new:  bunnies, bubbles, bombs, and everything in between.

Lette’s search for a cure leads her to Stefan, whose fairy-tale looks hide a monstrous legacy, and to Rag, an arrogant, crabby ex-angel with boundary issues. The three face an army led by a monster who feeds on children’s fear. But it’s their own inner demons they must defeat first.

Adonia has been isolated from society her entire life. Banished from her pack for crimes committed before her birth, she lives a solitary existence with her mother in the wilds of Siberia.

Zephyr has been sent by the ruler of winter, Jack Frost, to find a daughter he just found out existed. When Zephyr finds her, the storm that erupts is both literal and figurative.

Fated to mate, Adonia and Zephyr must find a way to put an end to the blizzard burying them in snow. Battling forces of nature neither of them understands, they are trapped inside Adonia’s small cabin, waiting for…the inevitable.

Sidney and Lea are offering up a digital copy of either How Zombies Stole Christmas or Starry Night to two (2) winners. To enter the giveaway, leave a question for Sidney or Lea and let them know your favorite holiday movie in the comment section below and fill out the Rafflecopter form. The giveaway is open internationally where not prohibited by law. Two (2) winners will be selected at random from the eligible entries. Open to all readers, 18 years or older, who are legally allowed to participate in such a contest as allowed by their local laws. All federal, state, local, and municipal laws and regulations apply. Void where prohibited. No purchase necessary. By participating in the contest, participants agree to be bound by the decisions of the contest sponsor.

If you have trouble with the Rafflecopter entry form, please email me at twimom227 (at) gmail (dot) com.

6 responses to “A Taste of Frost Blog Tour”