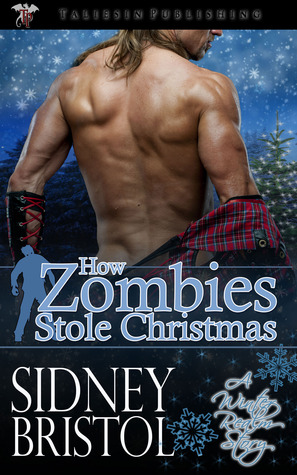 It’s the day before Christmas Eve, and Evelina must rescue the kidnapped Snow Maid and the magical staff that belongs to Ded Moroz, the Russian Santa. Because of her mixed heritage, daughter of Jack Frost and a human mother, Evelina has always been somewhat of an outsider in the Ubezhishche, a haven for magical creatures near Siberia. During her attempts to rescue Snow, Evelina and her husky are attacked by ice zombies and rescued by a Yeti.

Kameron hides a secret… he is the Yeti. Originally from Scotland, he was magically cursed to live as the Yeti. He has been alone and solitary for years. Now he finds himself utterly attracted to Evelina and all of her self-perceived faults. He must decide if he should share his secrets before time is out for Evelina.

Evie has a lot of issues-she has a huge chip on her shoulder because of her past history, both romantically and with her family life. Because of her fears, she won’t allow anyone close to her. So when she feels an attraction to Kameron, she brushes it off as something not real. It became a bit annoying as Evie continued to make excuses why she wasn’t good enough or that her attraction isn’t real. Kameron doesn’t seem to have as many issues, but he’s been alone for so long, his social skills are in great need of polishing.

Romantically, the pair felt off to me. They are overly goofy, sharing   awkward dialogue while sexing it up. However, as a dynamic duo fighting off the ice zombies and saving Christmas, the pair make a great team.

Overall, the story had some exciting parts, but it just didn’t keep my interest during the entire tale. I liked the concept and mythology, although at times I felt a little lost. While the romance didn’t work for me because it felt too goofy, the rescue story and battle scenes were intense and exciting.