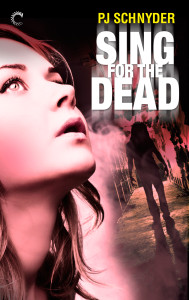 “I’d best be heading back to headquarters before Maisie decides to call and see if I’ve eaten the two of you.”  Seth took a step toward Sorcha, hands outstretched.

A rumbling growl rose up in the room.  Startled, Sorcha stared at Kayden.

“The tabby.  Just retrieving the tabby, or Maisie’ll have my hide.”  As reasonable as Seth’s words were, his voice had dropped deeper as well, the words rougher.

Sorcha handed over the purring cat before the two men abandoned civility and settled whatever the remaining issue was with violence.  A part of her wailed inside her mind, urging her to hold onto the cat and push the men to bloodshed.

They were allies, both dominants.  She would not manipulate them for her pleasure.  But oh, for warm blood to spill… Not that of the walking dead but that of the living.

Silence intruded on her thoughts.  The cat had stopped purring.  Both men were watching her.  Her bloodlust had nearly taken over and they must have been able to see it in her eyes, or catch it in her scent.

“I need to get back to the gardens.”  Back to where she had room to move, things she could kill.

Seth gave her a slow nod.  “I have patrols on the perimeters.  They haven’t been briefed yet about your new status as an ally.  It’d be better for you to wait until tomorrow.”

As if she needed him to vouch for her in order to walk where she desired.

Kayden took a step toward her and suddenly, the rest of the room phased out of her attention.  Taller than her and more heavily muscled than Seth.  But he moved quickly.  Faster than her?  She wanted to find out.

“Staying in might not be a bad idea.  Wouldn’t want to get in a tussle, being allies and all.”  Kayden’s voice was low, mild.  It took a few moments for his words to sink in.

No.  It wouldn’t be good to clash with the new allies.  Not when she craved a battlefield so badly and not when the blood of living people excited her so much more than the dead.  After all, the dead didn’t provide much of a challenge besides their sheer drive and numbers.

The living fought with skill… and a desire to stay alive.

She swallowed hard, latched onto Kayden’s voice as an anchor.  The teasing in his tone sparked at her temper, distracted her from the sort of fight she normally hungered for.  No words came to her to respond, though.  All she could manage was a nod.

“We’ll meet in the morning, then.”  Seth’s voice came from farther away.  He’d stepped back to the door, small cat tucked in the crook of one arm.

Kayden touched two fingers to his forehead in a cocky salute.  “We’ll be seeing you tomorrow.”

“It was… interesting to meet you, Sorcha.”  No anger in Seth’s voice.  And she couldn’t bring herself to respond.  Embarrassment warred with the pounding of her heart as she struggled to control the urge to scream, the need to pick a fight.  As he left, he turned and touched two fingers to his temple in some sort of salute.  He never gave either her or Kayden his back.

After a moment, Kayden tugged at her ponytail.  “Well then, we can have a bit of a sparring match here where Brian can patch us up after or we can go back to my flat.  I’d much prefer there.”

Did he want the advantage of his home territory?  “Why should I go there?”

“Because you’re fussing for either a fight or a good tumble.  There’s nothing but dirt and rubble here but I’ve got a nice big bed at home and one hell of a hard-on.”