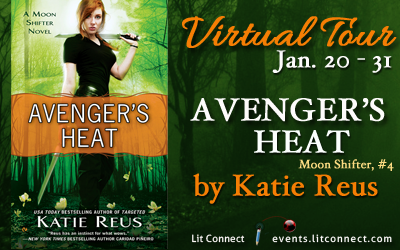 To truly have her, he must free her from her dark secret…. 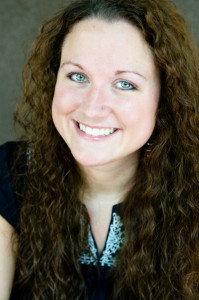 Katie Reus is the NY Times and USA Today bestselling author of the Red Stone Security series, the Moon Shifter series and the Deadly Ops series. She fell in love with romance at a young age thanks to books she pilfered from her mom’s stash. Years later she loves reading romance almost as much as she loves writing it.

They continued walking and he used one of the many skills he’d learned growing up and pickpocketed her car keys. She was so caught up in her thoughts she didn’t notice. This case was only starting and he could see the affect it was having on Erin already. It was a hard case but he didn’t want her consumed by it and he just wanted her to smile one time today.

A few blocks later as they reached the car she was obsessed with, she slid her hand into her back pocket and frowned. Then she patted all her pockets and glanced at him. “Noah—”

He dangled the keys from his left hand, swinging them from side to side in a hypnotic motion. “Maybe I’ll drive your car back to my father’s house.”

She let out a soft growl and lunged at him. But he was ready for her. Lifting his hand high—way higher than she could reach—he leaned back against the car and kept his hand in the air out of her grasp.

“Damn it, Noah. This isn’t funny.” Erin grasped his shoulder with one hand and climbed his body. She shimmied up him like a damn feline. With her hand outstretched and her knees clenched around his waist, she was eye level with him.

In that instant she froze and so did he. He’d meant only to play with her but feeling her tight body stretched out on his made him react. He couldn’t help it. For decades he’d had control of his body but not around Erin. If she was on him, he was fucking hard.

Dropping her hand, she slid down a few inches and rubbed the juncture between her legs right over his erection. If they didn’t have clothes on he’d be inside her tight body right now. Thrusting, taking, and claiming everything that was his.

Her eyes slightly widened and her natural magnolia scent got even stronger. When her eyes dilated and her breathing increased he knew he’d affected her. Part of him wondered if he should let this go, but he couldn’t. “You feel what you do to me? What you always do to me?”

“Cat got your tongue?” he asked, his words low.

Her gaze landed on his lips and she licked her own in an almost subconscious gesture. She moved up a little then back down, as if she wanted to grind against him. His cock jumped at the unexpected reaction from her. She was clearly letting her body take over for an instant, not getting all tangled up in that head of hers. 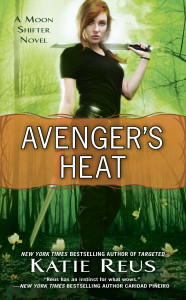 His inner wolf cheered, but just as quickly she shoved away from his chest and dropped to the sidewalk with a thud.

Turning from him, she crossed her arms over her chest. “You can drive my damn car if you want to,” she muttered, sounding like a petulant child.

He didn’t miss the way her cheeks were flushed crimson. From embarrassment that she wanted him just as badly as he wanted her—because he knew the sexy woman was still trying to fight her attraction—or just because she was turned on, he didn’t know. And he didn’t care. He affected her. Plain and simple.

It was all he needed to know at the moment.

One step at a time, he’d break down that protective wall of hers until it was impossible for her to walk away from him.

There is a Tour Wide Giveaway for a print copy of AVENGER’S HEAT (one per each of the tour stops ~11). (Open to US residents only; prizes sent via publisher), and (1) Grand Prize: $25 electronic gift card to Amazon.com or B&N.com.

If you have troubles using the Rafflecopter form, please email me at twimom227 (at) gmail (dot) com.