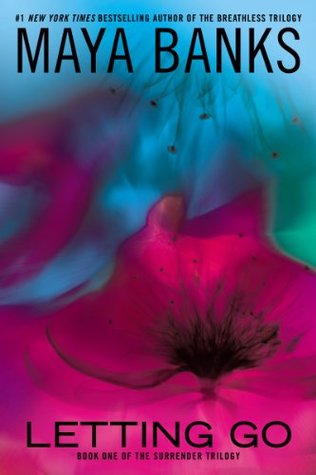 I was very excited to be offered the opportunity to read the first book in Maya Banks’ Surrender Trilogy. I was introduced to Ms. Banks’ contemporary writing in her Breathless Trilogy last year, and thoroughly enjoyed every title. Letting Go was a great introduction to the new series, which promises love, challenges, and a whole lot of sexytime!

At the onset of the title, Joss is in mourning for her husband that passed away three years ago. Visiting Carson, the love of her life, at his gravesite is something that Joss has done yearly, accompanied by her husband’s best friend, Dash. At this point, Joss is ready to move on; however, she seeks more than what her relationship with Carson could ever yield. She seeks dominance. Something Carson could never give her. She schedules herself a night at The House, a local BDSM club that promises to be revealing. Yet, barely in the door of The House, Joss encounters Dash. She never realized that he lived the lifestyle, and he was definitely not prepared to find Joss in attendance that night.

One thing that was an issue for me in this title is that it seemed as though the same phrases and ideas were repeated. Frequently. We heard a lot about Joss’s thoughts with regard to moving on, and her inner litany about Carson – especially after she became involved with Dash – and her thought patterns regarding the two of them. More or less, I thought that it was her own self-doubt about actually moving forward. Dash also had similar thought patterns to which we were privy. His apprehension, however, was more related to the fact that he didn’t think he was worthy of Joss. He’d put her on a pedestal, and in reality, no one could live up to that. I see the need for the conflict, and I liked the way Ms. Banks used the omniscient point-of-view so we were able to see what both Joss and Dash were thinking. It made it easier to immerse myself in the title. Still, the repetition did take away from my enjoyment as I understood the problems the first time they were stated.

Dash, owner and operator of the business he shared with Carson, has been in love with Joss since he first met her as Carson’s girlfriend. While he never acted on his desires, he loved Joss from afar for the three years of their marriage and the three years since Carson’s death. At some point, Dash was going to have to ‘make his move’ with Joss, and her appearance at The House provided him the perfect opportunity.

Joss has some really great girlfriends: Chessy, who is married to Tate and lives the BDSM lifestyle, as well as Kylie, Carson’s sister. What I like the most about Joss’s friends is that they’re ferociously protective of her. They have huge concerns about her readiness to ‘move on’, and even though they have these concerns, they support her decisions fully knowing that they may be the ones left to pick up the pieces if things head south for Joss. Chessy seems to be larger-than-life. Her laughter and smile are infectious. Kylie, on the other hand, couldn’t be more different. She’s quiet and demure. Reserved. Very cautious and seemingly afraid of most everything.

Joss is one of those kick-ass women that knows what she wants. And what she wants is dominance. She wants the opportunity to not have to think, and wants to have everything laid-out for her. Becoming involved with Dash in a mutually-exclusive BDSM relationship provided her with fulfillment of that need. Joss seemed to thrive in the few weeks she was immersed in the lifestyle, and I liked the way we were able to see into her thoughts, see her relaxation happen, and ultimately see her become completely enamored with Dash. Letting Go is an apt title, as we look at the book from Joss’s perspective. She lets go of her inhibitions, allows herself to be immersed in a relationship she’d only dreamed of previously, and decides to move on from her state of mourning for her late husband. She also allows the stigma of being a submissive to be a non-issue for her. Most women like Joss – strong and independent – would have some inner conflict about allowing a man to meet all their needs. Not Joss. This was refreshing, and while there were moments of self-doubt, they were not related to the D/s relationship.

I adore Dash. His Dominant nature is understated, yet powerful. He doesn’t force himself on anyone. Because he’s been in love with Joss for six years, he’s full of emotional turmoil over his relationship with her, however, and doesn’t know whether he’ll measure-up to her expectations. He’s the type of Dominant that makes my heart melt. Alpha male through-and-through, Dash has moments that make my heart bleed for him.

In the middle of the night, Dash was awakened by Joss stirring restlessly. He started to wake her, thinking she was having a bad dream, but before he could, she murmured, “Carson.”

He went still, the single word freezing his heart. She sounded … sad. Like she was missing him. Not what he wanted to hear when he’d just made love to her. When she wore the marks of his dominance and possession.

She turned away from him, curling into a ball, never waking. Dash lay there, only inches away but seemingly a world apart.

And while she slept, quiet and peaceful now, Dash lay awake, in brooding silence.

This wasn’t an isolated incident, but as readers we were able to see Joss’s dreams. While her subconscious was struggling with something, Joss was ultimately coming to healthy conclusions regarding her relationship status and her relationship with Carson. In a HEALTHY way. While I realized that Dash didn’t have the insight to Joss’s dreams, I wish he would have had more guts to ask about them. To talk with her about her dreams and talk about her troubled sleep. I think he was too insecure in his own position with Joss and their relationship to even bring it up.

At the end of the story, the whole conflict was brought to a head. Car accidents and storming out of the house certainly ratcheted up the action of the story. Ultimately, readers were given a beautifully presented lesson: We all come to relationships with baggage. If you’re in a relationship with the right partner, all that baggage should be transparent – shared. If Joss would have shared her concerns with Dash early-on, we wouldn’t have had a beautifully crafted story that tugged at our heart strings and given us a lesson that moved us forward through the relationship of Joss and Dash in a meaningful and emotional manner. I can’t wait to read the next title in the Surrender Trilogy, Giving In (previewed at the end of this title). I can’t wait to read Jensen and Kylie’s story, and I have a whole lot of speculation about the third title!

Josslyn found perfection once, and she knows she’ll never find it again. Now widowed, she seeks the one thing her beloved husband couldn’t give her. Dominance. Lonely and searching for an outlet for her grief and wanting only a brief taste of the perfection she once enjoyed, she seeks what she’s looking for at an exclusive club that caters to people indulging in their most hedonistic fantasies. She never imagined that what she’d find is the one man who’s long been a source of comfort—and secret longing. Her husband’s best friend.

Dash has lived in an untenable position for years. In love with his best friend’s wife and unwilling to act on that attraction. He’d never betray his best friend. And so he’s waited in the wings, offering Joss unconditional support and comfort as she works past her grief, hoping for the day when he can offer her more.

When he finds her in a club devoted to the darker edges of desire, he’s furious because he thinks she has no idea what she’s getting herself into. Until she explains in detail what it is she wants. What she needs. As realization sets in, he is gripped by fierce, unwavering determination. If she wants dominance, he is the only man who will introduce her to that world. He is the only man who will touch her, cherish her…love her. And the only man she’ll ever submit to. 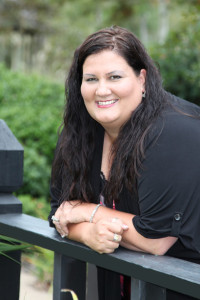 Thank you to the the publisher who is giving away one (1) print copy of Letting Go to one commenter. To enter to win a copy of Ms. Bank’s book, complete the Rafflecopter form AND leave a comment at the end of this review telling us who is one of your favorite romance couples. This contest is open to US Mailing Residents ONLY. Open to readers, 18 years or older, who are legally allowed to participate in such a contest as allowed by their local laws. All federal, state, local, and municipal laws and regulations apply. Void where prohibited. No purchase necessary. By participating in the contest, participants agree to be bound by the decisions of the contest sponsor. Prize will be delivered by the publisher. I am not responsible for items lost in the mail.