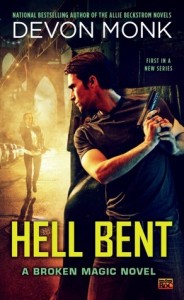 I bought the boots, the statue, and a pack of cigarettes.  Made my way toward the front of the store.  Passed in front of a stockroom door and noted a guy walking out of it.

Did not expect the Taser in that man’s right hand, nor the gun in his left.  I also didn’t expect the other two guys who strode out of the sporting goods and household paint aisles

I called on magic, just as the guy with the guns raised them both and pulled a trigger.

Heads or tails.  Would I be shot or electrocuted?

Before I could raise my hand for a spell, before I could lash out and drain their lives down, someone flipped a switch and a million volts of electricity blew threw me.

Huh.  It was tails: electrocution.

I came to being dragged away from bright lights and basketballs, and into the stale, cold stockroom.

Maybe another door went by.  Then the two guys who had my arms over their shoulders dropped me into a chair.

I decided not to let them know I was conscious.

They stepped away and a new set of boots came closer.

I opened my eyes, tipped my head back.  He wasn’t holding a gun, but the four other guys around me were.

Bullets are faster than magic.  Even my magic.

“Some reason why you don’t want to face me alone, Jeremy?” I asked.  “That’s an awful lot of firepower for a junkie piece of crap like me, don’t you think?”

He was a good five feet away from me, and didn’t come any nearer.  “You have two options here.”  He started like I hadn’t even been talking.  “You either leave town, leave Terric, and leave me the hell alone, or we will kill you.”

I rolled a shoulder and wondered if that blast of electricity and the drugs Eli had shot me up with were going to get in the way of me killing this prick.  “Really?” I said.  “Is this how you Black Crane lads take care of your problems?  Threats in department stores?  Does anyone ever fall for that?”

Jeremy’s eyes narrowed.  “I could kill you before you took another breath.”

“What’s stopping you?” I asked.  Really, I was curious.

From the fear that slipped across his eyes, I suddenly knew what it was. He wasn’t sure I’d die.  After all, I carried Death magic in my bones and that hadn’t killed me.  He probably thought a bullet or two wouldn’t work either.

“Let’s get this straight,” he said.  “I am giving you one chance to get out of my sight, and out of our territory.”

“I don’t think Terric would like that,” I said.

“Well, you’re wrong about that, mate.  Terric is my concern.  As a matter of fact.”  I pushed up onto my feet to the accompaniment of his boys racking the slides and lifting their weapons toward my head.  “You have suddenly made yourself my concern.  This is not a good move on your part.”

I let the monster free.