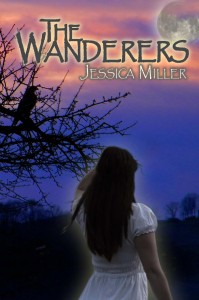 The next night I stayed in and spent time on my home work for Monday.  Josie had a date with one of the boys from the fraternity.  She was definitely making her rounds.  I warned her she was not allowed to bring him back to the room tonight.

Around midnight I decided to take a break from my studies and go grab a soda from downstairs since Josie drank the last one and didn’t refill the fridge, again.

When I stepped out of my room, some girl nearly knocked me over running down the hall.  She was dressed like Pocahontas and yelling, “Catch me if you can!”  I looked down the hall to see who she was running from and saw Tristan come barreling out of his room.

“You can run but you can’t hide,” he called after her.

I didn’t know whether to laugh or feel a little disturbed.  He was standing in the middle of the hall wearing only his boxers, a toy gun holster around his hips, and a cowboy hat on his head.

I just stared at him speechless.  “What?  You never played cowboys and Indians?” he asked.

“Umm… yeah, when I was five, and definitely not in my underwear.”

He smiled cockily and said, “My version is much more fun.”

“What happened to trying to prove to me you’re a nice guy?  Because so far you’re failing miserably,” I said crossing my arms.

“I gave her a head start.  I find that to be very kind on my part,” he smirked.

I rolled my eyes.  “You’re… I don’t even know what you are.  There are no words to describe it.”

He smiled taking it as a compliment even though that was the exact opposite of what it was meant to be.  “I told you, I have needs,” he said, making me cringe with disgust.

“And this is why I will never date you,” I said turning to walk down the hall.

He ran up to me and stopped me. “All you have to do is say the word and I’m all yours,” he said looking deep into my eyes, causing me to hold my breath.

“Tristan?” the girl called from around the corner.  Tristan’s lips twitched slightly at the corners.  He shot me in the chest with a rubber tipped dart from his toy gun.

“Gotcha,” he whispered and turned to catch the girl.  “You better start running,” he shouted and I heard her squeal with excitement.