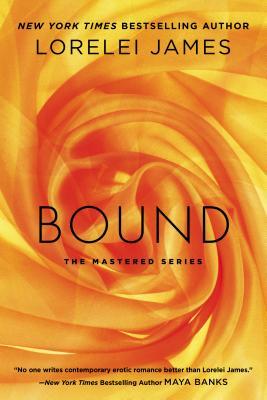 Not gonna lie. I completely DEVOURED Bound. Is it March yet? I need Unraveled NOW!  Here’s the thing about Bound… I was empathetic toward Ronin from the beginning. He is one of the most tortured souls I’ve encountered in a while, and I didn’t get all of his story in this book. Not. Fair. I want to know all the details about him. His childhood. Why he was so closed-off with Amery. But, I also gained perspective while reading.

The supporting characters in Bound, Ms. James’s first title in her new The Mastered series, were quirky, fun, and full of life. They were important to the plot, and I was kinda hoping that the series would be about the three hot dudes at the dojo, one book each. Maybe I’ll get a peek at Knox or Zach in the future. Molly, the meek and mild employee-turned-friend, is sweet but ferocious. She reminds me a lot of several of my own friends to which I am closest. Molly’s outrage on Amery’s behalf is a sign of true friendship. Chaz, graphic artist and manga illustrator, as well as Emmylou, masseuse, are certainly unique characters that bring a whimsical flavor to this title. For example, here’s my favorite Chaz quote:

However, with the support of this fabulous trio, Amery managed to survive a relationship with a narcissistic athlete, Trent, who makes an appearance in this title as well. Amery’s spent so much time with Chaz and Emmylou, subsequently immersed in the gay scene, that she’s not had the opportunity to meet many hetero guys. Good thing Molly is around!

Amery, our independent main character, owns her own advertising agency. As a small business owner, she’s doing pretty well for herself. She owns the building in which her business is housed, rents out to two of her besties for their businesses, and lives in a loft above the shop. The beginning of the story places Molly and Amery at Black Arts, a dojo wherein Molly has registered to take self-defense classes after she was attacked. Amery ends up having to take the class to support Molly, as there’s a ‘no spectators’ rule at the dojo. From early on, her attraction to Sensei Black was palpable. In one of their first interactions, I found this gem:

“They stared at each other, locked in and eye-f*ck that was better than any sex she’d ever had.”

This proclamation from Amery was a far cry from her strict upbringing as a minister’s daughter. And quite telling of her sexual needs and desires. Her willingness to ‘take a walk on the wild side’, if you will. One thing that concerned me about Amery was the way she became entirely wrapped up in Ronin Black from the very beginning. Her natural submissive nature shone through when she was with him. Like a halogen headlight on a dark night. With her limited experience with relationships, I felt that if Amery had been my friend, I would have warned her to slow her roll. The immersion with Ronin seemed to fill her with self-doubt while at the same time empowering her. It was…unique. I liked it. The way Amery explored her own sexuality was refreshing. The fact that she had enough self-awareness to realize that her negative thoughts were a product of her upbringing was fabulous. Normally, we see these characters thinking they’re hideous and freaks for wanting to be submissive, and that element of self-doubt wreaks havoc on their psyche, ultimately creating conflict in the relationship. Ms. James, however, chose to make this plot element an inner conflict versus flipping it to a point of contention between the couple. I liked that. A lot. And while it does play out in the relationship between Amery and Ronin, it’s not a major issue.

Ronin Black, the mysterious owner of Black Arts, a dojo for a variety of disciplines in Denver, is the definition of tortured hero. We’re provided with limited details about his history as the book is primarily from Amery’s perspective. We’re treated to occasional tidbits, however, and those morsels are to be savored as the reader formulates hypotheses about the ‘real’ Ronin Black. The dude is observant to a fault. But so reserved, and seemingly afraid of opening up because he doesn’t want to be hurt that it’s painful. I’ll admit I’m totally a sucker for the tortured alpha male. As I’ve mentioned, however, Ms. James is quite stingy with the backstory surrounding the dangerous Sensei. In my head, I’m imagining all the worst-case scenarios.

When we get a glimpse at the real Ronin, however, it is heart-melting. The telling moments, the moments when he puts Amery ahead of his own wants and desires slay me. My heart breaks for him. And oh… that man has a silver tongue.

What I’ve not figured out, though, is the whole backstory to Ronin, which drives me absolutely crazy. Fed tidbits here and there, the theories in my head are rolling around like a tumbleweed on a breezy day in a ghost town. Theories on his family, on his last relationship, on his childhood and training… oh, yes. Ronin is a mystery. I wonder what happened to him as a child that caused him to immerse himself in martial arts. Was it for the inner peace and discipline? What drove a wedge between him and his family? Why does he blanket himself in secrecy, even with a woman he is so visibly into that he can’t maintain his mask of control?

Obviously, I can’t wait to read the next installment of The Mastered series. Unwound is slated for release March 24, 2014, and I’m thinking that I’ll need a day off work to read when I get my hands on it. Kudos, Ms. James. You’ve got a new fan that’s adding your name to the auto-buy list.

Former small-town girl Amery Hardwick is living her dream as a graphic designer in Denver, Colorado. She’s focused on building her business, which leaves little time for dating—not that she needs a romantic entanglement to fulfill her. When her friend signs up for a self-defense class as part of her recovery after an attack, Amery joins her for support. That’s where she meets him.

Ronin Black, owner of the dojo, is so drawn to Amery that he takes over her training—in public and in private. The enigmatic Ronin pushes Amery’s boundaries from the start, and with each new tryst, Amery becomes addicted to the pleasure and to him. But when Amery senses Ronin is hiding something, she questions her total trust in him, despite the undeniable thrill of his possession. 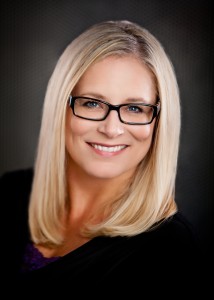 Lorelei James is the USA Today and New York Times bestselling author of the Blacktop Cowboys and Rough Riders series as well as the steamy new Mastered series.  She lives in the Black Hills of western South Dakota with her family.  Visit her online at www.loreleijames.com,www.facebook.com/lorelei-james, and www.twitter.com/loreleijames.

Thank you to the the publisher who is giving away one (1) print copy of Bound to one commenter. To enter to win a copy of Ms. James’ book, complete the Rafflecopter form AND leave a comment at the end of this review telling us who your favorite tortured hero is. This contest is open to US Mailing Residents ONLY. Open to readers, 18 years or older, who are legally allowed to participate in such a contest as allowed by their local laws. All federal, state, local, and municipal laws and regulations apply. Void where prohibited. No purchase necessary. By participating in the contest, participants agree to be bound by the decisions of the contest sponsor. Prize will be delivered by the publisher. I am not responsible for items lost in the mail.