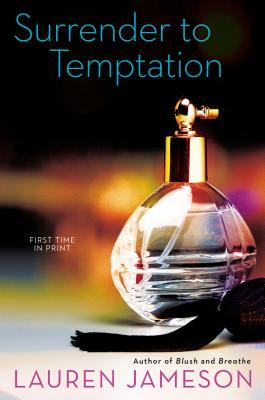 Hey! I totally missed the release of this title as a serial when it was coming out! No biggie… I’m glad I had the chance to read the book in its entirety. In a day. Because the writing is so engaging. Lauren Jameson’s writing style – her depth and breadth of delving into her characters – is nothing short of spectacular. She handles the D/s relationship a bit differently, in my experience, and introduces a new aspect of the lifestyle to readers, too.

Devon Reid is introduced to us as a secretary at the law firm where her fiancé works as a partner or junior partner…doesn’t really matter, because he’s a cheating pile of steaming dog crap. Devon walks in on him banging some petite, skinny chick and doesn’t bother to have a personal conversation to break-off things with him. She’s riddled with self-esteem issues, as she’s curvier than the stick-slim girls that she seems to have always admired. The girls she’s always wanted to be like. Seemed to me like Devon had some pretty decent parents, but they didn’t teach her to love herself the way she is; they layered on expectations that may have seemed unattainable, or made her feel as though she were less just because her goals for herself didn’t really include the objectives her parents thought were important.

Zach is one helluva hot mess. Dude has a huge corporation and has such issues that he doesn’t drive. However, I. Love. Him. So. Hard. As a Dom, he did some things that were a bit unconventional, based on my knowledge of the lifestyle, which endeared him to me even more. Zach’s communication skills actually suck pretty hard. I’m not ever going to condone the type of communication he used. I’m never going to think it’s cool for one partner to shut-out the other and require openness. I suppose that is what grates me about Zach’s character. He does redeem himself in the end, though. And it nearly brought me to tears.

The damaged billionaire trope is getting a lot of use lately. Especially in this genre. It’s a bit overdone, but Ms. Jameson brought a fresh twist to this plot device. You’ll have to read to find out exactly what it is, though. I won’t spoil the awesome OMG moments! Why didn’t I give this title a full A+ rating, since I’ll be gushing about everything? I’m not quite sure… I’ll totally be pimping this book to most of my friends that read the genre, but I’m not sure that I’d re-read it more than once. Does that make sense?

Watching Devon and Zach evolve as a couple was interesting. Readers knew that they were utterly and completely together from square-one. Which I liked. It wasn’t this ‘iffy’ thing. We knew Devon had fallen hard, and there was no way she’d simply walk away for long. After the way she was screwed over by Tom, her ex-, I was a bit off-put that she became so incredibly involved with Zach as quickly as she did – she didn’t take time to heal, nor did she fully resolve and have closure with her relationship with Mr. CheaterCheaterPumpkinEater until later in the book. That was a bit of an issue for me initially, but I was OK with how things resolved later on.

The way that Devon and Zach communicated was an issue for me, as well. It seemed that Zach wanted to be dominant in all areas of Devon’s life. It didn’t seem that she was comfortable with that, and I wished she’d spoken up sooner. I did, however, love how playful they were as a couple. They could lighten things up, and have an intense play session in nearly the next breath. I suppose what I liked most about this title was the way that Devon implicitly trusted Zach with her physical safety. She even seemed to trust him with her emotional safety, to an extent. That, dear reader, is one of the reasons I’m over-the-moon about this title.

And the end?!?! Holy. Cow! Be ready with tissues, because once you hear Zach’s back-story, you’ll need them. Devon has her own issues and can totally relate to Zach’s, which is part of what makes them a good couple, with a believable HEA. The way that Zach wrapped up the story?!?! Um. Wow. I’m completely in awe.

In this stunning romance, Lauren Jameson presents a story of unexpected desire in which two strangers play a dangerous game in the quest for incredible pleasure. But winning comes with a price….

After walking in on her boyfriend with another woman, Devon Reid decides to seek solace in the small California town she’s often visited on vacation. Instead, she finds herself consumed by a mysterious man who sets her ablaze with one simple look.

Devon has always been the good girl, but Zach’s touch turns her into something primal, especially when he persuades her to give up control to him. But while Zach can make her burn, he seduces Devon one moment and turns her away the next.

When Devon starts her new job at Phyrefly Aviation, she learns that Zach is actually founder and CEO of the massive corporation. And while Devon knows she should keep things between them strictly professional, his overwhelming magnetism makes it impossible to stay away….

One response to “Review: Surrender to Temptation by Lauren Jameson”