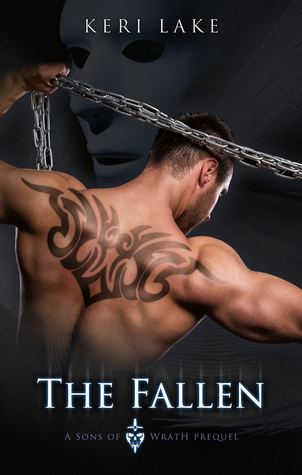 I’m not going to discuss the plot; the blurb does a great job of giving an overview of this title. I do, however, want to talk about all the emotional stuff. Oh, and emotional baggage? These two had it in spades!

Karinna has lost so much in her life. After all the losses, she’s turned herself around and wants nothing more than vengeance. OK. I get that. Hurt what’s mine? Suffer the consequences. I’d do anything necessary to exact retribution. But wow! It was like Karinna was deep under cover for the police or something throughout this story. I loved how tough and no-nonsense she was, and how she clung to her beliefs until the end. I kind-of identified with Karinna. Or I wanted to be like her. I’m not sure which. Either way, she’s a relatable character that is totally kick-arse, and able to take care of herself. Even facing adversity, she remained strong. I admire that.

And Xander? *swoon* This alpha Dominant actually got totally under my skin (like most of Ms. Lake’s alphas do…I think she gets me…). I had fallen in serious lust for this alpha Sentinel by the time I made it to the twenty percent mark. He had me swooning by the mid-point, and I actually shed tears near the end for him. I can’t believe his commitment to Karinna throughout the title. Xander’s inner conflict was evident from the beginning. I couldn’t believe how connected he was to Karinna, and to what lengths he was willing to go, to ensure her safety.

I think what I like the most about this title is the fact that while both characters are seriously damaged, they find one another, and that’s enough. There’s secrets and a bunch of totally f’ed up stuff in this book. It’s MUCH MUCH MUCH darker and more graphic than Ms. Lake’s previous titles. Which I dig. There’s BDSM elements that go to extremes even considering the content of mainstream fiction. While I love this book, and I want all my friends to read it so I have someone to eat ice cream with as we talk about how messed-uppedly awesome it is, this title is NOT for everyone. Even if you’ve read the other two Sons of Wrath novels, proceed with caution. Ms. Lake shows her flexibility as an author with The Fallen as well. The darkness that infuses the entire story isn’t the norm for this series, and Ms. Lake did a fabulous job keeping the tone consistent throughout.

The end? It. Killed. Me. You will need tissues, and someone to hold you, rocking in the fetal position. I have a book hangover right now, and I’m not quite sure what to read next. Besides re-reading The Fallen. Full of beautifully written and expressive characters, an intricate plot, as well as a gritty urban setting, Keri Lake’s prequel to the Sons of Wrath series should be on your TBR. If you’ve not started this UF/PNR series, it’s well-worth your time.

To catch the Fallen, you have to become the very evil you were bred to slay.

Show loyalty. Be willing to go deep into the gritty underbelly of the world, where the vilest acts of human carnage thrive and seep into your mind like a black poison, consuming every part of you that was once good. Ignore your dark cravings and keep to the most important rule of all: never save the mortals.

This is the life of a Sentinel.

Some call us the toughest angels in the heavens. Unbreakable. But even the strong can break in the face of temptation.

Human females have always been the forbidden fruit for our kind—an enticement I’ve resisted for centuries, until she came along.

She wants inside the darkness, where the Fallen own the corrupted streets of Detroit—the perfect bait to take down the biggest crime ring the city has ever known.

I want her. To have her, though, I’ll have to break the rules.

For one taste of the forbidden, I’ll have to commit the most heinous sin of all …

4 responses to “Review: The Fallen by Keri Lake”