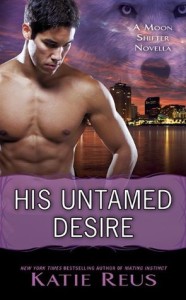 Half a dozen people spilled out from the double doors before Daphne finally made an appearance.

She nearly stumbled in her heeled boots when she saw him.  “Hey.”

There was such a vulnerable look in her dark eyes it made him frown, but she blocked it so quickly he could almost pretend he imagined it.  “I didn’t actually drive.  I walked.  I didn’t say anything before because I knew you’d feel responsible.”

“Responsible?”  What the hell was she talking about?

She made a vague gesturing motion with her hand.  “You know, because I’m Leta’s friend.”

He snorted, but ignored her statement and decided to go with distraction.  “I got a new Ducati.”

Immediately her arms dropped form around herself and she stepped closer to him, the excitement rolling off her in waves.  Even if this was a different kind of excitement than the way she’d been turned on earlier when they were dancing, her jasmine scent teased him mercilessly.  “You did not.”

“I did.”  He grinned at the pleasure playing across her face.  “Maybe I’ll even let you drive it.”

“You’re such a liar.  I remember begging you to drive your old Harley and it was always, ‘when you’re old enough.'” She laughed, the rich sound a balm to his senses.

This was the Daphne he remembered, relaxed and carefree.  “You’re definitely old enough now.”

She sucked in a quick breath but held his gaze.  There was so much heat there it stole his breath.  She looked away first, scanning the street.  “So where is it?”

“Let me drive you home and I’ll show you.”  What he wouldn’t give to feel her arms wrapped around him, her breasts pressed against his back…

“That sounds a lot like blackmail to me.”  Humor danced in her gaze.

“No, blackmail would be if I told you I’d let you drive it in exchange for a kiss.”  He hand no idea why he was pushing when she’d made it clear in the bar that she needed some distance, but he couldn’t help himself.

Her dark eyes widened and she moistened her lips, her pink tongue darting out in a way  that was so sensual because she probably wasn’t aware she’d done it.  “You’d really let me drive your bike for a kiss?  And not just for a measly block or two?”

“You can have it all day if you want.  Do we have a deal?”  He held back a grin as her jasmine scent intensified.  She was definitely turned on and he hoped it was because of him, not his damn bike.

He nearly growled at her flippant words and stepped closer.  When they did kiss, it would be a big deal.  He’d make sure of it.

Her eyes started to flutter closes as he leaned down, and though he desperately wanted to kiss her, to pull her close, he didn’t.  Moving until his mouth was a fraction from her earlobe, he whispered, “I didn’t say it would be on your lips or how long it would last.”