Please help me welcome back romance author Jessica Lauryn to That’s What I’m Talking About. Jessica is here today to talk about her newest title, Dangerous Secret.

Thanks so much for having me back, Jen!  I am thrilled to announce the release of my forth book, Dangerous Secret, which is actually book # 1, or, the prequel story in my current series, The Pinnacles of Power.  Writing a series has been one of the most interesting things I’ve ever done and writing the series out of order has been one of the most challenging!  I’m very excited to share with your readers the unique experience I’ve had writing The Pinnacles of Power Series and how one story wound up turning into five.

When I first began writing, my goal, at least initially, was to complete one full manuscript to submit to an editor for publication.  I began making notes about various elements that I wanted to include in my story and soon after I was ready to begin typing.  I wrote what I then called Loveless Moon, later called Moonlight Path, and eventually called Dangerous Proposal.  I strove to create my own fantasy world where the heroine, Lena, is trying to escaped from her crazed fiancé and runs away to her family’s vacation hideaway, which is actually my own family’s vacation hideaway, North Conway, New Hampshire.  I gave Lena the exact hero I wished I’d meet in such a situation myself, the devilish, funny, dark-haired Alec Westwood.  And by the time I’d reached the end of the story, I realized that I had the potential for a sequel, with Lena’s tough-as-nails roommate Julia Dyson as heroine, and Alec’s brother Colin (who we come to realize has pretty big secrets of his own) as hero.

The idea for a sequel first came to me because I realized that Colin and Julia were highly interesting in and of themselves, would be like oil & water if they met, would have major chemistry, and were screaming for a story of their own.  That’s when I realized there were three other potential couples there as well—Lena’s bad-boy fiancé Lucas and Lena’s younger sister Lilah, Julia’s best friend Abigail & Alec’s best friend Ryan, and Lena’s troublemaking coworker Jack & the woman he’s intensely fascinated by, Corinne Johnson. 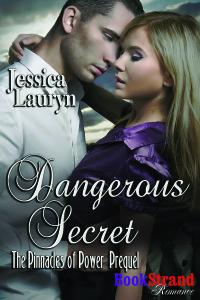 I was still on the path to publication by this point, so after putting Dangerous Proposal aside I started on the book I thought would be the next easiest to write—Julia and Colin’s story, then Playing With Fire, and which I would later call Dangerous Proposition.  From there I went on to Lucas and Lilah’s story and quickly developed a bit of an obsession with Lucas.  (A very good thing for a romance novelist to have with her hero, btw!)  Lucas is essentially the founder of the criminal operation which drives the plot for all five stories—Project Gemstone.  He has many demons to conquer, even more so than my other heroes, and he appears as a villain in the first three stories, book # 1, which I had yet to write (Dangerous Secret) as well as Alec’s and Colin’s stories, Dangerous Proposal and Dangerous Proposition.  It was because I fell so hard and fast for this dark, mysterious bad-boy that I stuck with Lucas’s story (Dangerous Ally) until I made my first sale.

Because I knew the characters well and wanted to strike while the muse was hot so-to-speak, I then returned to Dangerous Proposal, polished it until it was ready for publication, then did the same with Dangerous Proposition.  It was around this time that I also outlined the final two stories in the series: Dangerous Secret, and Dangerous Magic, (book # 5, the final story in the series and currently a work in progress.)

Essentially, when the time came to write Dangerous Secret I had to write backwards.  I needed to take everything that had occurred during the three stories that follow it and figure out what happened before, just as George Lucas wrote the first three Star Wars movies after writing the last three.  I always thought Lucas was crazy for making things so difficult for himself until I found myself in the same boat, doing the very same thing.

Authors must follow the muse in whatever direction it strikes.  Though, I do however intend to work very hard to write my next series in order because it will streamline the process for me and make things a lot easier.  However, it doesn’t always work that way!

I enjoyed writing Dangerous Secret after writing my other 3 stories because I got to imagine what characters I already knew well, like Alec Westwood and Julia Dyson, would have been like 3 – 5 years prior to the existing stories.  And as it happens, Alec is back to being the playboy bachelor he’d been before meeting Lena, and Julia has a long way to go before meeting Mr. Right.  Writing Dangerous Secret has been a trip back in time for me and my characters and we’ve loved every minute of it!

A series comes to an author as IT dictates, not the other way around.  Though I’d be lying if I didn’t say that I am thrilled to have the first four books in The Pinnacles of Power Series now available as they can all be read and enjoyed in sequential order.  🙂  All of my books are stand-alones, however, I enjoy reading every book in a series and I know that readers love it too!

If you love seeing danger throw a reluctant hero and heroine into the throes of passion then I definitely recommend checking out the Pinnacles of Power Series!  Keep an eye out for Dangerous Magic, the final installment, sometime next year.  Until then, beautiful fantasies and happy reading!

Abigail MacKenzie has been trying to put her father’s tragic death behind her.  Set on becoming a teacher, Abigail wants nothing more than to forge a new, happy life.  But when a handsome stranger produces a random clue about her father’s shooting, hopes of finding her father’s killer come flooding back to the surface.  Abigail is determined to get justice for her Dad, even if it means learning the dangerous secret of a man with a will of steel and eyes that cut straight through the wall around her heart.

After making a reckless mistake and a mysterious discovery that cost him his job, medical student Ryan Newberry is happy to accept and position he can get.  But when he realizes that one of the employees who’ll be working under him at the Washington Valley Hotel is Abigail MacKenzie, the sweet, pretty girl he met weeks before, he fears the past might be in danger of repeating itself.  As one discovery leads to another, Ryan quickly realizes that he is sitting on a network of criminal activity.  In spite of the risks, he must keep Abigail safe from the surrounding threats.  He only hopes that his desires for his new front desk associate won’t lead both of them down a path of danger from which he won’t be able to protect them. 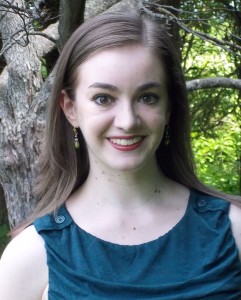 At two years old, Jessica became a devoted fan of both listening to and reciting the books her parents would read to her at night. When she was a little older (about four), she sought a greater challenge in her life, and began making up stories of her own, acting them out with her dolls. “When the dolls got “boyfriends,” she says, “I knew I was getting too old for dolls!”

A life-long lover of romance, Jessica took several writing classes in college, and told her professors she was one-day going to write soap-operas. When graduation came, she joined a critique group, and on a whim, decided to “write a romance novel.” That first attempt will forever be staying under the mattress…

Then, on a train ride to her internship in the fashion industry, Jessica finally cracked open her first romance novel. That hot August morning, she fell head-over-heels for the genre, and has been writing it ever since.

When she’s is not writing, Jessica enjoys listening to as much 80’s music as possible, keeping current with the storylines on Days of Our Lives and The Young and the Restless, shopping for the latest fashions and the prettiest of antiques, and taking long walks in nature where she can daydream about anything romantic. Though she resides in Central New Jersey, her heart belongs to the White Mountain National Forest in New Hampshire.