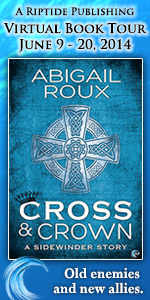 Nick was silent as he looked out on the moonlit fields. They were peaceful now, but it seemed there were echoes of gunfire and cannon blasting, bayonets clashing, men and horses screaming in fear and pain.

“It doesn’t really matter why, or how history writes it down,” Nick said. “The only thing that matters is that every man out there believed in what he was doing. He was standing on this ground, willing to take a bullet fired by his brother, to protect something he thought was worth dying for. That country. That king. That ideal. That land back home. That flag. That man leading him. That man standing beside him.” Nick’s voice filled with emotion and he lowered his head. “The burden of death and bravery in places like this is heavy. I’ve always been able to feel it. Someone should feel it.”

Even if Kelly hadn’t already felt the power of this place, it came through clearly in Nick’s voice. It was holy ground, in its own way, bearing the gravity of the past up in what were now wild green pastures dotted with stone and tourists. The agony of it. The struggle. And Nick believed the same as those men, felt it down to his bones. Call it patriotism. Heroism. Integrity. Honor. That indefinable something that had driven so many men to die for something they felt more important than life also lived inside Nick. It had lived inside their team. And if what he believed in was threatened, he’d do the same as they had done; die defending it.

Kelly’s chest constricted as he looked at Nick’s profile in the moonlight. He had never believed that men like this still existed, not until he’d met Sidewinder.

Nick’s breath billowed in front of him in the cold. His eyes were taking in the battlefield, seeing things Kelly couldn’t see, remembering things Kelly had lived with him. Kelly swallowed hard and set one hand lightly on Nick’s shoulder. He couldn’t think of anything to say, so he didn’t speak at all. 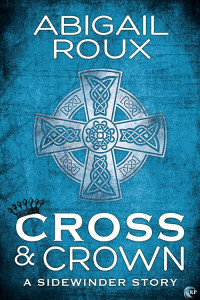 When Nick O’Flaherty arrives at the scene of a double homicide to find he has a witness to the crime, he thinks it’s his lucky day. But when he realizes his witness is suffering from amnesia and can’t even remember his own name, Nick wishes he’d gone with his gut and put in for vacation time.

Then Nick’s boyfriend and former Recon teammate, Kelly Abbott, joins him in Boston, and Nick finds his hands a little too full as the case and his personal life collide. The witness he’s dubbed “JD” is being tailed by Julian Cross, a retired CIA hitman. To complicate matters further, JD forms an attachment to Nick that Nick struggles not to respond to as they search for the key to JD’s identity.

Trying to determine whether JD is friend or foe as they investigate the crime puts them on the trail of a much older mystery. When multiple attempts are made on their lives, Nick is forced to turn to old enemies and new allies to solve a centuries-old crime before he and Kelly get added to the history books.

You can order Cross & Crown directly from Riptide.

Riptide Publishing and Abigail Roux are hosting a tour-wide giveaway for a $100 Gift Card to Riptide’s store. See the Rafflecopter form for details.

Entries close at midnight, Eastern Time, on June 21, 2014, and winners will be announced on June 23rd. Contest is valid worldwide.

Stop back later today for B.’s review of Cross & Crown.