*EDITED: the title of the book is now Third Vampire Shadows 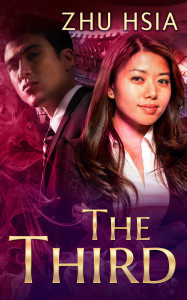 Being a gentleman, Mun Oh waited for her to recuperate, gather her thoughts and come up with a witty reply.  He had anticipated the blank look on her face.  What he hand’t expected, however was the frog-like smile slowly spreading on her face right before she spoke.

“How would I know where that damned place is?” She smirked.  “I bet you’re the only one at this table who knows about it.  It’s not even worth knowing about.”

She looked at her father, hoping to get some hints of assent.  But Kim Junjin bit his lip, signaling an “uh-oh” moment for her.  Ji Sun quickly concentrated on her food, apparently not wanting to join in the disastrous conversation.

Kim Junin scratched his head.  “Actually, I … I kinda know about Ouagadougou.”

“Errmm… it’s the capital of Burkina Faso, in the central part,” he explained nervously.  He glanced at a grinning Mun Oh.  “Right?”

Mun Oh slowly nodded.  “Right you are… Ouagadougou is the capital of Burkina Faso.”

“And Burkina Faso was called the Republic of Upper Volta when it gained independence from France in 1960!”  Kim Junjin added excitedly.

Hyeon Jin was now positively livid, but it wasn’t enough for the relentless Mun Oh.  He gazed at his sister who was observing the exchange of ideas like a tennis game.

“Umm… I like it how they often shorten its name to Ouaga,” she commented shyly.

Mun Oh returned his gaze to Hyeon Jin, who swallowed a large chunk of pineapple, annoyed.

“Hmm… Seems like you’re the only one in this table who doesn’t know where Ouagadougou is, huh?”

Hyeon Jin dropped her fork with a loud clatter.  “Did you know that your name means OCTOPUS in Korean?”” she blurted out, the vein in her forehead throbbing madly.   “Ha!  What kind of name is that?  Maybe your parents think you look like one!”  She laughed aloud maniacally.

An embarrassing silence ensued.  Nobody joined in her laughter.

Ji Sun cleared her throat loudly, catching Kim Junjin’s attention.  The latter blinked twice and then cleared his throat, too.

“You know what?  I think you should tutor my daughter.  I mean, you’re such a smart boy.  I’m quite impressed!  Maybe you could help her with a few of her subjects – ” he said to Mun Oh, carefully glancing at Hyeon Jin before adding “especially English.”

“What?” Jin snapped at her father, who jumped in his seat, startled.  “Why do I need a tutor all of a sudden?”

“Well… It’s not really ‘all of  a sudden,'” Kim Junjin pointed out.  “you already needed a tutor badly, even before Mun Oh came here.”

“I can accept anyone but him.”

“I can tutor her for free,” Mun Oh offered earnestly.

“What?” Hyeon Jin snapped again, this time at Mun Oh.

“That’s great!”  Kim Junjin remarked cheerfully, ignoring Hyeon Jin’s piercing glare.  “It’s all settled, then!  You can tutor her in English, geography, history, math, science…” he paused to think.  “Well, I think you need to cover almost everything… Is that okay with you?”

“What?!” Hyeon Jin exclaimed, her eyes widening in shock upon hearing her own father bash her in front of this total stranger.

Mun Oh shrugged and sipped some water.  “It’s totally fine with me.”

“Okay, then!  Let’s all take a rest for now and have a good start tomorrow!”  Kim Junjin said, drowning out Jin’s objections.

“Hey!  I’m talking here!  I said-” Hyeon Jin started to say, but everyone seemed to be in such a hurry to leave the table that no one paid her any heed.

Kim Junjin helped Ji Sun clean the table and wash the dishes while Mun Oh strode over to Hyeon Jin’s room, humming to himself.

“You little jerk!” Hyeon Jin hissed, getting up from the table and beating Mun Oh to her room.

“HEY! Where do you think you’re going?” she yelled at him.

Jin gritted her teeth.  “Ouadogaogou, my ass!  Do you think I’m just going to let you sleep in MY room after what you did you — you little SUCK UP!”

“It’s Oua-ga-dou-gou,” he corrected slowly.  “And I can’t remember doing anything to piss you off.”

“You guys, turn off the lights in the hallway before you go to sleep, okay?” Kim Junjin called out as he passed them, overlooking the fact that the two were clearly not yet finished getting on each other’s nerves.  Jin Sun came after him without a single word.

Mun Oh stretched his arms upward.  “Could you move out of the way?  I’m kinda sleepy now.”

Hyeon Jin opened the door and quickly locked it behind her before Mun Oh could react.  The latter started banging on the door.

“Open up, you twit!  I don’t have time to play an immature game with you!”

“Sleep on the couch,” Hyeon Jin called out.  “I bet there are no beds in Ouadoogadoug…”

“IT’S OUAGADOUGOU, freak!”  Mun Oh shouted.  “IF YOU DON’T OPEN THIS UP IN THE NEXT FIVE SECONDS, I’M GONNA–”  He stopped himself, realizing what he was about to say.

He was just about to tell her if she didn’t open up, he would suck her dry.  Good thing he was able to control himself.

He heard her walk away from the door and settle on the bed.  Admitting defeat, he strode back past the kitchen and into the small room where two wooden chairs and one long, old-looking couch were set up in front of the flat-screen TV.  He eyed the long couch anxiously.

“Unbelievable,” he muttered, shaking his head.  He could not believe that that mere human girl had had the last laugh.

But as he lay down on the couch, curling up because it was too small for him, he thought that this was just the beginning.  He was not just an ordinary bloodsucker – he was LEE MUN OH.  A future legend.  And legends did not go down in history as someone who lost in a “last laugh war” with a mere human.

Especially a GIRL, he thought furiously.  I’m gonna make your life so miserable, you’d beg me to just bite you.