“So at ten o’clock on Wednesday, five clowns—probably males—jumped out of a moving van parked in the alley behind your house and started singing ‘Oklahoma!’—do I have it right so far?”

“Did they seem to be looking up at you, singing it to you?”

She hesitated, then said, “I’m not sure. They glanced in my direction every now and then, but they didn’t stand still and serenade me. They moved around, danced, and did high kicks and cartwheels.”

“They climbed back into the van and drove off.”

“Were they all in the cab, or were some riding in the back?”

“Did you see anything in the van itself? Furniture?”

“I didn’t get a good look at the back. The angle was wrong.” 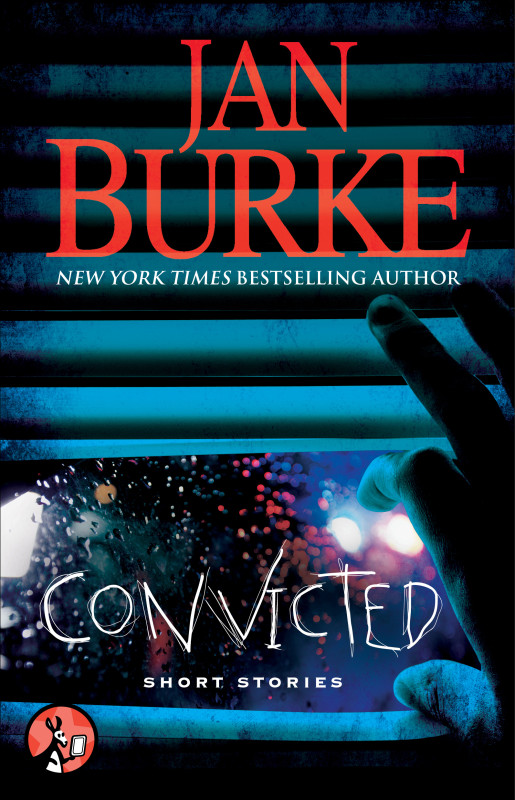 I looked at my notes. What hadn’t I asked?

“What about the van itself—Bekins? Allied? North American?—what moving company?”

She was shaking her head before I finished. “Not a moving company. It was a rented van. Las Piernas Rentals.”

“Local rental company with three locations, all within town. If it had been one of the nationals, the truck could have come from anywhere. License-plate number?”

“No, again, I couldn’t see it from that angle.”

I tried to come up with vehicles to compare it with, which didn’t work with her, but when I got her to say how much of the Mickelsons’ house the van had blocked, I had a reasonable idea. Another idea struck me.

“Did you see a number on it? Most rental companies paint numbers on their trucks, to keep track of which ones they’re renting, I suppose.”

“I looked for one, but it had a big piece of paper taped over it—like butcher paper, maybe?”

I hesitated, telling myself that I needed to separate latenineteenth- century fiction from the present problem. Unfortunately, I couldn’t get it out of my mind.

“Cokie, are there any banks or businesses on the other side of the alley?”

“Anybody doing any kind of business out of a house that you know of?”

“I mean any kind of business. Any pot growers? Drug dealers?”

“No! We did have a problem when Auggie and Andrea Sands lived at the end of the cul-de-sac, but their mom kicked them out. That was about three years ago.”

“She kicked them out for selling drugs?” Lydia asked.

We had known the Sands twins in high school. Always in trouble.

“Kicked Auggie out for selling drugs, and Andrea for banging her boyfriend in the living room. Their mom came home early with a friend from work. Guess that was the last straw.”

“How did their mom find out that Auggie was dealing?”

“One of the neighbors told her.”

“No. I didn’t want to mess with those people.”

“Do Andrea and Auggie know you weren’t the one?”

She frowned. “They should. They have no reason to think I would tell on them.”

I exchanged a glance with Lydia and moved on.

“Anyone in the neighborhood angry with you?”

“You think singing clowns is a sign of aggression?”

She smiled. “I’m so glad you see it that way. My parents think it was something fun, as if I have a secret admirer. But it doesn’t feel that way to me. It seemed to me that someone wanted . . . well, to ridicule me.”

I bent my head over my notes and hoped my hair hid my blush. I certainly felt ashamed of my meaner thoughts about her.

“It seems crazy to think that,” she went on, “but . . . it didn’t make me happy, it made me feel as if I had been targeted, and someone went to a lot of trouble to do it. I’m a little scared by that. But I can’t think of anyone who would feel that mad at me. I get along with my neighbors. I’m one of the last young people still living on our street, and I try to help my older neighbors. I visit them. I run errands for them.”

A passage in “The Red-Headed League” came to mind:

“As a rule,” said Holmes, “the more bizarre a thing is the less mysterious

it proves to be. It is your commonplace, featureless crimes which are

really puzzling, just as a commonplace face is the most difficult to

Easy for him to say. But was there some commonplace crime hiding beneath all that clown makeup?

“Cokie, what would you normally be doing on a Wednesday morning at about that time?”

“Normally, I’d be playing canasta with the widows.”

“I hate to admit it, but I don’t understand.”

“Yes, I even know how to play it. Who are the widows?”

“Oh. Three of my neighbors. One day Mrs. Redmond—she’s across the street and one house down—mentioned to me how much she loved the canasta parties that used to be held on thestreet. I talked to a couple of people about it, and long story short, we started playing canasta at her house on Wednesday mornings.”

“Who are the other players?”

“Who knows that you do this?”

“Everyone on our street.”

“So because of the clowns, you arrived late?”

“No, we didn’t have a game that day. Mrs. Harding was . . . out of town. Mrs. Lumfort had a doctor’s appointment. Mrs. Redmond’s beautician had asked her to move her hair appointment to that morning, so because it was just going to be the two of us, she asked me if I’d mind just canceling. I told her it wasn’t a problem.”

“You hesitated about Mrs. Harding. What was going on with her?”

“Nothing. She went to a lawyer’s appointment with one of her granddaughters. Kayla just moved in with her.”

That name was vaguely familiar. Why did I know it?

Gio was five years older than Lydia, and the list of girls he dated in high school was only slightly shorter than the list of female students in his graduating class. The fact that he hadn’t been burned in effigy years ago spoke to his abundant charm. Lydia claimed he genuinely cared about all of them, which seemed unlikely.

“Friend of yours?” I asked.

“Yes. I’m not close friends with Mindy, either. I just see her when she visits her grandmother.”

“That can happen when you’re trying to show the world you aren’t like your troublemaking sister, right?” Lydia said.

Cokie and I shrugged.

“Think of your sister, Barbara,” Lydia said to me.

“Mindy is Kayla’s half sister,” the ever-informative Cokie said. “Their father is on his third marriage. Widowed once, divorced once, and the third seems to be the charm. So Mindy just claims that she’s ‘only’ a half sister when she gets annoyed at Kayla.”

“Yeah, well . . .” I glanced at my watch. “We’ve got a couple of hours to try to find the Las Piernas Rentals location that rented out the van.”

I used the Yellow Pages in the phone book to get the three addresses and phone numbers of the rental places, then opened the Thomas Guide, a book of detailed maps of Los Angeles County that only a fool would try to live without. A lost fool.

Cokie readily agreed to come along with me, but Lydia, thinking of the discomfort associated with being the third person in a Karmann Ghia, opted out.

Continue reading the excerpt at XOXOAfterDark!

Convicted is a mini-anthology containing a brand-new short story, “The Anchorwoman” featuring a young Irene Kelly, plus three stories from the highly acclaimed Eighteen print anthology: “Revised Endings, “Devotion,” and “The Muse.” Jeffery Deaver, #1 New York Times bestselling author of The Kill Room, praised Eighteen as “Astonishing…wry…these stories are sure to delight.” And New York Times bestselling author Jonathan Kellerman says, “A delightful collection of page-turners. At turns chilling, funny, poignant—and always insightful. With these stories, Jan Burke’s at the top of her game.”

Pocket Star is generously donating five (5) digital copies of Convicted by Jan Burke to give to five (5) lucky commenters. To enter, please leave a comment at the end of this post, and be sure to include contact information if it’s not included in your profile. The giveaway is open until Friday July 25, 2014 at 12:00 AM (midnight). Winner(s) chosen at random from all eligible entries. This contest is open to U.S. residents only, where not prohibited by law. Open to participants, 18 years or older, who are legally allowed to participate in such a contest as allowed by their local laws. All federal, state, local, and municipal laws and regulations apply. Void where prohibited. No purchase necessary. By participating in the contest, participants agree to be bound by the decisions of the contest sponsor. Winners will be given a code to redeem on the Simon & Schuster U.S.’s page; must be redeemed within one year. This blog nor its reviewers or owner are not responsible for items lost in the mail. By entering this giveaway, participants agree to abide by these terms.