For a couple of years now, my good friends Jennifer (The Book Nympho), Liza (Blogging by Liza), Felicia (The Geeky Blogger’s Book Blog), Marquetta (Love to Read for Fun), and others have been touting audiobooks. And my continual reply was “I don’t do audiobooks.”

Let me tell you, it wasn’t for lack of trying! I attempted to listen to an audiobook a few times, but I never was able to really enjoy the book. I tried when exercising, doing housework, just relaxing on the couch, etc. And before you mention it, my commute was only 10 minutes for many years; just not long enough to listen in the car. Anyhow, I found that I had problems listening to an audiobook because I continually would start focusing on what I was doing, and then suddenly I’d realize five or ten minutes had gone by and I had no clue what happened in the story. It just wasn’t effective for me. 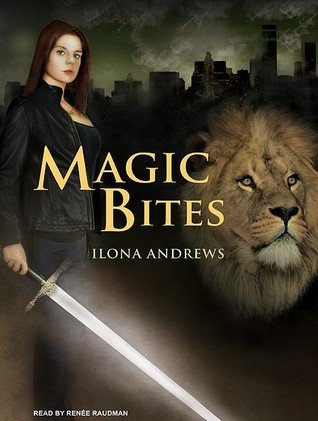 I also couldn’t wrap my head around listening to books for reviews. I am an avid notetaker and highlighter. I like to look up words. I like to go back and search for names or events that happened earlier in the story. These are all things that I can’t do with audiobooks.

Then earlier this year, I decided I REALLY wanted to re-read my favorite series, The Kate Daniel series by Ilona Andrews, but I just didn’t know how I’d find the time. It was at that time that my group of friends strongly urged that I listen to the series instead, citing Renee Raudman as one of the premiere narrators. The facts that 1) I’d already read the series and 2) wasn’t doing it for a review were pluses… If I missed a scene here or there, it wouldn’t impact my enjoyment. Also, when I started walking this year, I usually spent the time listening to my favorite podcasts. Now I could listen to the books during that time. Finally, I now have a 30 minute commute, making drive time a solid listening time.

So I did it. I got the first Kate Daniels book, Magic Bites, on audio on loan from my library. Here were my initial thoughts:

I like the narrator. Easy to listen to, especially since it is a first person female POV. It’s not exactly how I imagined Kate’s voice, but after a while I was immersed in the sounds.

Regular speed is too slow. I up’d to 1.25 speed. This is better – more like conversation.

I don’t like Kate’s whimpers. They are too whiney – not how she would sound.

I don’t like being able to mark notes and highlight sections. I also don’t like that I can’t visually look ahead to see when there is a non-chapter break in the text where I can easily stop.

I have horrible memory. I don’t like that I can’t easily go back and search for a part of the book I want to re-read (re-hear).

Those were my thoughts as I read and completed that first audiobook. What I didn’t notate, but mentioned to friends, is that I found there were parts of the book that I didn’t remember from reading it the first time. It’s not even like I forgot them and once I heard them I recalled the scenes or facts. Rather, there were parts I just didn’t recall I’d ever read. I don’t know if it’s because I read over those parts too quickly and the audio forced me to hear them, or what… but I liked this aspect of my audio experience.

I enjoyed that first book enough that I quickly started with the next one, and by the time I was on the fourth book, I was hooked. Now, Magic Bleeds (Kate Daniels #4) is one of my favorite books ever, and the audio experience really enhanced that. By this point, Renee Raudman IS the Kate. She’s also Curran, Doc, Julie, Aunt B and others. Each character comes alive to me through her narration. I found that not only was I used to how to listen to an audiobook, but Renee had really found her stride, with each voice developed and solid. And I couldn’t put the earbuds down! I found that I was listening to the book at every possible moment – just like I do with books I love to read. 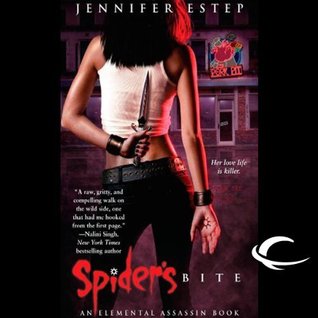 I quickly finished the Kate Daniels series (so that I could read the upcoming Magic Breaks, book #7), and was blown away. I found that the emotions I experienced the first time around were still there, in many cases just as strong, if not more so. In Magic Rises, my favorite book of the series, I couldn’t stop crying during some of the more poignant dialogues and horrific scenes. I wanted to listen to it over again right away! And let me tell you, I am already anxious to listen to Magic Breaks – I wouldn’t feel complete without listening to it as well as reading it.

So I haven’t listened to an audiobook in a couple of weeks now, and honestly, I feel out of sync. I miss it. So I’m going to tackle another series I’ve had on my TBR for a while – Jennifer Estep’s Elemental Assassin series. I never read the first five books (gasp, shock, I know!), and now I will listen to them, confident in the knowledge that I can and do, in fact, enjoy listening to audiobooks (when doing so for pleasure, not reviews! I’m not ready to tackle that one, yet!)

PS. I really wish sites like GoodReads would allow me to add the audiobook edition as a separate and unique book rather than mashing the text and audio versions and only allowing ONE to show up on your shelves. On Booklikes, I am able to add them separately, so it looks like Booklikes has the advantage there!

18 responses to “I #amlistening to Audiobooks!”