A Heart of Ice 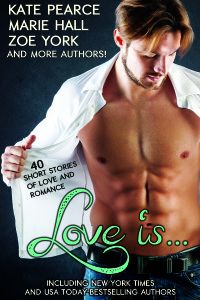 as part of the Love Is… Anthology
Author: Hailey Edwards
Reviewer: VampBard
Rating: A

It’s no secret that I’m a HUGE fan of Hailey Edwards’s Aranaea Nation series. Needless to say, I JUMPED at the chance to read this prequel novella to the series. It was so cool to see Isolde as a young adult, with her impulsive tendencies, and knack for trouble.

But, this short isn’t about Isolde. We are presented with the story of Reine and Ennis. Although this is quite short (roughly 10K words – forty pages in a WORD doc), Ms. Edwards gets readers back into an Araneidae nest during summer. We see some secrets, and see some background on Isolde. Most importantly, we learn about the current Maven and her husband, as well as intimated reasons for marrying off Reine post haste. Naturally, Isolde plays a role in Reine meeting Ennis. ☺

Ennis: dude is FULL of swagger. His confidence is amazing, the way he treats Reine during their ‘courtship’ is beautiful. And, dude is selfless when it comes to Reine.

There’s a bazillion things I could say about A Heart of Ice, but even readers new to the Araneae Nation can easily become invested in this paranormal romance series. Personal note: December 2014 the fifth book in the series, A Veil of Secrets, is scheduled for release! **happydance**

Reine knows marriage isn’t about love. It’s about making the best bargain you can with what you have and then living with the consequences. Wedding vows are alliances given voice, and I do is on the tip of her tongue.

Ennis is a man on a mission to woo the future Araneidae maven, whether she wants him or not. Her clan is wealthy, prosperous and in dire need of the one thing his people have to offer—protection. But one look at her and all thought of his obligations vanish. He’ll court Reine, but he wants the feisty heiress all to himself.

Forced to entertain offers from her bevy of suitors, Reine is torn between duty to her people and loyalty to herself. Ennis is the man she wants, but is he the future paladin her fragile clan needs? She can choose to lead with her head or, for once, she can follow her heart.

3 responses to “Quickie Review: A Heart of Ice by Hailey Edwards”